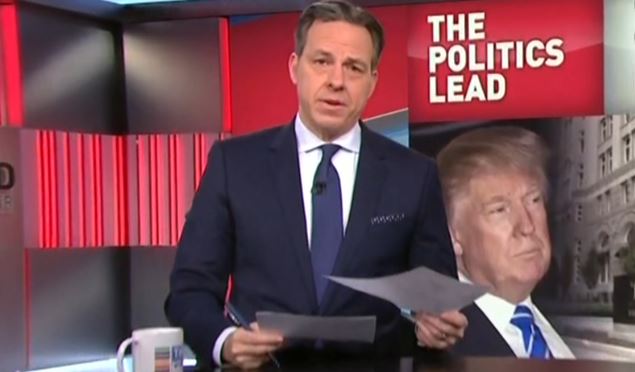 On Wednesday, Slate had a sensational headline accusing Donald Trump campaign manager Kellyanne Conway of telling an audience at a Politico event that “Women With Kids Shouldn’t Take Jobs in the White House.” The only problem? It was a complete misrepresentation of what Conway actually said.

CNN anchor Jake Tapper was quick to call out the liberal news site for it’s inaccurate reporting, taking to Twitter to inform readers: “2 women I know who attended this event say this headline/piece are ridiculous and false and say it totally twists what Conway said.”

2 women I know who attended this event say this headline/piece are ridiculous and false and say it totally twists what Conway said. fwiw https://t.co/XwszKdabRG

As Mediaite’s Alex Griswold observed: “Reading the actual story, Tapper and his sources appears to have a point,” citing Politico’s own write-up of the event, which described how Conway “implied that it would be nearly impossible for her to take on an official White House role and be a mother to her four children.” The piece went on to quote the Republican operative directly:

“I do politely mention to them the question isn’t would you take the job, the male sitting across from me who’s going to take a big job in the White House. The question is would you want your wife to,” Conway said, describing conversations she’s had with male colleagues. “Would you want the mother of children to? You really see their entire visage change. It’s like, oh, no, they wouldn’t want their wife to take that job.”

Clearly Conway was discussing the reaction of her “male colleagues” to the idea of one of their wives taking a White House job, not making a general statement that women with children should not serve in an administration.