NBC to Ben Carson: ‘Welcome to the Big Leagues’ 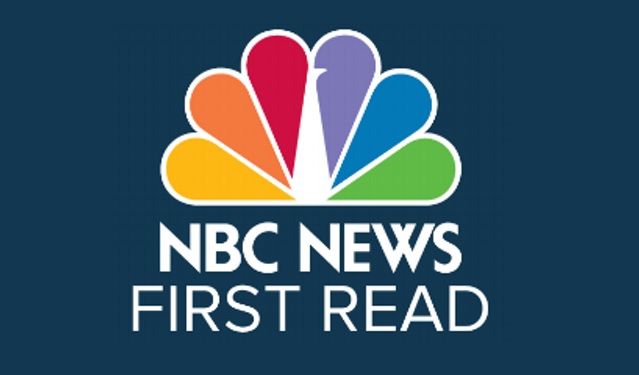 In an effort to dismiss Ben Carson’s charges of media bias, on Monday, NBC’s First Read condescendingly proclaimed: “Welcome to the Big Leagues, Ben Carson.” The political analysis authored by Meet the Press moderator Chuck Todd, senior political editor Mark Murray, and political editor Carrie Dann further declared: “If you can't deal with media scrutiny as a candidate, you won't be able to handle it as president.”

The trio argued: “And while our system of picking a president is imperfect – especially when it comes to the news media's role in it – do realize this: It's maybe the closest simulation to actually being in the Oval Office.”

Trying to discredit Carson’s claims of a media double standard, First Read cited the amount of coverage given to past controversies surrounding Democratic presidential candidates:

We found a combined 165 New York Times and Washington Post articles that were all (or partially) about Barack Obama and Jeremiah Wright between the time Obama first launched his presidential bid (Feb. 2007) and his 2008 victory (Nov. 2008). During that same time period, we found an additional 41 New York Times and Washington Post pieces on Obama and Bill Ayers. And from the start of her campaign (April 2015) until now, we discovered a combined 44 NYT/WaPo articles about Hillary Clinton and her email server. Our friend Chris Cillizza of the Washington Post even wrote a post entitled: "Why I've written 50 posts on Hillary Clinton's emails." Bottom line: When you're atop of the presidential polls, you're going to get scrutiny –  lots of it.

Notice that they didn’t actually mention the substance of all those articles or how many merely mentioned the issues without going into detail.

On Monday’s Today, co-host Matt Lauer was incredulous at the idea that Carson was getting worse treatment in the press that Obama or Clinton:

Dr. Carson is saying that he is being targeted, not vetted. And if he says he is being vetted, he says he is being vetted more severely than anyone else, including Barack Obama, who faced years of birther questions, and Hillary Clinton, as you just mentioned, who’s faced decades of questions about her marriage, her personal life, her e-mails, 11 hours in a chair in front of Congress just a couple of weeks ago. Is he being more severely vetted than anyone else?

In 2008, following an address Barack Obama made regarding Jeremiah Wright, the broadcast networks could not contain their excitement in praising the speech. After that, the media declared the controversy over.

The fabrications in Obama’s own biography were ignored by the press.