Forget All the Problems With ObamaCare, There's a New White House Dog!

Rather than focus on the myriad of problems plaguing the implementation of ObamaCare, on Tuesday, all three network morning shows instead provided coverage of the First Family getting a second dog. On NBC's Today, White House correspondent Peter Alexander happily announced: "Move over Bo, there's a new dog in town, Sunny. And for her inaugural play date, the White House released it's own music video. A pair of presidential pets frolicking on the South Lawn, that'll get tails wagging." [Listen to the audio or watch the video after the jump]

On ABC's Good Morning America, news reader Elizabeth Vargas reported: "The one-year-old female Portuguese water dog is described as full of energy and very affectionate. First Lady Michelle Obama took to Instagram to make the announcement, tweeting, 'So excited to introduce the newest member of the Obama family – our puppy, Sunny!'" On CBS This Morning, co-host Charlie Rose declared: "That is the same breed as Obama's other dog, Bo....The two dogs appear to be getting along just fine."

While the broadcast networks were busy gushing over the First Family's latest pet, on Sunday, the Chicago Tribune, usually one of President Obama's biggest promoters,  published an editorial piece entitled: "How President Obama is Flouting ObamaCare; More Reasons to Delay and Rewrite This Ill-Conceived Law."

In part, the article read:

The Affordable Care Act, aka Obamacare, is a hugely complex law that sets up online health insurance marketplaces, requires people to have coverage or pay penalties, and doles out subsidies and incentives to nearly everyone in health care. Doctors, hospitals and insurers have spent large sums to gear up for its requirements. Employers are mulling: Hire? Fire? Cut workers' hours?

Millions of Americans, that is, stand to gain or lose from how this law is enforced — with the Obama administration bending that enforcement in ways that test, and arguably exceed, the boundaries of lawful conduct....

Bottom line: Let's delay and rewrite this ill-conceived law. Congress need not start from scratch. Lawmakers can build on what all of us have learned from three years of painful trial and error. Three years of attempting, but failing, to make this clumsy monstrosity work for the American people.

Here is a full transcript of the two-minute August 20 report on Today about the new First Dog: 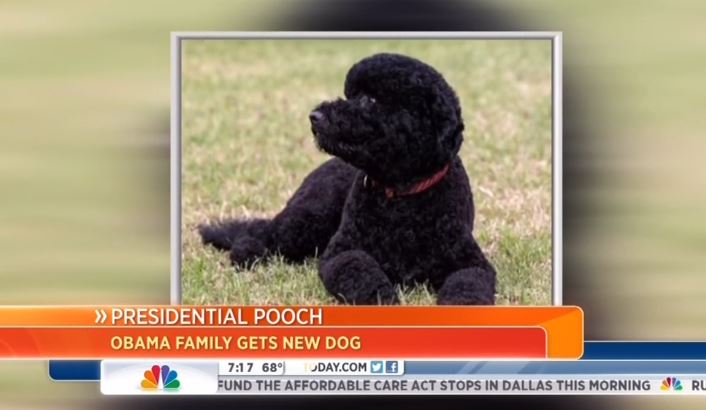 SAVANNAH GUTHRIE: The First Family is a little bit larger this morning. The Obamas are welcoming their second dog, named Sunny. NBC's White House correspondent Peter Alexander has more on this story. Peter, good morning to you.

PETER ALEXANDER: Savannah, good morning to you. If you're a dog, the grass doesn't get a whole lot greener than moving in here at the White House. Just think about it, a sweet pad sitting on 18 acres right in the heart of the nation's capitol. And from the look of things, Sunny Obama's fitting right in.

Move over Bo, there's a new dog in town, Sunny. And for her inaugural play date, the White House released it's own music video. A pair of presidential pets frolicking on the South Lawn, that'll get tails wagging.

The First Lady tweeted, "So excited to introduce the newest member of the Obama family – our puppy, Sunny!" Just 14 months old, Sunny is a Michigan native named for her cheerful personality, the First Family says. A hypo-allergenic Portuguese water dog just like Bo, because Malia Obama has allergies. While Bo fulfilled the President's 2008 campaign promise to his daughters.

BARACK OBAMA: And you have earned the new puppy that's coming with us to the White House.

ALEXANDER: Sasha or Malia must have sweet-talked dad this time around.

OBAMA: And I'm so proud of you guys. But I will say that, for now, one dog's probably enough.

ALEXANDER: In 4 ½ years, big brother Bo has won the nation's affection, helping out with official duties, boarding Air Force One, even gracing the cover of the New Yorker, but always stealing the spotlight.

MICHELLE OBAMA: This is exactly what he does at home. 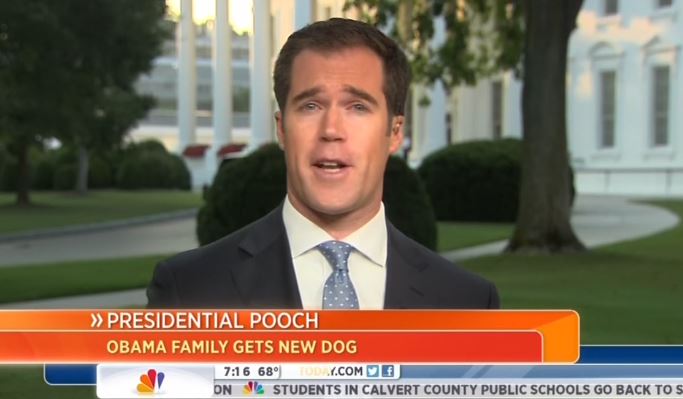 ALEXANDER: These days the Obamas are celebrating their newest fetching addition to the family. And in honor of Sunny, the Obamas are making a donation to the Washington Humane Society. You know, guys, one thing is for certain for the foreseeable future, the White House Press Corps, I think, is going to be doubly careful to watch where it steps.

GUTHRIE: Yeah, treacherous area there. Peter, thank you so much. You know who could not be reached for comment?
MATT LAUER: Who?

NATALIE MORALES: I wonder how Bo's handling this?

LAUER: And in a preemptive strike with my kids, one dog, two cats, and a rabbit are enough, kids. We're not going any further.

AL ROKER: And no Secret Service.