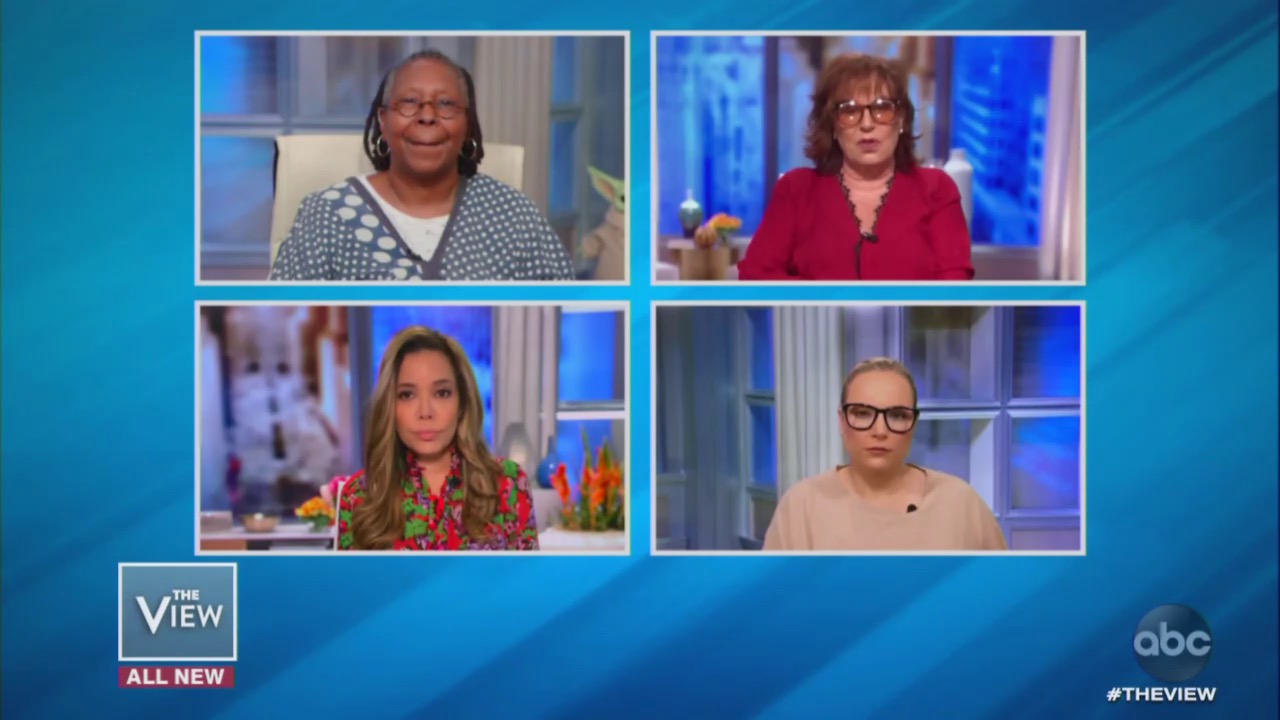 After new Press Secretary Kayleigh McEnany torched the media during yesterday’s press briefing, the liberal hosts of The View spent their show Thursday acting offended and outraged on the press’s behalf, and tried to smear her as a liar and a hypocrite.

“She said in her first conference, Whoopi, that she would never lie. She’s already broken that promise. She broke that promise during her first press briefing,” co-host Sunny Hostin gushed, without offering any examples. She went on to exclaim how “shocking” it was for McEnany to downplay the need for every American to get tested before reopening the country and returning to work:

When it was Meghan McCain’s turn to respond, she focused more on how the media and even the medical experts haven’t been consistent in what they’ve been telling us, from comparing it to the flu to not wearing, then requiring face masks. She forcefully argued how devastating the repercussions would be on our society if we continued to be in a state of national lockdown:

[S]ome of the questions I would like to be answered and whenever they do another press conference is, there has been 1,000 percent increase in government suicide hotline calls. Think about that.1000 percent increase. We have the worst unemployment numbers that just came out today. In the last two months, they are higher and far worse than before the Geat Depression….

McCain said we needed a plan and more testing or, “This is going to be far more egregious than any crisis any of us have seen in all of our lifetimes. It is going to make things that look like happened in a science-fiction movie, a fantasy.” She did end her rant by saying the White House needed to “get on top of this” with a plan and more testing.

Unfortunately, her co-hosts chose to ignore her arguments and continued to bloviate on with their same talking points.

Joy Behar complained about McEnany, “She never really answered that question...She just walked off sort of embarrassed, I think.” Behar doubted that the press secretary would be willing to send “her kids to school” or summer camp without having every person tested. Behar even claimed that she was a hypocrite because she had “professionally applied makeup:”

"Excuse me Miss McEnany, you are wearing professionally applied makeup. So darling were you willing to have someone apply it without being tested?" Behar sneered.

Afterwards, Whoopi briefly got her two cents in: “I’m saying it right now, I don’t think you have any respect for the American people!” she scolded.

For all their complaining about McEnany not “answering the question,” (which, she actually did briefly,) The View hosts conveniently ignored what McEnany said about the media’s own mixed messages, which was supposed to be the topic of discussion, (or at least that’s what the hot topics chyron said at the top of the segment).