What? ABC's Karl Claims Allegations Against Biden 'Being Covered' by Media 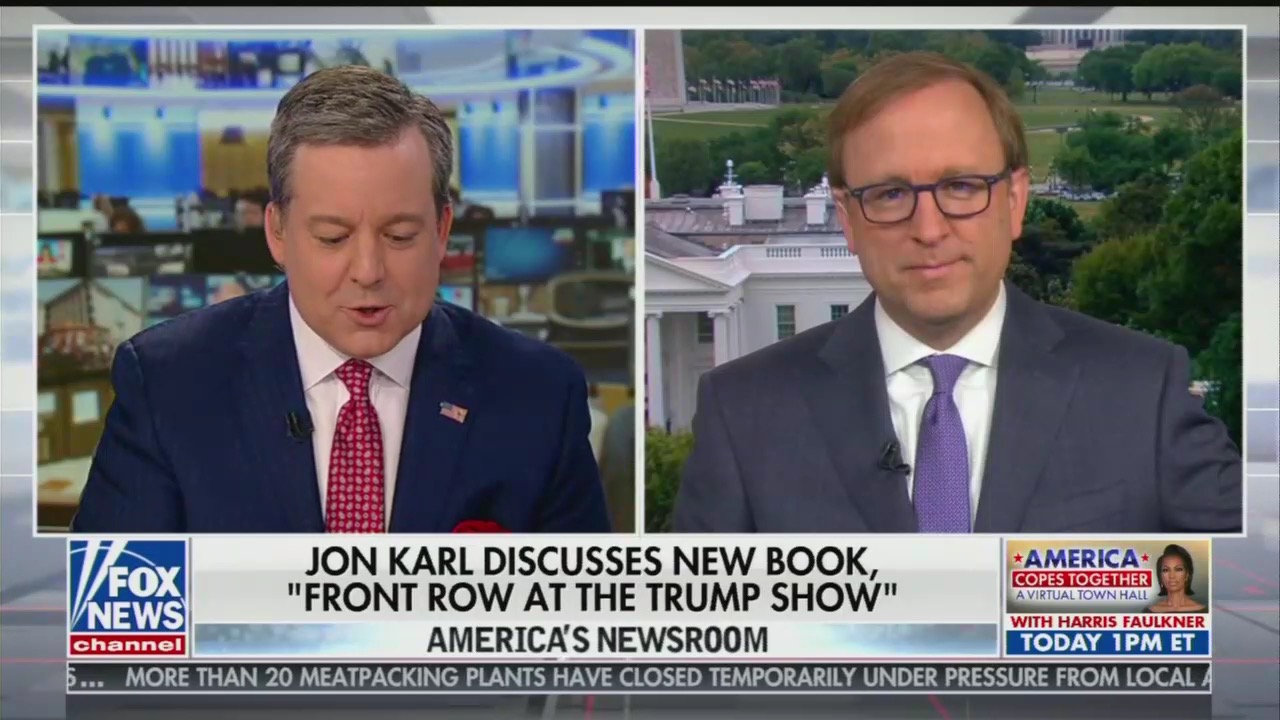 Apparently someone needs to give ABC’s Jonathan Karl a heads up on what his own network is ignoring. Appearing on Fox News this morning to promote his new Trump book, the ABC White House correspondent defended the media’s near blackout of the sexual assault allegations against Democrat frontrunner, Joe Biden. Karl absurdly pointed to a Washington Post story from this morning as evidence that the media as a whole was reporting the allegations, when even his own network’s broadcast news shows refuse to cover it.

On FNC’s America’s Newsroom Wednesday, Karl was there to talk about his book detailing his experience as a White House reporter, but host Ed Henry did press him on the media’s failure to cover the Biden allegations, with his second question. Henry even brought up the media’s double standard in going after Justice Kavanaugh whole-heartedly while skipping over Biden:

Let’s deal with the elephant in the room. Known you a long time. Some of our viewers are going to watch this and will say Justice Kavanaugh was treated horribly by the media. Joe Biden, they think he’s getting very light treatment. And they see you and some of your colleagues in that briefing room and they say you are just playing gotcha. Here's your fair chance to respond.

Karl couldn’t very well admit his network was not giving this story its due attention. So he pointed to a online story that ABC posted Wednesday morning, over a month after the allegations had been made public. Strangely, Karl claimed that, plus a Post headline this morning, was evidence the media was covering the allegations:

Well, look in fact ABC News just uh, is about to post a story on the allegations against Joe Biden. When I go into that briefing room, I’m not asking questions of Joe Biden. If I was, it would be a different set of questions than when I'm asking questions of Donald Trump. There is no question, Ed, that these allegations against Vice President Biden are going to have to be answered for, he's going to have to answer these questions I think you are seeing the story as more evidence has come forward, it's being covered and in fact I think it's on the front page of The Washington Post today.

That ABC News.com report repeatedly characterized the allegations against Biden as a political attack from the Trump campaign and “conservative pundits”. Interesting that ABC News’s own reporters don’t see how they are the ones who are supposed to be investigating these type of allegations from presumptive presidential candidates.

What Karl didn’t mention is that no television broadcast of ABC News has even mentioned Tara Reade, even though their newscasts have spent reports covering his Vice President shortlist and Hillary Clinton’s endorsement this week.

ABC isn’t the only network ignoring the claims. NBC is also guilty of a blackout. CBS spent barely over a minute covering the allegations. CNN, the network whose own Larry King video lends credible evidence to support Tara Reade’s story, still buried the news, until NewsBusters uncovered the 1993 clip from our archives.