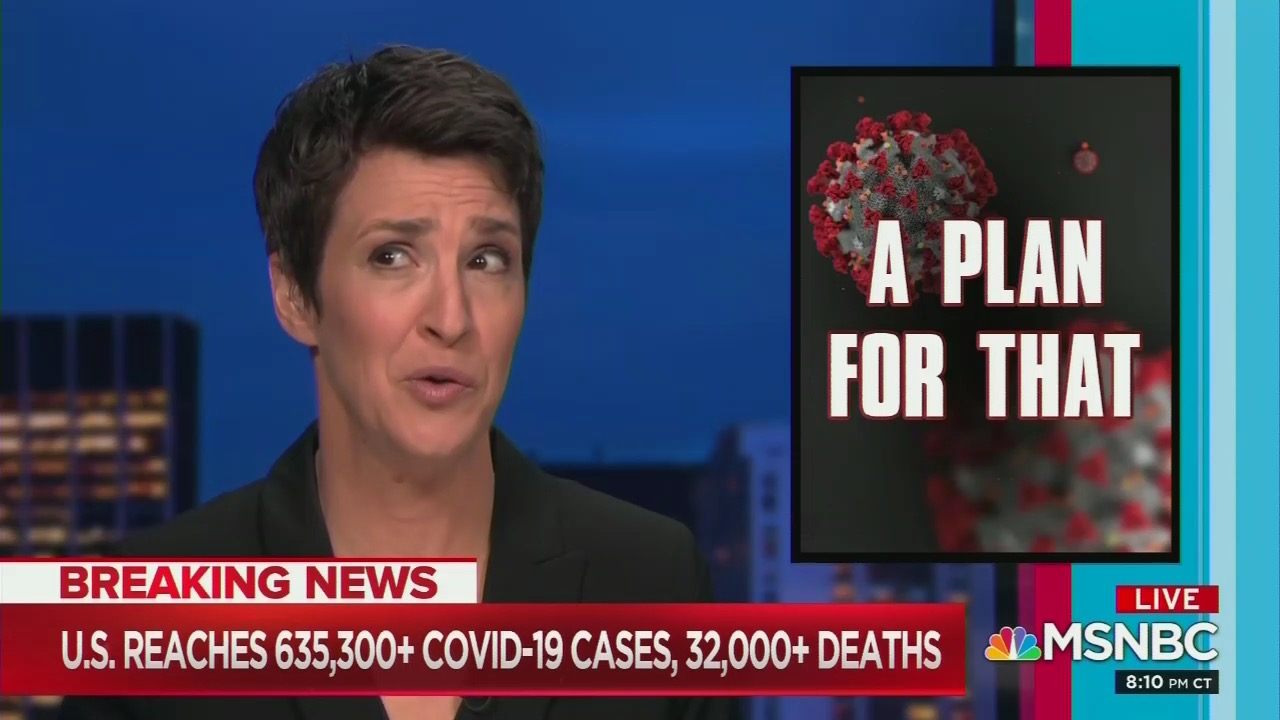 The media is doing everything they can to protect Democrat governors facing backlash for taking draconian measures to the coronavirus pandemic. While thousands gathered Wednesday to protest Michigan governor Gretchen Whitmer’s strict orders, she didn’t receive any criticism from the mainstream media. After getting a friendly interview on NBC’s Today show earlier that day, MSNBC host Rachel Maddow decided to turn her scrutiny and scorn onto the Michigan protesters themselves.

Maddow started her show throwing darts at South Dakota’s Republican Governor, Kristi Noem for not ordering a state-wide stay-at-home order. Talking about the outbreak at a pork processing plant in the state, Maddow repeated, “She thinks really everything is fine!” over and over again sarcastically. But a Republican governor was the only politician who would earn Maddow’s ire. From there she went on a nasty rant against the thousands of people protesting yesterday and trying to recall Democrat governor Gretchen Whitmer. More than 260,000 people have signed a petition for her to be recalled. But Maddow sneered these were just “Tea-party, Trump-supporting protesters.” The MSNBC host also condescended that people upset at government overreach, were conspiracy theorists:

Tea party-esque, Trump-supporting protesters today demonstrated both in Kentucky and in the great state of Michigan, against the stay-at-home orders that are in place in those states as well. These are doubling as sort of Trump rallies and 'we don't believe in the coronavirus' rallies.

Just thirteen minutes before on MSNBC, All In host Chris Hayes also looked down his nose at people questioning their local leaders’ orders. Hayes whined that the thousands of Michigan residents and Ohio protesters should’ve been protesting President Trump instead:

You're seeing this sort of weird resurgent kind of version of pro-Trump tea party protests in Michigan, Ohio, that clearly Trump is trying to set up a story to his base, that like the bad liberals and the bad media and the bad public access experts are the ones that shut down your state and college and caused your economic misery and it seems very hard for me for the incumbent president to escape the blame for that.

Though Maddow was nastiest, she wasn’t the only journalist portraying the protesters in a negative light. On NBC Nightly News, they pitted Americans against each other, by using a New York emergency room nurse’s words to guilt-trip the thousands out of work, protesting.