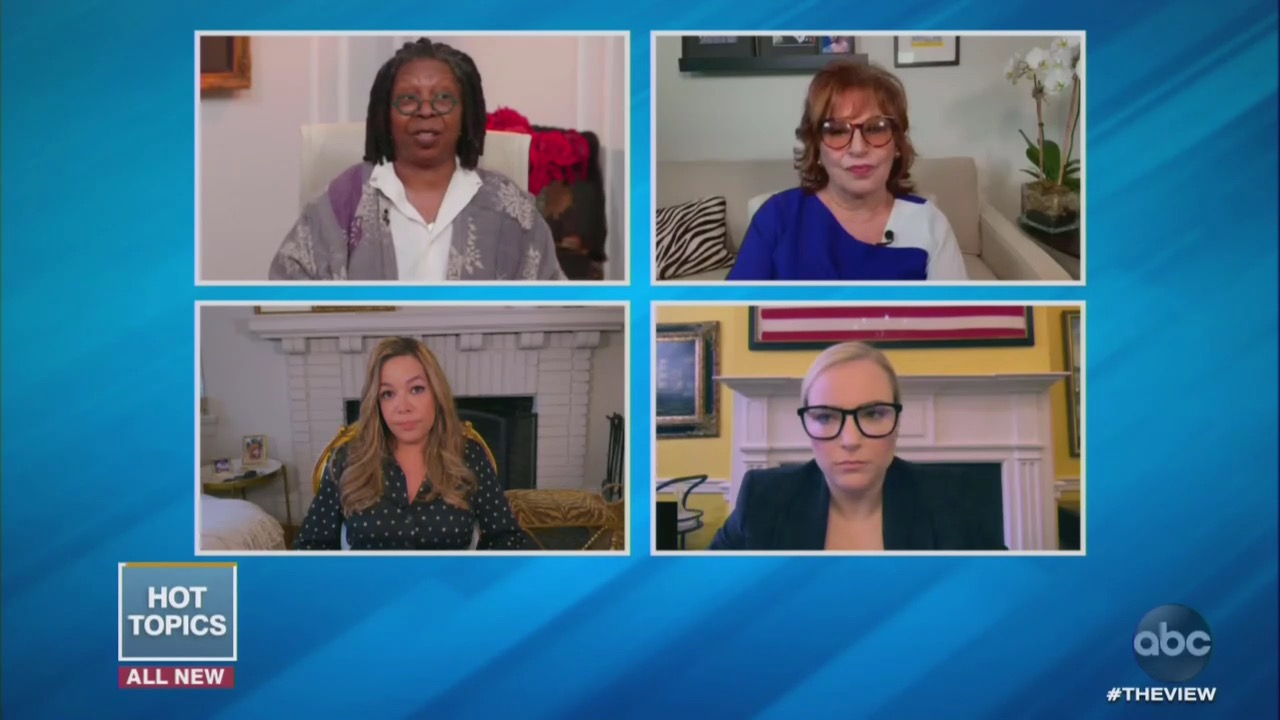 No sooner had Sen. Bernie Sanders announced he was dropping out of the 2020 presidential race, did the media rush to demand his socialist policy vision live on in the Democrat party. On Thursday’s The View, the hosts also passionately urged Democrat frontrunner Joe Biden to embrace Sanders’ proposals for universal health care, saying he “has to listen” to Bernie because he’s “been proven right” in this coronavirus pandemic.

Although the hosts have spent several shows trashing Bernie Sanders in the past few months, they were suddenly big fans of his socialist vision, now that he’s no longer in the race. Co-host Joy Behar was the first to react to the news and she proclaimed, “Bernie has basically been proven right on a lot of things now that we’re in the middle of this pandemic.”

She touted, it was “an outrage” that our country doesn’t have Medicare for All to begin with:

Co-host Whoopi Goldberg turned to fellow co-host Sunny Hostin to continue boosting Bernie’s radical policy proposals as good for the country. She posed, ”Will Bernie make Biden take another look at where he stands on some issues, do you think, Sunny?

Hostin, who gushed last month about how “happy” she was to see Americans turn to socialist policies in this pandemic, doubled down even more on the need for Biden to “listen to Bernie” and make health care a “right”:

Yeah, I do. You know, and I thought what was fascinating to me is that when you look at Joe Biden's ascent in this race, South Carolina was a make it or break it place for him, and I just learned that 46% of South Carolina's coronavirus deaths are African-Americans. African-Americans make up just 27% of the South Carolina population, and so Biden really has to listen to Bernie's proposal for Medicare for all. He has to listen to Bernie's proposal for universal health care. You know, with something that I think so many people were -- again, so many people wanted to keep their health care. Yes, maybe you keep your health care, but health care should be a right. A right, and tying health care at this point to employment is a disaster. We see what has happened, and so I think, you know, Bernie was way ahead of the curve here, and we have to rethink it to Joy's point. We must rethink that...