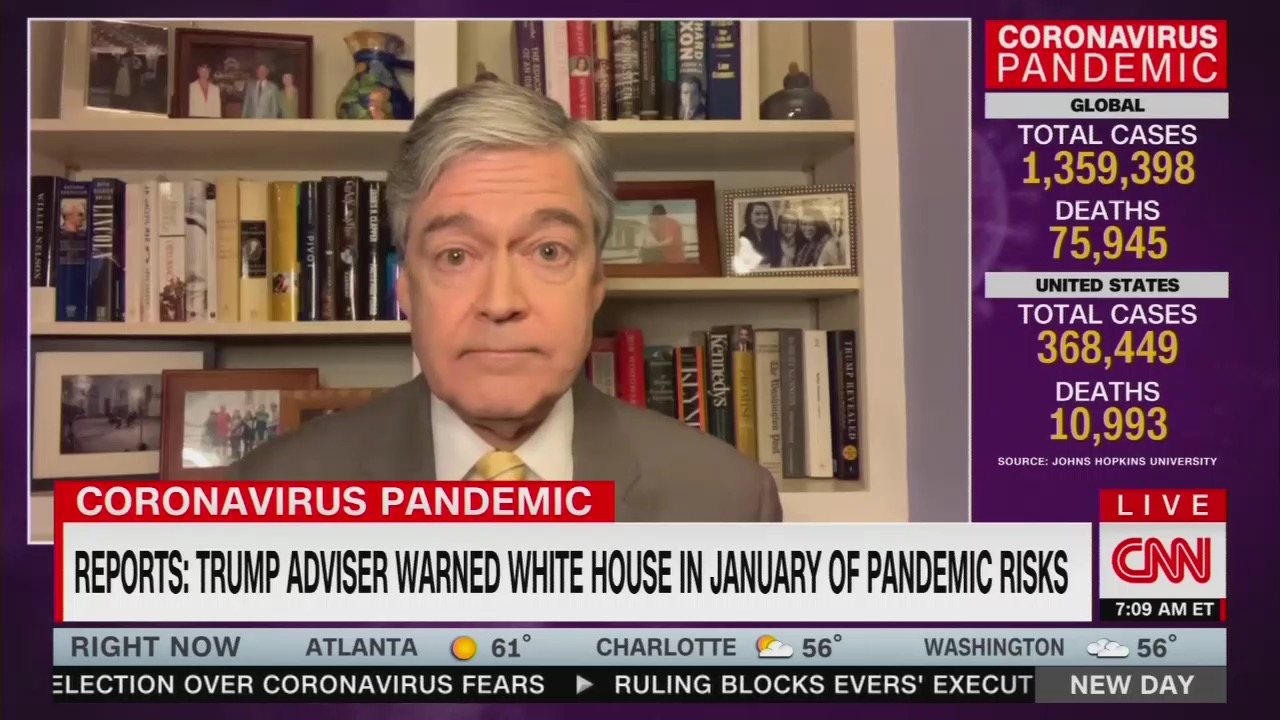 As President Trump battled with several reporters during Monday’s press conference on COVID-19, one of the exchanges that set the media into a frenzy was when Trump questioned if a reporter from a Hong Kong based media outlet worked for China. Turns out, she did. That didn’t stop reporters like CNN’s John Harwood from becoming enraged at how “authoritarian” Trump had “lashed out” at this reporter’s “legitimate criticism.”

On New Day Tuesday during the 7am EST hour, the CNN White House Correspondent complained that Trump had “went after” this reporter by questioning her “legitimate criticism” of the administration.

Harwood, like others yesterday, took this reporter’s claim that she worked for a private media company as truth, without digging further to find that she was lying.

Laughably, Harwood claimed that by rejecting communist propaganda, Trump was behaving like an “authoritarian” who didn’t like to be questioned. Finally, the CNN correspondent demanded Trump ‘take responsibility” for the pandemic. Of course, he didn’t demand the same of Democrat leaders who downplayed the virus from the beginning, obsessed with impeaching President Trump instead:

And so the president was lashing out, again, at the legitimacy of criticism itself. He went after a reporter and said do you work for China? He criticized the HHS inspector general saying did this person work for President Obama? This is the kind of thing he did, we remember, in 2016 when he said, well, it's a Mexican judge, I'm trying to build a wall, they can't be fair. That is not the case. There is expertise within the government. He has disregarded that expertise. And now he's trying -- I think he feels a sense of injustice that the good conditions that he was running for re-election on have been taken away and he's reacting, in a way, frankly, that authoritarian leaders behave. You can't question me,I’m the leader of the country, what I say is true. And we can all see what the consequences of American life are at this moment. That is on his watch and he's got to take responsibility for it.