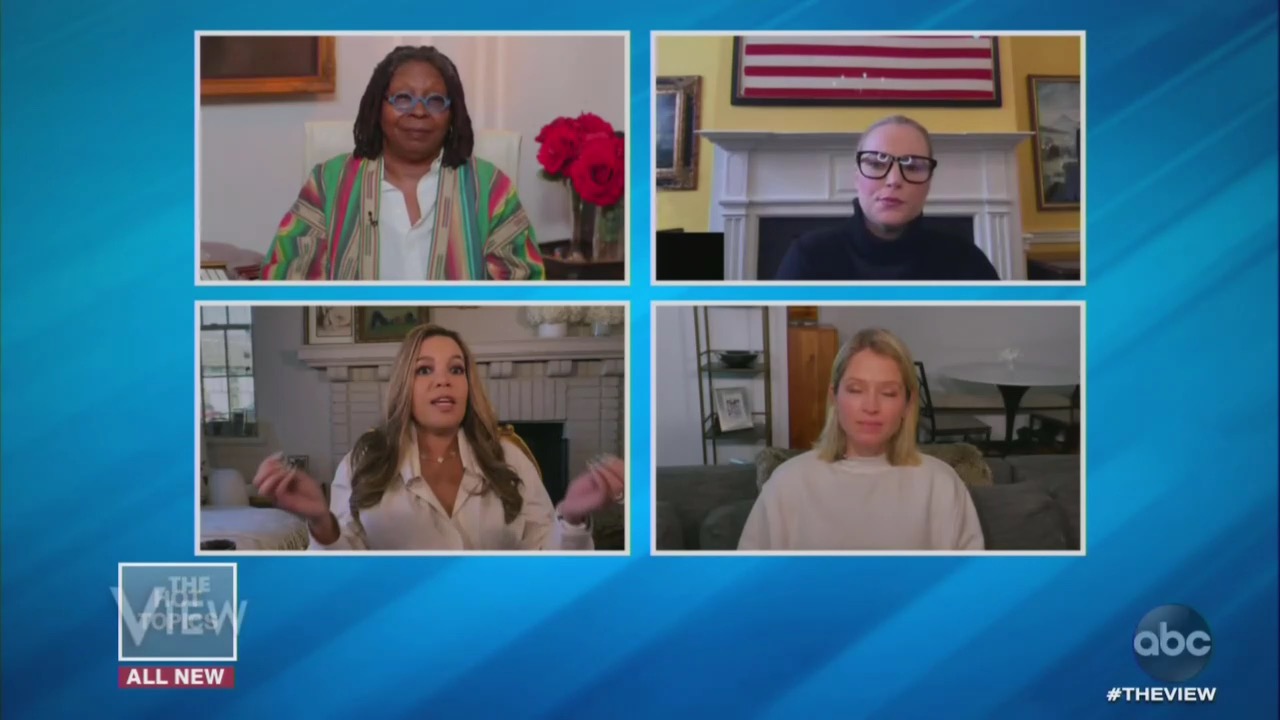 The fickle media really can’t make up their mind in how they want to attack President Trump. First, they faulted him for downplaying the coronavirus’s severity, saying that led to people acting irresponsibly and spreading the virus. Now, they are blaming him for stirring up fear and panic which is also causing people to die. On The View today, hosts Meghan McCain and Sunny Hostin tag-teamed to attack Trump with this second tactic.

McCain started off by disagreeing with Hostin that the press briefings needed to stop being aired. She complaining that “totalitarian” Trump was using this pandemic to gain power so they needed to keep him in check so he doesn’t “play on the public’s fears in a draconian way” for “his own benefit”:

So I think the point you're making Sunny, about the press conferences because there is an argument that's being made by some people in media that the press conferences shouldn't be being covered at all, and my argument for keeping the press conferences is I think we're at a place where President Trump, he has always been, a sort of totalitarian president in a way we have never historically seen before. My fear is he's going to play on the American public's fears in a draconian way, and possibly do this akin to the Patriot Act going forward, where he uses this moment in time to play off our fears for his own benefit, and I think seeing front and center what him and his team -- I for one, became even more fearful of what was happening when I saw how inept Jared Kushner was. So I think While he has a team of doctors like Dr. Fauci who we're all in agreement he's doing a great job, my fear is if this is a moment in time that can be manipulated by our powers, and by the government in place, I want to hear front and center what he's saying, no matter how ridiculous some of the press conference commentary ebbs into.

Hostin however, sneered that the president’s “clown briefings” were dangerous and needed to be censored because they were causing Americans to die. McCain helpfully noted the one person who drank aquarium cleaner as evidence Trump was giving people lethal advice:

HOSTIN: People believe him. They believe him! There are people who believe him because he's the President of the United States, and he's giving misinformation to their own peril. People are dying because of some of the information that's being disseminated from these clown press conferences

MCCAIN: Look, Sunny, you're right. It is an existential question. You're right, and when people are drinking fish tank cleaner as a result of thinking it's the malaria medication, there is an argument..

But co-host Whoopi Goldberg kept jumping in to offer level-headed analysis to her fearmongering colleagues. “There are some things that should be clear to you that you do not do,” she said in response to the man drinking poison and people going out when they’re symptomatic.

She also offered some sound advice about people feeding their own fears by constantly watching the news:

So if all you're doing is absorbing, absorbing, absorbing. People need to pace themselves. They have to take this medication -- think of this, these press conferences like medication. You can't overdo it. You can't take too much of it. You have to parcel it out to yourself because it's going to drive you berserk and get you to this place of not only just depression, but fatigue, and so everyone needs to take these breaks throughout the day...

In another segment, McCain argued that the coronavirus pandemic was racist and Americans were “letting” black people die:

.@MeghanMcCain: “The coronavirus has shown this racial bias is showing up in larger numbers and it’s very hard to watch this country let an entire segment of the country get sicker and die faster.” https://t.co/f8u2wbJuik pic.twitter.com/r4lZ0AnaRR