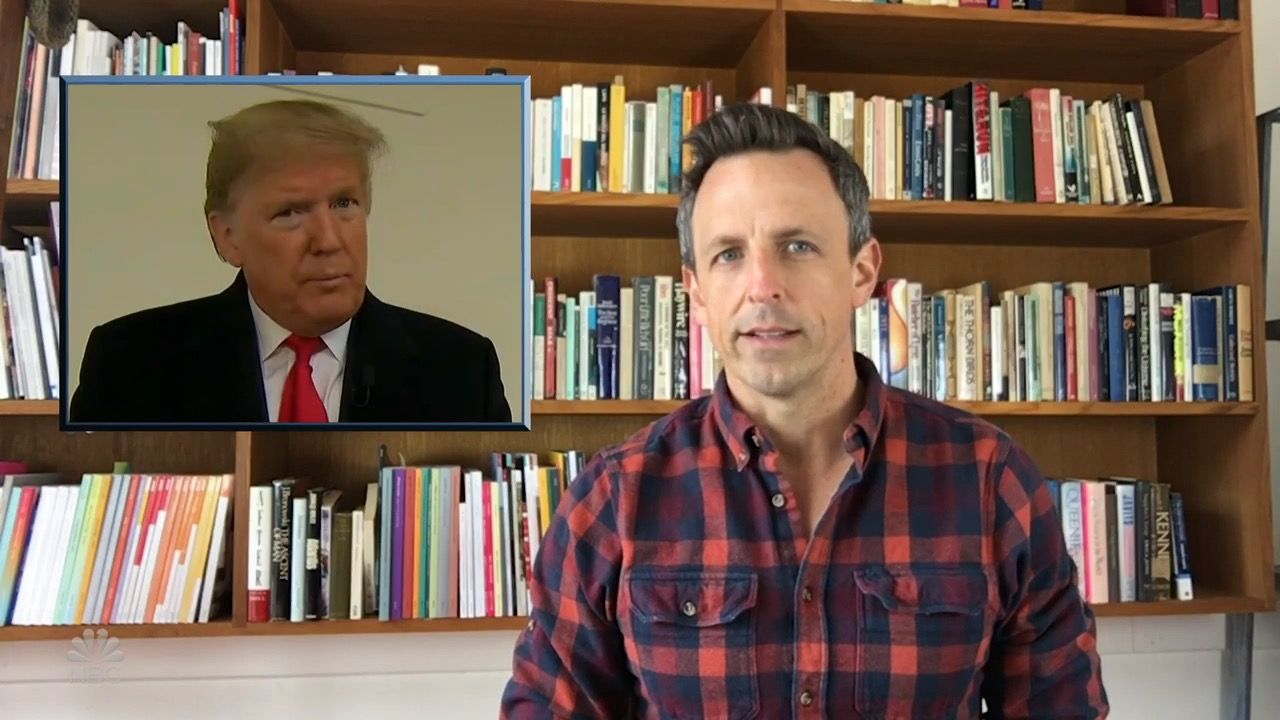 There’s a conspiracy theory on the left that continues to be spread by the media this week, claiming President Trump only wants to reopen the economy because it would benefit his hotel business. This idea should puzzle any sane person, yet somehow it makes sense to those deranged by their hatred of the president.

While raging at President Trump in a hate-filled monologue from his home, Meyers took several cheap shots (Trump was “banned from kids parties” because he “snorted cocaine,” putting Trump in office like putting a dog in office), before negatively spinning the president’s hope to reopen the economy sooner than later, as the act of the “most self-centered man on earth”:

Meyers put a picture of the Easter bunny on screen and snarked, “You're literally onstage with multiple doctors and you decided to cede the decision to this guy?”

He doubled down on his nasty smear later:

[N]ow Trump is being goaded on in this sadistic plan to put profits over lives by CEOs, economic advisers  in fringe characters on the right who are actually suggesting that it might be worth letting some people die in order to save the economy....

Now at an extremely dangerous moment where a reckless ruling class and a self-absorbed president are trying to prematurely end the fight against a dangerous pandemic because their stock portfolios are taking a hit. This is sociopathic governance.

The late night host even managed to spin the travel ban as helping to spread disease in the United States:

"I mean, remember when he announced his poorly planned and confusing travel ban and throngs of people rushing back into the country, packed into airports and waited on line for hours?" he sneered.

To those obsessed with taking down President Trump, there could be no legitimate reason why he would want to give people their jobs back and restore hope. Meyers negative rant-fest showcased just how much the media wants Trump to fail. Meyers couldn't even stand that President Trump said he's looking to the “light at the end of the tunnel”:

"What are you talking about? You sure you're not just staring into the sun again?... No, think about how deranged this is. experts are telling us it could take months...We’re still two or three weeks away from hitting the peak!" Meyers touted.