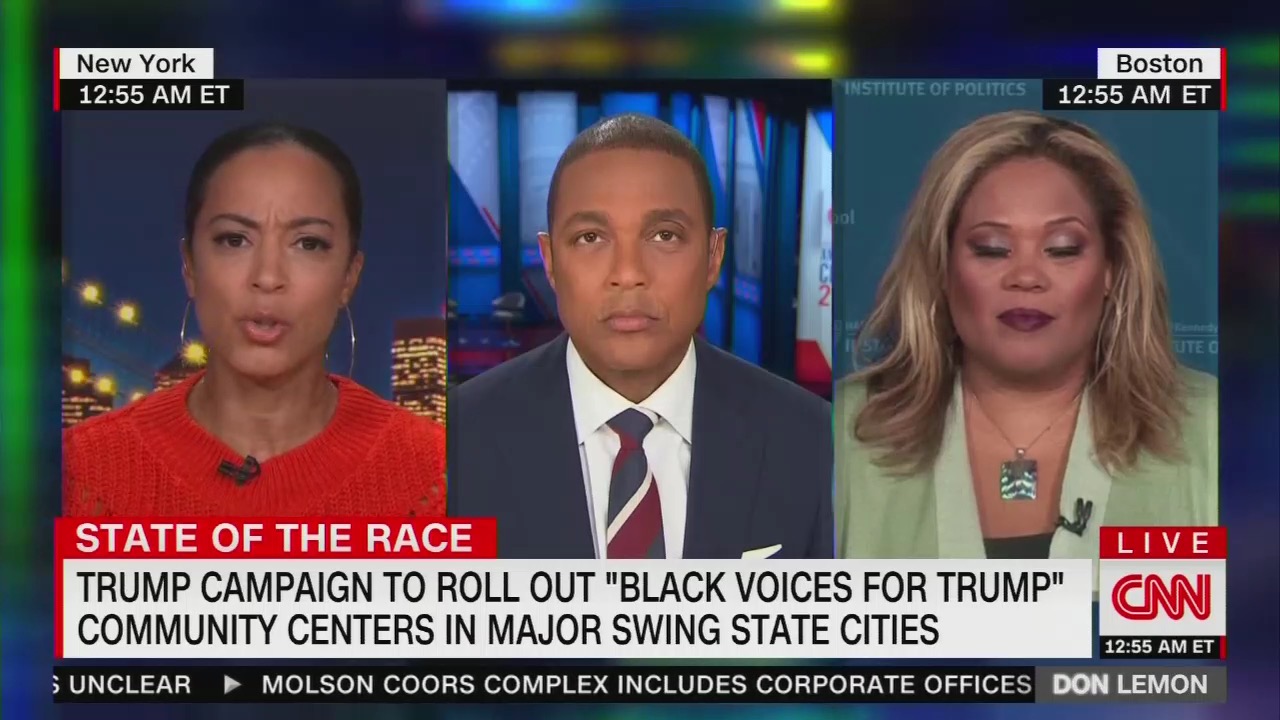 Not only did she completely downplay what the president has done for the black community, giving Obama credit instead, she also bullied black people who may be thinking of voting for Trump in the upcoming election.

Lemon asked Rye to comment on Trump campaign adviser Katrina Pierson calling this outreach program, “woke.” Rye sneered at the campaign using this term, saying she was “asleep,” before bashing President Trump for not doing anything for the black community. She even claimed the unemployment numbers were a result of President Obama’s work:

Rye also attacked Trump surrogates, saying, “Who the hell are these people?” before ending her rant shaming any black person who is thinking of voting for the president in 2020:

And I think that at some point black folks have got to look themselves in the mirror and say, ‘Hey, do I want to follow Mark Burns? Do I want to follow Katrina Pearson? Do I want to follow Diamond and Silk?’ Like, who the hell are these people, right? Instead, you want to give Donald Trump kudos for throwing Cheez-It bits at you and then criticize the people who have spent their careers doing things for the betterment of black people and black society. And I would just say at that point, if you still go over to Donald Trump after that, shame on you. Period.

Fake CNN Republican Tara Setmayer was also on the panel, and she warned her liberal friends not to downplay Trump appealing to black voters with this “facade”:

“Pay attention to a couple things they’re going to do. I’m telling your right now. They're going to trot out the two or three black folks that actually work for this administration and try to make it look like they're doing things to invest in the black community to try to paint the facade. So, you know, the Democrats need to not take this for granted,” she fretted. Rye agreed with Setmayer, saying “you need to look at your spokespeople,” as Lemon wrapped up the segment.