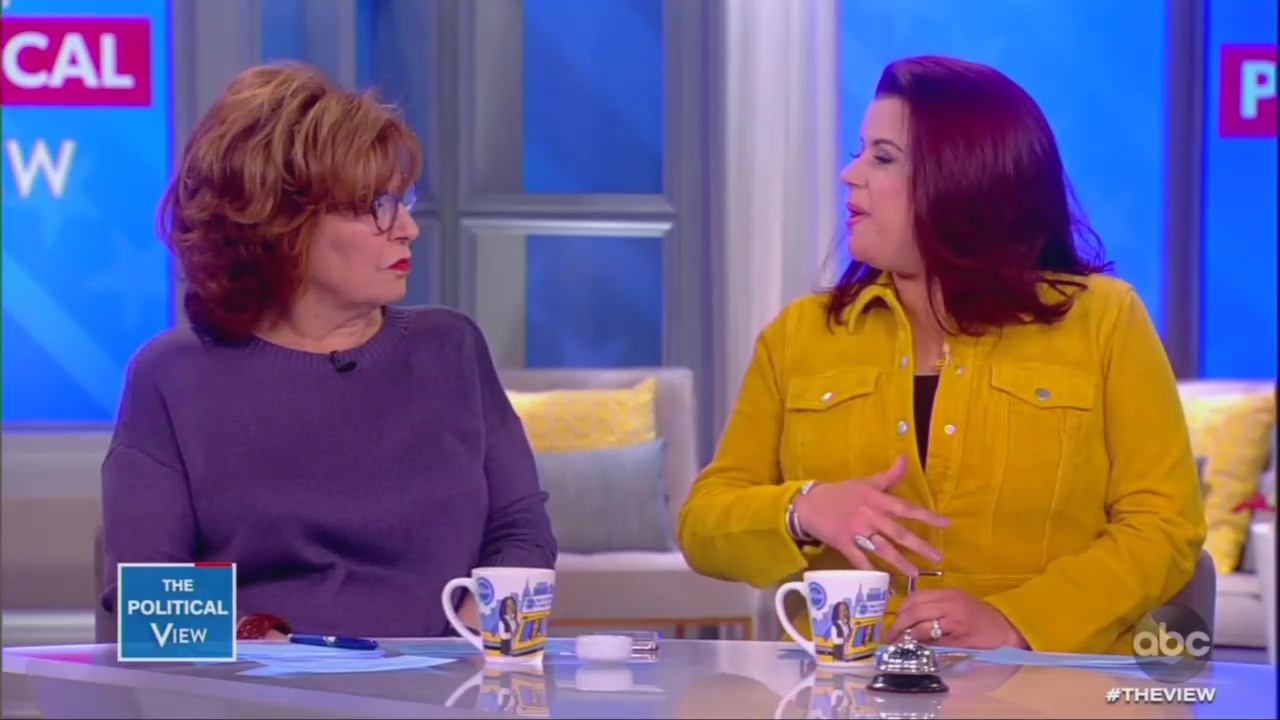 The ratings are in and just like during the House hearings, Americans have shown they are not interested in hearing the Democrat arguments to impeach President Trump. Collectively, the big three networks, who changed their regular programming to the Senate trial this week, lost about 3 million viewers, and for that grave error, they earned the wrath of The View hosts on Friday’s show.

Co-hosts Ana Navarro and Joy Behar were aghast at this news.

“I didn’t find it boring. They keep saying it's boring. I didn't think it was boring. I didn't. I thought it was pretty compelling. Everything they said was interesting,” Behar gushed. Ana Navarro was more critical, bashing Americans uninterested in the Schiff show:

CNN also was eager to condemn Republican Senators this morning, hoping they’d go to jail for not paying attention.

Karl downplayed the hype by reciting the prohibited items while noting that this isn’t unusual behavior and happened during the Clinton trial, as well.

KARL: If you believe the admonishments of the sergeant the arms, you could be imprisoned for such a thing [chuckles]. But look, the rules say you can't have electronic devices. You have to check those no cubbies. It says you can't have extraneous materials, reading materials, but all the senators, I mean not all of them but a lot---

MCCAIN: One of the senators was playing poker on his phone one time and my dad saw it. So it does happen--

KARL: It definitely happened in 1999 too. I remember looking down and seeing people doodling, reading reports--

As McCain disproved her liberal co-hosts’ argument yet again, Behar tried to get the last word in.

“I loved how Lindsey Graham took off when they put his picture up and showed what a hypocrite he was!” she interrupted to say, before cracking a joke with Navarro about Republicans taking “convenient bathroom breaks” and having “urinary tract infections.”