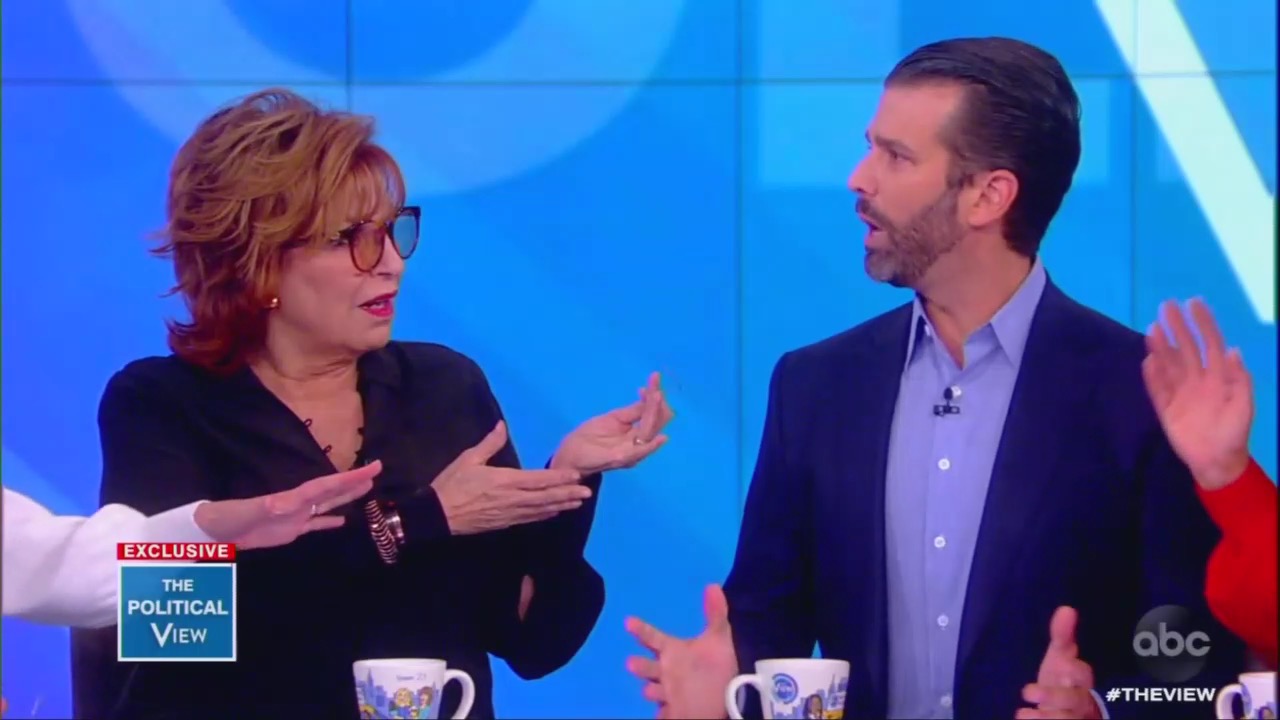 If ratings are any indicator of Americans’ interest in impeachment, Democrats are in big trouble. Viewership for yesterday’s impeachment hearings are out, and reveal that between the three major broadcast networks, ABC led ratings, with just 2 million total viewers (Fox News Channel was the most viewed network, with 2.9 million watching.)

But just 6 days before on ABC, the network garnered 1 million more viewers when the President’s son, Donald Trump Jr., came to political talk show, The View.

Entertainment blog Deadline reported his interview on November 7th was the highest rated for the show in over six months:

While taking shots at Trump, even the liberal entertainment source had to admit, “The showdown went viral, and now it seems even old-school viewers were watching en masse.”

Even though that interview didn’t end well for the hosts, if ABC is so interested in chasing the mighty dollar, their execs and liberal hosts might just have to swallow their pride and invite more conservative guests on television.

To make matters worse (for the media), those impeachment viewership numbers were tallied for the entire 6+ hour testimonies, while the View segment drew more viewers in less than 1 hour.

To get some perspective, the ratings ABC got Wednesday, were lower than the lowest rated daytime soap opera on television, Days of Our Lives, averaged on NBC. Those numbers were so concerning for the network they fired the entire cast and put the show on an indefinite hiatus this past week.