The View hosts were grateful for another opportunity to lavish praise on teenage climate crusader Greta Thunberg after Time Magazine named her their “Person of the Year,” Wednesday. On Thursday’s show, climate-obsessed host Joy Behar bashed President Trump as “jealous” of the “very smart” liberal teen, while her co-host Meghan McCain whined that she wanted the whistleblower to be "Person of the Year." 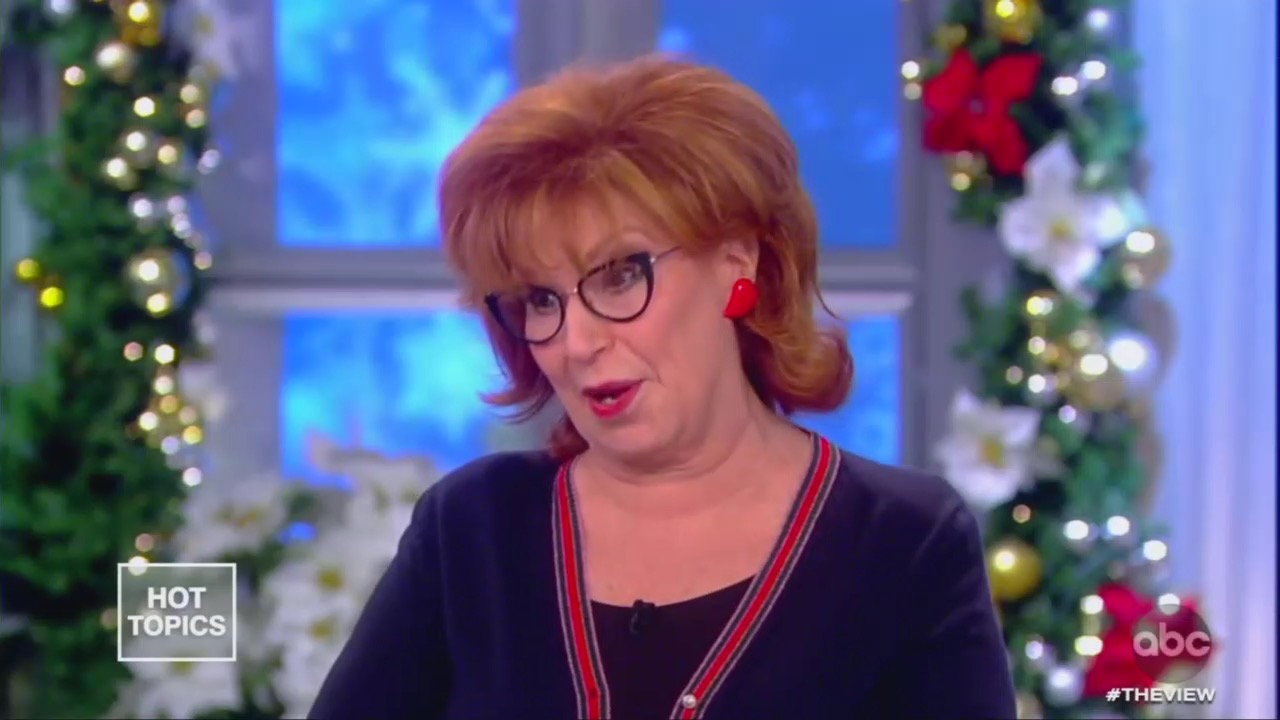 After touting Thunberg winning the award to a cheering audience, Behar read a tweet from Trump snarking that the sour-faced teen had an “anger management problem” and should go “see a movie.”

This upset the host, who felt the need to defend Thunberg: "Hello. Look in the mirror!...I don't know what he's so mad about. He has made plenty of covers, hasn't he? [puts up an unflattering Mad Magazine cover] This was one of the famous ones he was on. So let's be real, okay? He's just jealous it's not him, okay?"

Behar and fellow co-host Sunny Hostin also called out First Lady Melania Trump for defending her teen son Barron, but not Thunberg, even though Thunberg petulantly lectured world leaders and thrust herself into the public spotlight:

BEHAR: Where is Melania? She was SO upset by the Barron comment, the lawyer!

HOSTIN: I don't think it's appropriate for the President to go after a 16-year-old who has Asperger's, and climate activist I would like to see from the First Lady the same kind of energy and verve in which she used for defending her son!

Thunberg wasn’t the only one the hosts raved over. Hostin also praised the liberal rag for "paying homage" to the Democrat impeachment inquiry witnesses as the “guardians of the year."

To that, Behar laughably touted, “the good guys are struggling to be heard!”

On the other hand, her co-host Meghan McCain said she disagreed with the Thunberg choice and wanted it to be the whistleblower:

“I actually wanted it to be the whistle-blower. I think it's a more salient and timely choice,” she touted to the agreement of her liberal co-hosts. McCain added that the whistleblower “earned” this award more than Thunberg, which set off climate-obsessed Behar:

“It's an American situation. She's really global. So she has more influence in a way than the whistle-blower because everybody breathes the air!” Behar asserted.

As McCain took a different tack, worrying that the media was putting too much responsibility on the teenage girl’s shoulders, Behar claimed Thunberg could handle it.