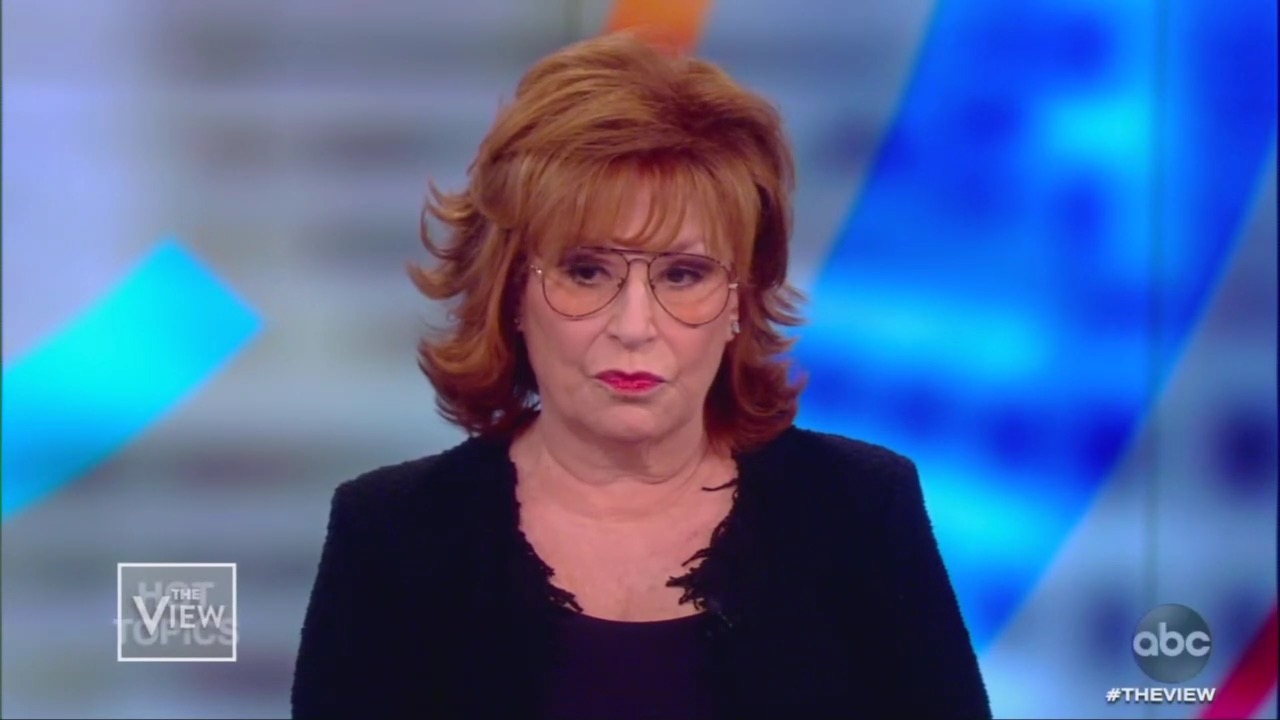 The View co-hosts Abby Huntsman and Joy Behar clashed on Tuesday’s show over the left’s messaging on climate change. After co-host Whoopi Goldberg praised 16-year-old Swedish activist Greta Thunberg’s disturbing speech yesterday at the United Nations, an argument ensued between the liberal hosts and Huntsman. While she slammed the hysterical, fearmongering from Thunberg and the left on climate change, Joy Behar raged that we needed the younger generation to lead the way because older “deniers” didn’t love their grandchildren, enough.

After playing a short clip of Thunberg's rant,, Behar was ready to rage at the “disgusting” “deniers” for “not caring” about their grandchildren's future:

So children, some of them are really very sensitive to what’s going on and grownups, I mean, some of these people who are denying climate change, they are going to be dead and they don't care, apparently, about their grandchildren. They only care about the 401ks and this kid [Thunberg] is saying -- is calling them on it, and it's disgusting!

But Huntsman pushed back, calling that an unfair statement. Behar stuck to her guns.

“Do you motivate people by saying, we got to better the environment or do you motivate them by saying, ‘you know what, people are going to die in ten years anyway, you know what, stop having all kids. Let's not think about having kids anymore!’" she said, referencing Democrats like Alexandria Ocasio-Cortez who advanced such a notion.

Huntsman continued arguing that pollution in China was a much bigger problem than banning plastic straws, so this needed to be a “global effort.” However, Behar and fellow liberal co-host Sunny Hostin started griping against Huntsman’s points.

“But we have to do something, right? And my concern is we're not doing enough!” a frantic Hostin exclaimed.

Huntsman shot back that the left wasn’t interested in having a rational conversation on this topic:

"And that grandparents don't love their grandchildren? Do you understand how that sounds to people when they want to have a rational conversation about climate change and you say, you know what, grandparents, you don't love your grandchildren enough?" she asked, aghast.

“I stand by that. I stand by it. I do!” she gushed, as the audience cheered.