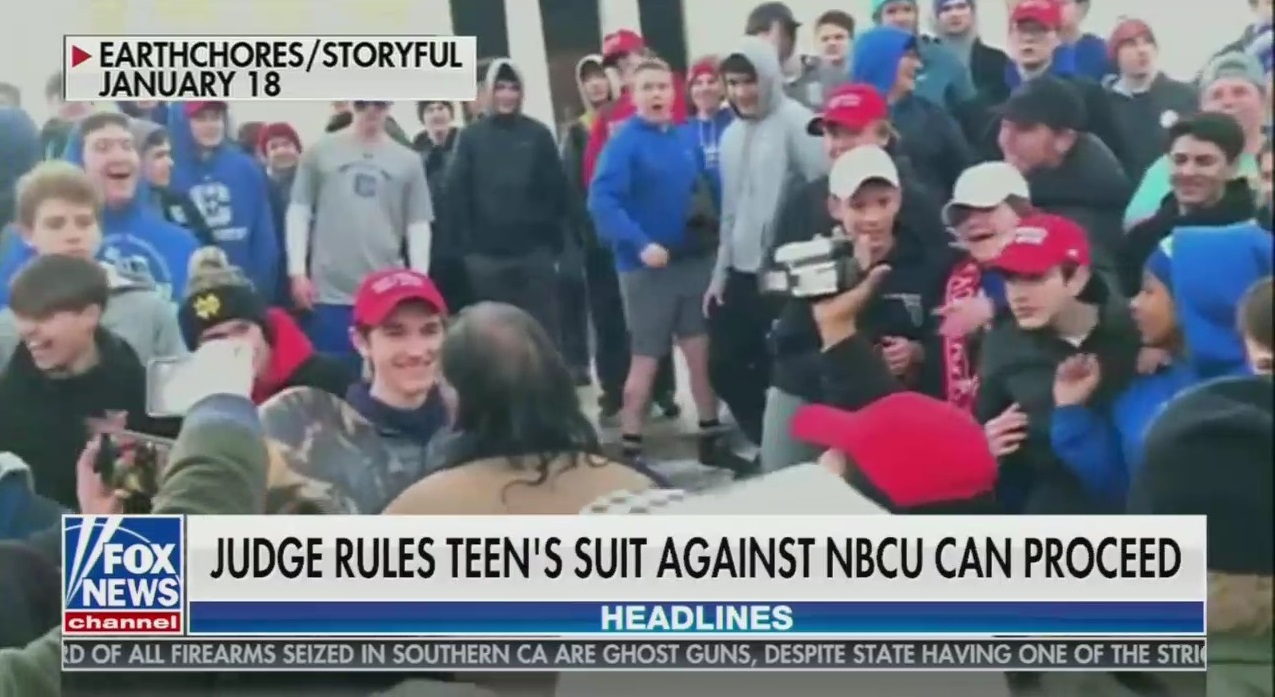 It’s been nearly a year since the media targeted and smeared a group of teenage boys from a Catholic high school for daring to don “MAGA” hats while a Native American activist beat a drum in one student's face and other angry radical protesters screamed at them. Nick Sandmann, the teen at the center of that media-driven controversy, rightfully hired a legal team and has taken the media to task over the past year for portraying him and his peers as racist aggressors in that encounter. Thursday, Nick Sandmann’s attorney revealed an encouraging development in their case against NBC News.

According to The Washington Times, Kentucky Federal Judge William O. Bertelsman, is allowing Sandmann’s team to proceed in the discovery phase, of obtaining evidence from the network for their case against NBC:

“William O. Bertelsman dismissed parts of the lawsuit while allowing discovery on allegations that the network’s coverage defamed the teen by reporting that he ‘blocked’ Native American elder Nathan Phillips in a Jan. 18 encounter at the Lincoln Memorial.”

“[T]he court finds that the statements that plaintiff ‘blocked’ Phillips or did not allow him to retreat, if false, meet the test of being libelous per se under the definition quoted above,” said Judge Bertelsman in his order.

NBC News’s Savannah Guthrie, as you may remember, treated Sandmann like a criminal in a Today show interview, shortly after the incident. A few months later, the network attacked the 16-year-old again by portraying him as a racist bigot on an episode of Law and Order.

As predicted, today Judge Bertelsman entered an order allowing the Nicholas Sandmann case against NBCUniversal to proceed to discovery just as he had earlier ruled with respect to WaPo & CNN cases. Huge, huge win!

Certainly this has been an uphill battle for Sandmann’s team but this is a promising development.

This same judge had previously ruled against Sandmann’s case in July against the Washington Post, but reversed part of his own ruling in October, after Sandmann’s legal team argued the paper had “negligently and incorrectly reported” on the January encounter on the steps of the Lincoln Memorial with a Native American activist.