GMA: Trump Denying Bribery Will 'Go Down In History' With 'I Did Not Have Sex With That Woman' 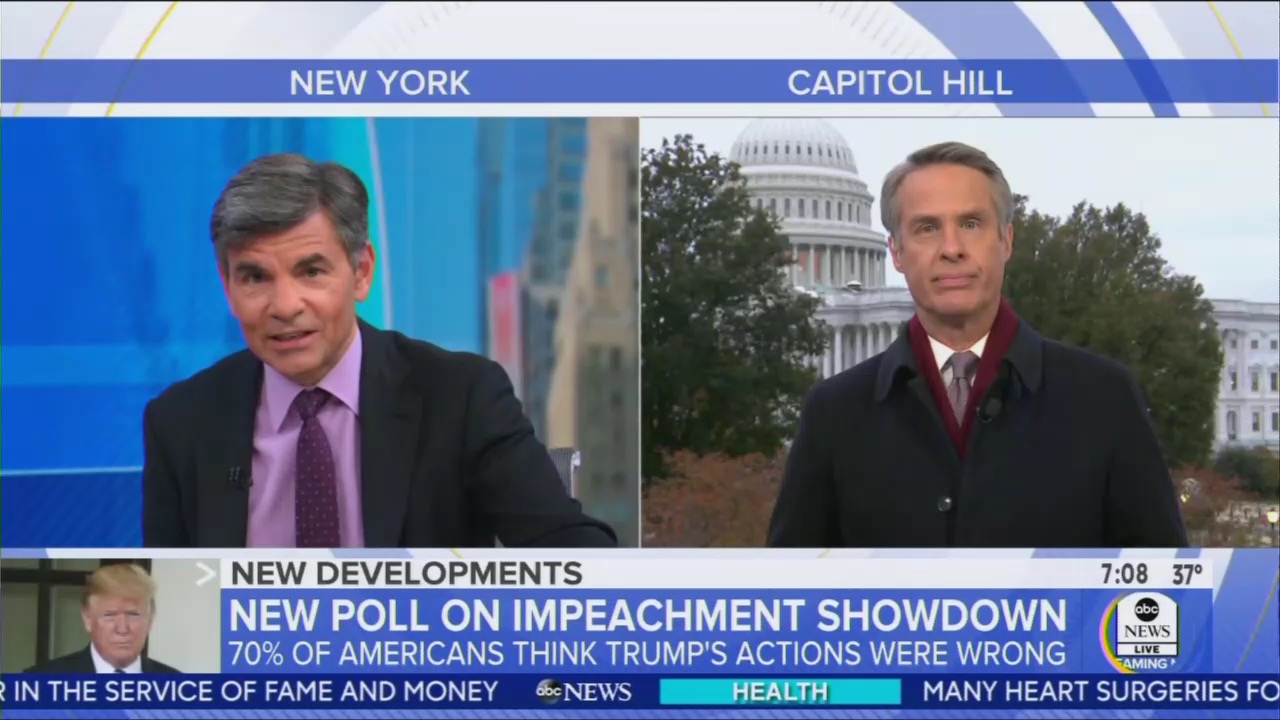 The media are so desperate to get President Trump ousted disgracefully from office, that they are already predicting his fate in the history books. On ABC’s Good Morning America Monday, correspondent Terry Moran and anchor George Stephanopoulos promoted a new ABC poll which showed 70% of the public believed the Ukraine phone call was “wrong” but only a slight majority supported impeachment. Still, the network spun the numbers as good news for Democrats.

Moran even claimed that Trump’s denials over quid pro quo would become as infamous as Bill Clinton’s denials about his relationship with Monica Lewinsky.

Anchor George Stephanopoulos introduced the poll that found a majority of those polled believed that President Trump’s behavior with Ukraine was “wrong.” However, just 51% of that number agreed with removing Trump from office. To Moran, Stephanopoulos wondered if the media’s wall-to-wall impeachment hearings coverage would “make a difference” in persuading more people to support impeachment:

“But one of the big questions going forward is going to be will these hearings make a difference? Will they change people's minds about impeachment right now?” he eagerly asked.

Moran then spun one of the other questions in the poll as suggesting that most Americans still had to make up their minds about impeachment, when those same numbers could easily be said to show the opposite:

Regardless, Moran insisted the public would soon see President Trump’s denials of bribery or quid pro quo with Ukraine, as damaging and embarrassing as Bill Clinton’s, “I did not have sexual relations with that woman,” defense during his impeachment:

“70% say the president did something wrong. The president keeps saying the call was perfect, he did nothing wrong. Our poll suggests that may go down in history along with, ‘I did not have sex with that woman’ as a very ineffective presidential defense,” Moran gushed.

“Hallmark of another impeachment,” Stephanopoulos remarked with a smirk.