Joy Behar Asks Susan Rice to Defend Biden, Who 'Did Nothing Wrong' in Ukraine 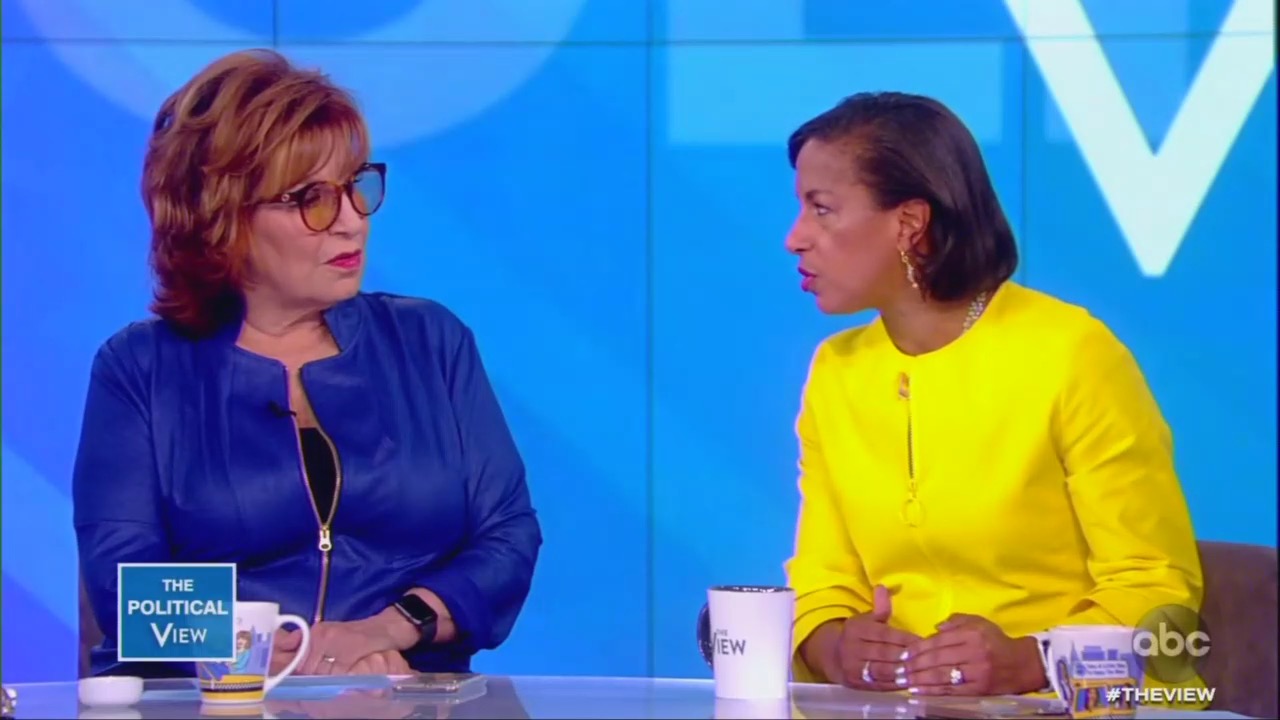 Longtime Obama official Susan Rice was guest on Wednesday’s The View, to do what else? Bash the Trump administration. Well that’s not all. Joy Behar also invited Rice to defend her former Obama administration colleague, Vice President Joe Biden, about his Ukraine scandal too, of course.

Less than a week after CBS pulled the same stunt with Rice, Joy Behar asked the former national security adviser to President Obama and former UN ambassador to explain why Biden “did nothing wrong” with Ukraine:

Okay. Here's another question. A lot of people -- this is about Joe Biden. A lot of people acknowledge that Biden did nothing wrong in his dealings with Ukraine, but they think his son -- his son taking a high power job and a high-paying job was kind of what they call swampy behavior. Now, how harmful has this been to Joe Biden? And should we worry about it?

Rice automatically projected Biden’s guilt on Trump, ironically claiming that was what Trump was doing himself.

You know, what Donald Trump is doing so effectively is taking his own greatest vulnerability which is the perception that he is corrupt and his children are corrupt and trying to turn it into his opponent's greatest weakness. And Joe Biden was the poorest senator in the United States Senate, and nobody ever accused him of being corrupt because he's not, and -- but Trump has, you know, come up with this assault and leveled that as a way to tar Joe Biden.

Behar followed that up by asking, “Will it hold?” Rice insisted polls showed Biden hadn’t been affected by the “assault.”

She was allowed to continue pulling out all the defenses for Biden, lauding him as a “man of integrity” who was just “doing the business of the United States government” “trying to root out corruption in Ukraine.” She slammed President Trump as using “extortion” instead for his “own personal political benefit.”

There wasn’t any follow up on that statement. Meghan McCain did press Rice on Obama’s “red line” in Syria, after both spent a lengthy amount of time condemning Trump’s recent foreign policy decisions. Even though Trey Gowdy’s statements during the Benghazi hearings were brought up, no host asked Rice about how she lied, blaming a YouTube video for the terrorist attacks, in 2012.