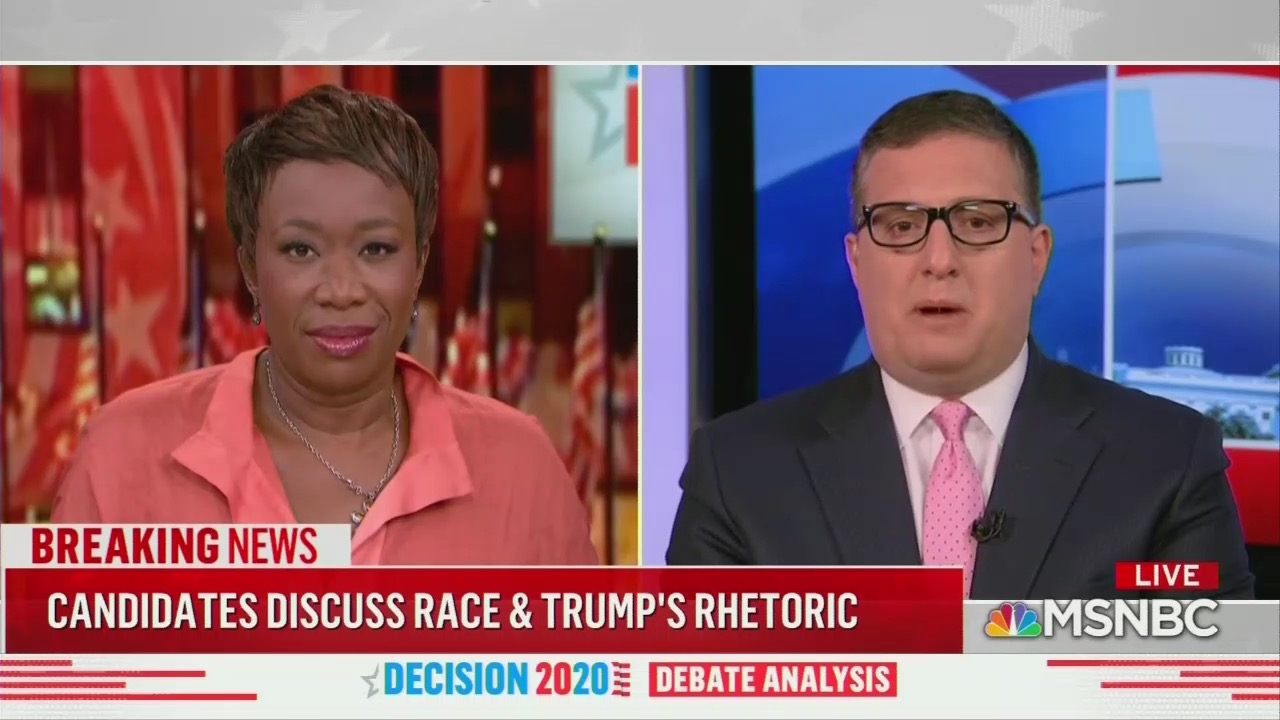 According to MSNBC, Hillary Clinton didn’t make a mistake in calling Trump supporters, “deplorables” in 2016, she was just ahead of her time. In the wee hours of the morning following ABC’s Democrat debate, MSNBC’s Joy Reid and former Clinton adviser Philippe Reines spent time ranting about how awful President Trump and his supporters were, instead of talking about the Democrat candidates, (have they not learned anything from 2016?)

For Hillary Clinton it was always a puzzle. She had to talk about the Republican voters in a certain way that in a certain sense, turned them off. She got caught up in the, well, you're damning them. But if they’re supporting what Donald Trump is doing, it becomes difficult to people them away ideologically from what he's doing. And If what he's doing is racism, what do you say about the folks who are cheering him on?

Of course Reines agreed. “It turns out she was dead on,” he gushed, even comparing the statement to President Obama’s awful, “clinging to their guns and religion” comment as a worthy analysis of the right:

Reines self-righteously argued that Democrats could have policy differences but they would never have to admit they were racist, like ex-Trump supporters would have to do. He then dismissed anyone who had been open to Trump in 2016, as not worthy of the DNC outreach, in 2020:

Here you have a real problem in that, you know, when I disagreed with Barack Obama, it really was only on Syria. Maybe one or two other things. But I could do that because it wasn’t an indictment on me. It was just a policy difference. For Donald Trump supporters to turn on him, or even put some space on him, They have to acknowledge that what they don't like in him, they have to see it in themselves.

So it is very different when someone says, ‘I don't really like the president because he made this policy decision’ as opposed to, ‘oh, I don't like this president because I voted for him, he’s a racist, it turns out he’s a racist because he keeps saying racist things, I wonder if I'm a racist?’ That is a really big problem. I don't know if those are the voters the Democrats need to win over. I don’t think those are the voters Democrats needed to win over in 2018 to take back the House.