Whoopi Defends Sanders, Population Control: 'Eugenics Doesn't Have Anything to Do With Minorities!' 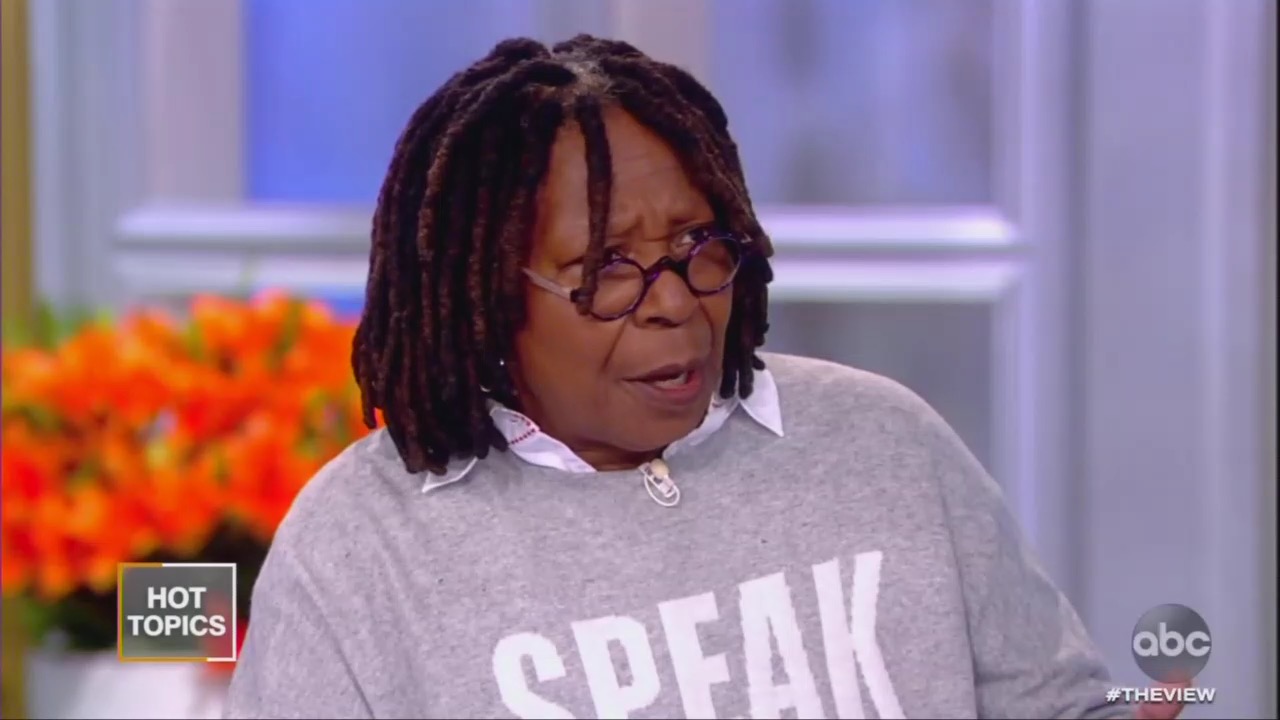 An argument broke out on Friday’s The View, between co-hosts Meghan McCain and Whoopi Goldberg, over whether Bernie Sanders and other 2020 Democrats were pushing eugenics as a way to combat climate change. Whoopi fiercely defended Sanders, even claiming that the eugenics movement had nothing to do with minorities or birth control.

“I’m not sure why people are upset with him,” Whoopi admitted, after playing a clip from CNN’s town hall on climate change where Sanders touted abortion as a worldwide means to cut down the human population. They highlighted a tweet from CNN’s S.E. Cupp calling Sanders’ idea, “eugenics.”

“I think people are distorting what he said!” co-host Sunny Hostin gushed. Joy Behar agreed, asking, “Isn’t the population one of the biggest issues in the world right now?”

But Meghan McCain brought some facts to the table.

“It's actually not. Population growth is on the decline,” she pointed out, referring to a June 2019 analysis from the Pew Research Center on United Nations data which claims the human population is projected to come to a standstill by the end of the century.

She noted that “population control” sounded alarms for pro-life people such as herself, citing China’s one child policy. Her liberal co-hosts jumped in to defend Sanders.

“This is not eugenics,” Hostin bluntly stated. But McCain called out Democrats for putting everything in doomsday scenarios:

I believe it's a slippery slope towards that, and I think this dystopian hell hole nightmarish idea Hell-scape that Democrats are putting out that climate change will end everything, and we have to have population control in this country seems very extreme.

Hostin objected: “Climate change is real!” she gushed dramatically, as if McCain had just said the earth was flat.

Whoopi wanted to end the comparisons to eugenics, insisting that McCain and Abby Huntsman were “making something up” because that wasn’t what Sanders was referring to. When McCain pointed out eugenics “disproportionately impacted minorities,” Whoopi lost it.

“Eugenics doesn't have anything to do with minorities or anybody else,” she claimed. For being such a strong defender of Planned Parenthood, Whoopi sure doesn’t seem to know much about its racist, eugenicist founder.

She went on to tout all the women in Ireland who previously couldn’t get abortions, before abortion was legalized, as an example of what Sanders was referring to. “That's different than eugenics,” she claimed, leaving out that whole pesky climate change part.

Joy Behar and Sunny Hostin then repeated their claim that the worldwide population was drastically increasing, not decreasing. "We're using up the resources of the world!" Behar touted.