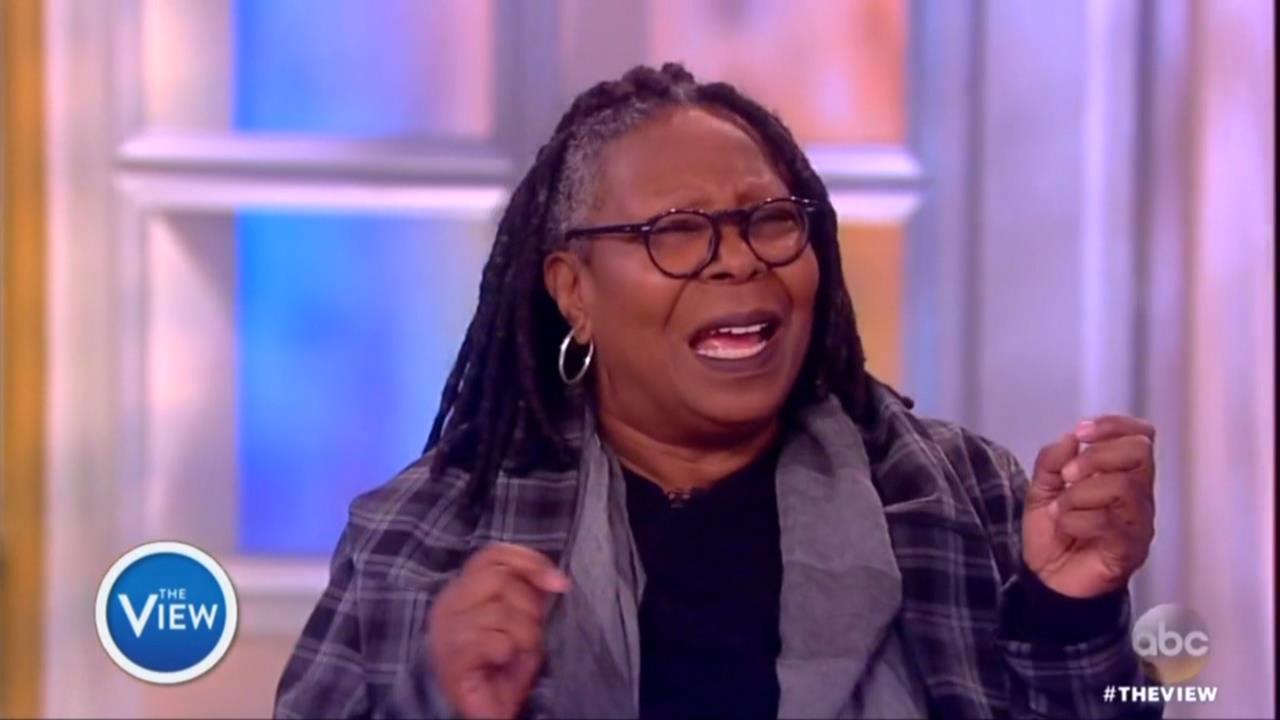 Friday morning on ABC’s The View, co-hosts Whoopi Goldberg and Jedediah Bila fought over Republicans’ plan to defund Planned Parenthood when they repeal Obamacare. While Bila tried to present the pro-life position, Whoopi exploded in anger and frustration every time Bila spoke. Whoopi was all over the place, discounting things she disagreed with without actually making a counter-argument. She also claimed her “religion” taught her to pay for abortions for women who “need” this “service.”

“Do people still not have their facts straight about who’s going to actually be affected by Planned Parenthood’s removal?” Whoopi started the discussion. Joy Behar chimed in, claiming that no tax dollars went towards abortion.

Bila mostly stayed quiet while Whoopi, Behar and Sara Haines spoke up in defense of Planned Parenthood. But when she dared to give the counterposition, Whoopi lost her cool, to put it mildly.

BILA: You're donating to an organization--

BILA: These people who are religious are donating to an organization they feel condones and supports something they don't support and it’s their money. So they're saying, look, you want to have an abortion, that's your right

WHOOPI: Apparently not. If it was my right you wouldn't give a crap whether or not I was having an abortion.

Whoopi began getting more angry, yelling and pointing her finger at Bila in anger.

WHOOPI: No wait, wait, wait. They do care. For me this is the issue. Whether you subscribe to people having abortions or not should have nothing to do with what I do or what I need. If I'm a low income person and I've been raped, you don't have the right to tell me if I should have an abortion. [ Applause ]

Then Whoopi made a wacky claim that somehow that “love your neighbor” includes paying for their abortion services.

WHOOPI: [L]isten, my religious background says -- okay -- that I'm supposed to make sure that people are serviced. That's what my religion says. I'm not there to judge. God judges. If God has an issue, you have an issue with God. Not you [to Bila]. But these people who have these problems, these problems are not their problems. They are my problem. And God says if I have an issue I talk to God. I don't have to talk to you.

Later on, Bila pressed back, citing the sting videos and PP’s use of misleading statistics. But Whoopi wasn’t having any of it.

BILA: People have concerns about Planned Parenthood as an organization. I know you talked about the videos that some feel have been debunked.

WHOOPI: They have been debunked! Listen, they're all bullshit [partially bleeped]

BILA: But a lot haven't.

Bila tried again to make her argument a little while later but again, was constantly shut down by Whoopi:

WHOOPI: They’ve been debunked, my God!

BILA: They haven’t though! They’re haggling over fetal tissue!

WHOOPI: They’ve been debunked! There’s no conversation. Listen, it’s just--You say it's not debunked. You believe it. It's shit okay? It's bullshit.

The segment ended when Bila called out Planned Parenthood touting a misleading statistic, that only 3% of the services they provide are abortions. Before Bila could even explain what that number actually meant, Whoopi interrupted again in outrage.

BILA: That statistic is false.

WHOOPI: It is an accurate statistic!

BILA: It is not! They divide--

Whoopi tried to cut Bila off again to go to a commercial break and frustratingly yelled, “Gosh!” as the camera cut away. Unsurprisingly, the producers of The View didn’t feel like this was a worthy conversation to continue, as they moved to a different topic after the commercial break.