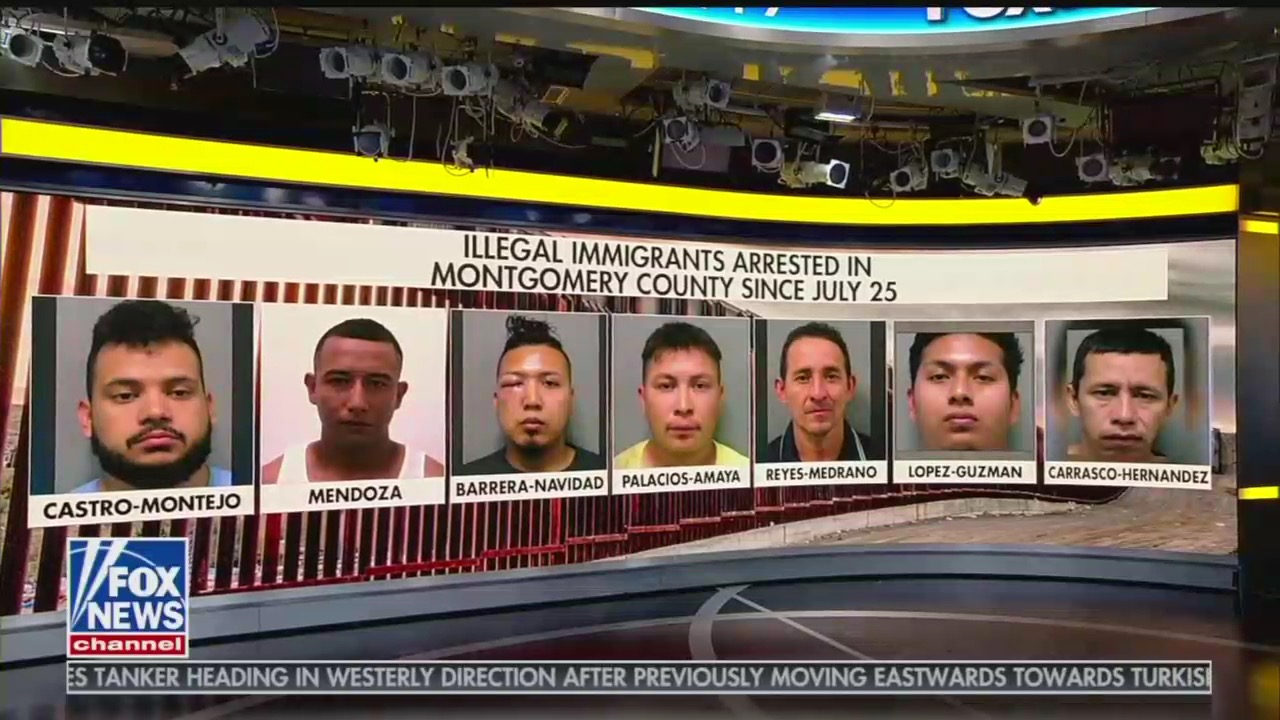 Montgomery County, Maryland’s liberal leaders are defending their lax treatment of illegal immigrant crime, after ICE revealed that seven illegal immigrants have been arrested for sexual assault or rape charges in the past six weeks, alone. Unbelievably, the networks could find no time at all to cover even one of the stories of children being assaulted in completely preventable crimes.

Friday, local Maryland reporter WJLA’s Kevin Lewis reported there’s been at least seven “undocumented” arrested in Mongtgomery County for rape, since late July. On his timeline, he described some of the disgusting details of these horrific crimes, against victims as young as 11 years old:

MORE: Here's the list of individuals arrested on sex offense charges in Montgomery County, Md. over the last 30 days.

Some defendants, including Luis Perez-Giron, have no record on file with federal authorities. That means they could be undocumented, the feds just can't confirm. pic.twitter.com/1VToHmJlj6

Understandably, crimes against children shock and horrify any sane person and are usually uncontested stories on the morning and evening newscasts. However, a search of Snapstream Sunday for various relevant terms revealed zero stories on ABC, NBC or CBS in six weeks on any of these arrests. Fox News did however, give several reports to the disturbing trend over the week on various programs, including Fox and Friends Sunday, where a retired ICE director condemned the liberal county’s crime problem:

It’s not as if the networks brushed this off as a local news story. In fact, ABC and NBC name-dropped Montgomery County, MD in several reports this week, just not for these crimes. Over several days’ morning and evening newscasts highlighted Montgomery County as a place where there were dangerous drivers not stopping at school bus crossings.

Imagine what would happen if the networks could muster up even half the emotional energy they spend on school shootings for these children victimized by a preventable crime.

On top of it all, on Friday a California appeals court threw out the only conviction (of gun possession) filed against the illegal immigrant who shot and killed 32-year old Kate Steinle in the sanctuary city of San Francisco in 2015. This development was also ignored by the networks.