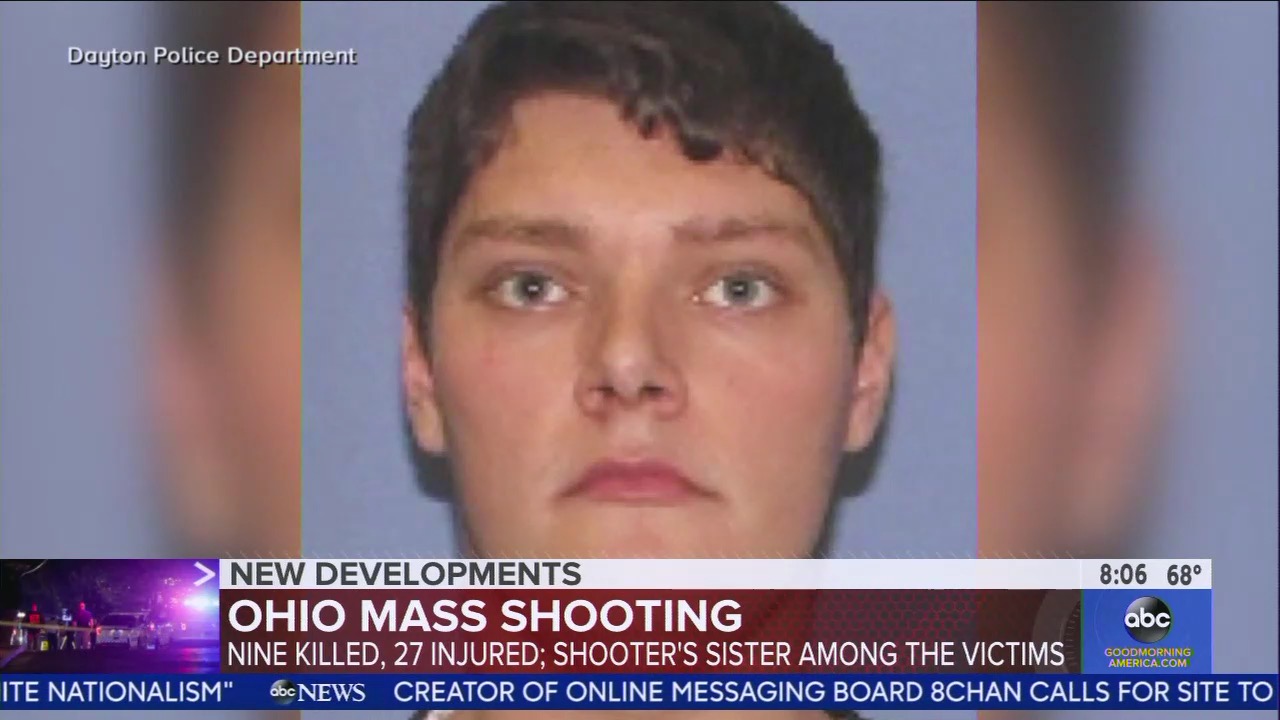 Monday morning following horrific, deadly mass shootings in Dayton, Ohio, and El Paso, Texas over the weekend, as well as Gilroy, California last week, the networks were eager to pin blame on President Trump for “fueling” the violence with his “hateful rhetoric” against immigrants. What they were not eager to do was point out that the alleged social media accounts of one of these shooters revealed he was a radical leftist, who supported socialism, antifa, and Elizabeth Warren for president.

The website Heavy.com found the alleged Twitter account of the shooter. On that Twitter account that was suspended shortly afterwards, the suspect identified as a “leftist” “atheist” who wanted socialism, and he said he’d vote for Elizabeth Warren. In his tweets, he supported antifa using violence against “white supremacists” and “right wingers” even calling the antifa terrorist who attacked an ICE facility in Tacoma, Washington, a “martyr.” On Charlottesville, he allegedly tweeted, “kill every fascist.” Photos also show him with a satanic tattoo, and he tweeted "hail Satan."

The shooter’s alleged account also had several anti-ICE tweets, and supported Alexandria Ocasio-Cortez’s “concentration camp” rhetoric. He also ironically rallied against guns in America and the Parkland school shooting while going on to commit his own killing rampage.

Heavy.com stated they confirmed it was his account by cross-matching the selfies posted under the Twitter account with news reports' photos of the suspect, and his own family’s Facebook profiles linking to this same Twitter account. The same tattoo could also be seen between these social media profiles, as well as pictures of him with his dog and family members, among other things.

On NBC’s Today, Craig Melvin mentioned the mayor of Dayton would hold a press conference in a few hours to reveal what they’ve learned about the shooter’s motive. ABC was even less interested, not even addressing motive until the second report by Eva Pilgrim, who noted, “Authorities have searched the gunman's house but at this point they have not released any type of motive.” CBS also noted no motive but suggested it might be racial: “Six of the nine people killed here were black. Police have not determined a motive,” Mola Lenghi stated, adding that the shooter had a “hit list” in high school.

While it is the media’s responsibility to share unverified information responsibly, they’ve already shown they don't care about acting ethically or responsibly when it comes to these tragedies, by immediately blaming Trump for any violent act that happens in this country.