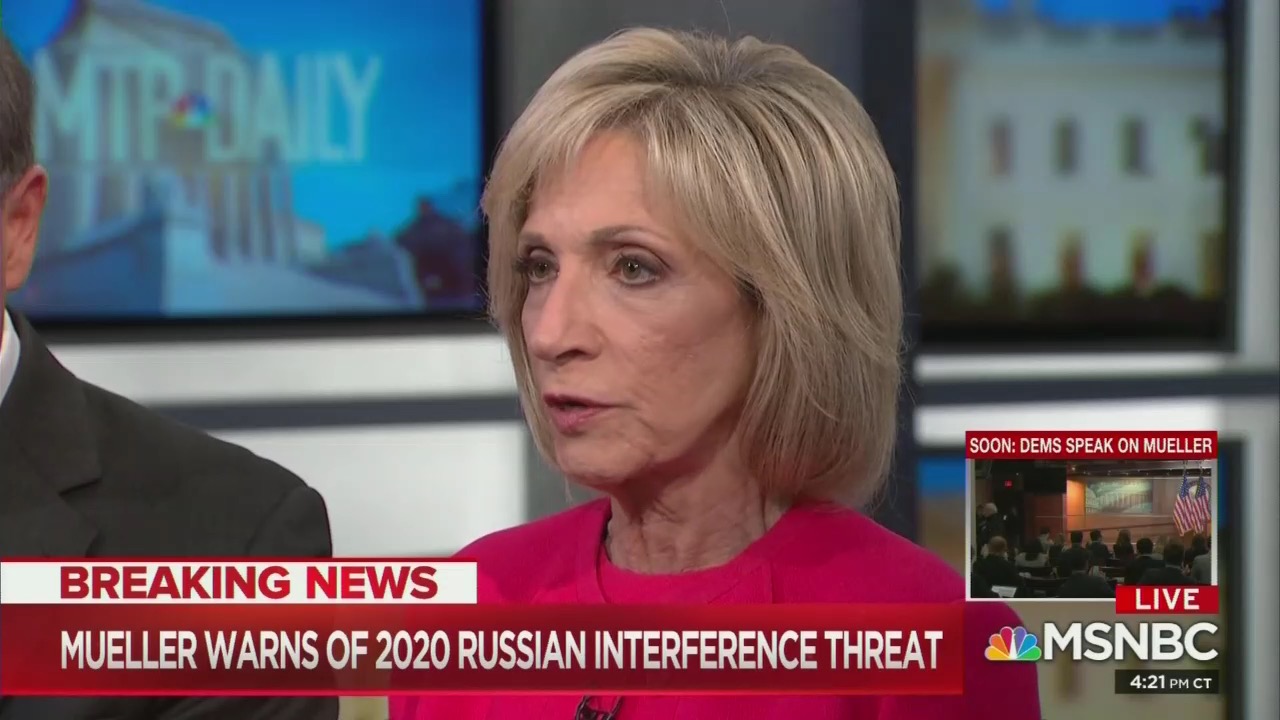 Todd asked Mitchell if Wednesday’s events would lead to impeachment or was it finally the nail in the coffin for the Russia investigation: “Today was a moment. Is it a moment that leads to something bigger or is today going to be an epilogue on the Mueller Report?” he asked.

Mitchell couldn’t hide her disappointment that it may finally be over, even admitting she was “sad” about it. She quickly added it wasn’t for partisan reasons, before attacking “shameful” Republicans as partisan and unpatriotic for trying to “undermine” the completely nonpartisan investigation:

I think it's an epilogue. I think that's very sad not for the reasons that some of the partisans might think. I think the issue of Russia's attack on our election is not getting enough traction.

And, yes, Robert Mueller was more engaged in the afternoon session on that subject. But it's shameful, shameful! That Republicans were so focused on trying to undermine the origins of the investigation that they did not deal with the fact that has been concluded by all of the intelligence agencies under Obama and of course their professionals---so these are not people of a different political party, and the career intelligence agencies all concluding as did our allies in the UK and elsewhere that Russia attacked our elections and that it had to be investigated.

Mitchell didn’t come up with this line of attack on her own. ABC and CNN journalists also employed the same tactic in their post-hearing analysis of deflect, deflect, deflect from the Mueller team’s partisan controversies to slam Republicans as the partisan ones.