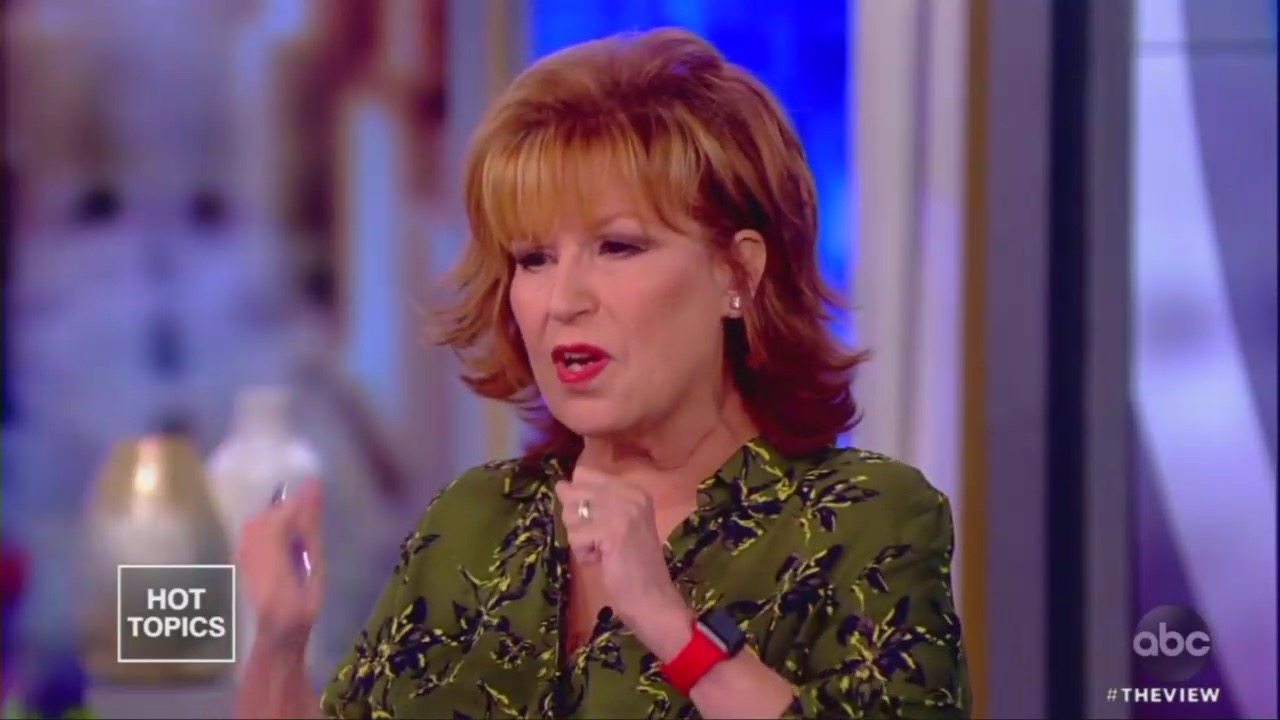 During a segment on the arrest of billionaire Jeffrey Epstein Tuesday, View co-host Joy Behar tried desperately to connect the longtime Democrat donor to President Trump. Despite the fact that Epstein was a major donor to the Clinton Foundation and President Bill Clinton reportedly took over two dozen trips with the sexual predator on his private jet nicknamed the “Lolita Express,” with underage girls in tow, Behar still tried to connect Epstein to Trump.

While the rest of the hosts were talking about acting Labor Secretary Alexander Acosta needing to step down for his involvement in Epstein’s plea deal in 2007, Behar butt in to get in some Trump bashing.

“You know what I love? What I love about this is Trump’s response,” she said, reading a quote from 2002 where Trump praised Epstein as a “terrific guy.” Behar suggested Trump was an apologist for men accused of sexual misconduct and he must hate women:

“Trump also -- remember when he said that Roy Moore was a great guy and Roger Ailes was a very good person. on the other hand, Meryl Streep is overrated and Ruth Bader Ginsburg’s mind is shot. Joy Behar has no talent. But Roy Moore? Fabulous guy. He’s great,” she snarked.

Meghan McCain briefly brought up the Clinton Foundation connection and the private jet trips but didn’t give details. Behar cut in to claim she wasn’t being political because this was ”not a Republican/Democrat problem.” Ok, sure.

After McCain suggested they bring Epstein’s victims on the show, Behar gushed, “Let’s bring them all on and bring all of Trump’s girls, the women who accuse him too, all 14 of them. Let's see them too!”

Sunny Hostin kept it rolling: “I’d be interested in that too!” adding, “Let’s not forget that a woman just recently came out and accused him of rape in a Bergdorf Goodman and it seems that story just went away!”

In another segment talking about the citizenship question on the U.S. census, Behar grumped that it was only because President Trump “didn’t win legitimately:”

Isn't Trump embarrassed that he really can't win legitimately? He should be embarrassed. The Russians help him. Gerrymandering helps him. Getting rid of all these voting rights helps him. You know, stopping people from voting, making the lines so long you can't even vote!