Joe Scarborough: Republicans Must Go 'All In' Opposing Trump to Win Elections 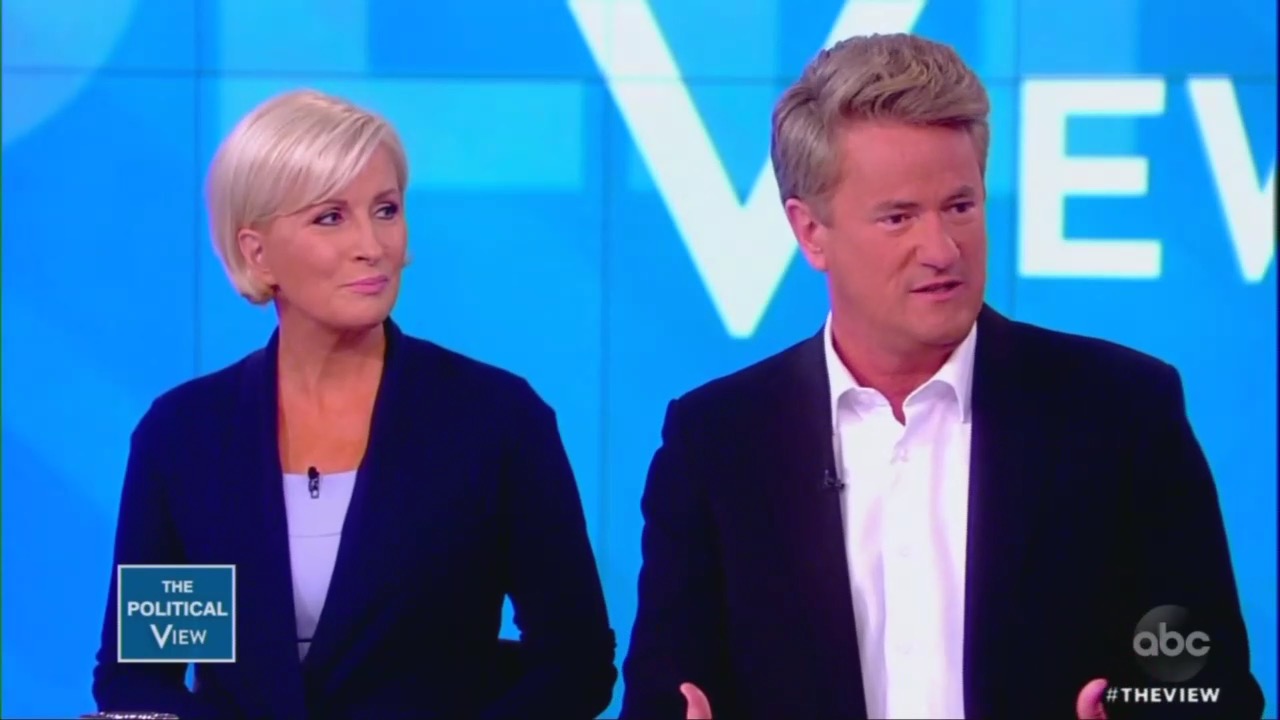 MSNBC’s married morning hosts Joe Scarborough and Mika Brzezinski were on ABC’s The View today to plug Mika’s new book and talk politics. The most mind-numbing part came when anti-Trump Scarborough, a former congressman who left the Republican party, gave advice to Republicans, as if he were still one of them.

Co-host Joy Behar quickly dove into politics, rehashing the events of the past few weeks with Barr and Mueller and Trump refusing to turn over his tax returns. “What more do we need to impeach this guy?!” she gushed in frustration to her liberal guests.

“Good question. Oversight is supposed to happen in real time,” Brzezinski agreed. “We actually need Republicans who stand up for the rule of law,” Scarborough touted, puffing up the late John McCain for being an outspoken opponent of President Trump.

Even Joy Behar rightly pointed out that these anti-Trump Republicans tend to lose elections. But Scarborough glossed right over that point, saying, the real problem was they didn’t go after Trump enough:

“The thing is, they go halfway. If you’re going to go in, you have to go all in,” he gushed. Abby Huntsman asked again how those Republicans would win their re-election campaigns. Again, Scarborough saw no problems:

“I think you can. Here’s the deal. We don’t know what happens when a Republican stands up to defend the rule of law against Trump...Other than Senator McCain,” he stated.

The MSNBC host bragged about how after President Trump won in 2016, the only congressman he wanted to speak with, at the time, was John McCain:

“It worked in Arizona because he embraced it...The thing that insults me with these Republicans is none of them will trust their constituents,” he sneered.

Scarborough also hailed Democrats as the last patriotic party in the country, rehashing what he said on Morning Joe today:

Here's the reality and I say this as somebody who is a lifelong Republican, who is still conservative, far more conservative than my colleagues on spending and smaller government and all the things that we used to believe in as a party. Unfortunately in 2019 the Democratic party is the only party in America left to defend the rule of law in Washington D.C.

Speaking of stupid advice, later in the discussion, Joy Behar suggested Democrats skip the primary and make Joe Biden the 2020 candidate, a suggestion which even irritated her fellow co-hosts.