Whoopi, Behar 'Pissed Off' by Joe Biden Accuser: 'He's a Toucher, That's What He's Like!' 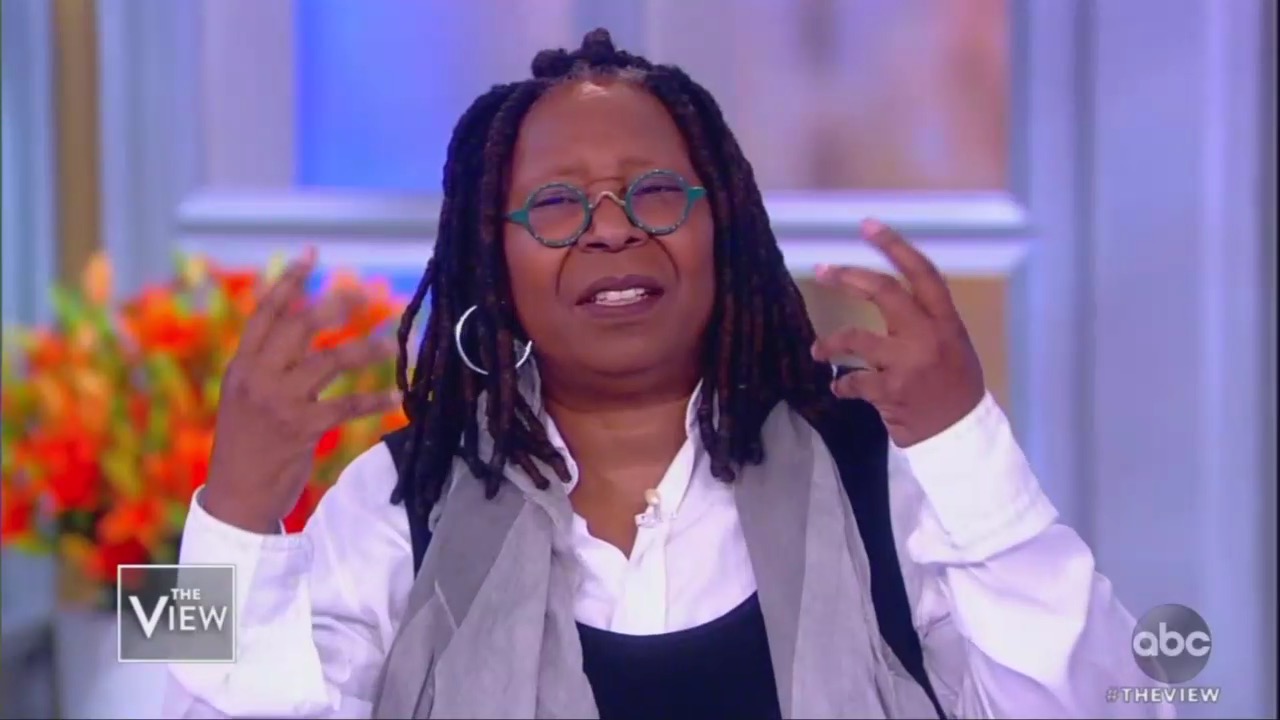 After they spent last week defending former Vice President Joe Biden after the left came after him over Anita Hill, the hosts of The View opened the show Monday defending the potential 2020 Democrat contender yet again. Over the weekend, fellow Democrat Lucy Flores, a former Nevada assemblywoman accused Biden of touching and kissing her inappropriately during a campaign event in 2014, an admission that caused the media to blow up all Monday, wavering on whether their #MeToo standards were still fair, when it affected people they liked.

The statement was also a heavy blow to the ladies of The View. Whoopi opened by snarking, “You know Joe Biden's presidential campaign hasn't even officially begun and people are trying to knock him out of the running.” Whoopi wondered if Flores should’ve made this public, before going on to downplay Biden’s reputation for being handsy:

Should she have spoken to him about this before she went on television about it? You know, listen, in the old days -- we would call Joe, some folks of a certain age would say he's a little overly familiar. Most politicians you know, when they're doing this with you, they are. Joe is a hands-on kind of guy.

Whoopi added that Flores should’ve confronted Biden in that moment if she felt uncomfortable. Meghan McCain interjected to argue that this was not the Democrat’s “MeToo moment:”

"She does not say it rises to the level of sexual assault or anything. She does not claim this is a #MeToo moment. I think we need to be very clear on that. Because I think some people are interpreting it that way," she urged.

“It does not rise to any of those things!” Whoopi agreed. Behar, unable to separate anything from Trump added, “No, it's a long way from smelling your hair to grabbing your hoo ha. Let’s tell the truth,” she gushed, before going on a rant defending Biden as an “affectionate” person:

“We all know Joe Biden... He's so friendly. He's a close talker...He touches you. That's what he's like,” Behar gushed, as one of the other hosts added he was "a toucher." Behar lamented that it would be “unfortunate” if our culture made it unacceptable to be an “affectionate person.”

“I don't know if we'll see anymore smelling of hair,” co-host Sunny Hostin added. That “pissed off” Whoopi and McCain.

“That pisses me off. I don't want Joe to stop doing that!” Whoopi exclaimed. McCain added, “I don't either," before going on a lengthy tirade about how "good and decent" a person Biden was and lamenting that Democrats were going to let Trump win again in 2020.

Whenever any accusation of inappropriate behavior or sexual misconduct or even assault come against a Democrat politician, the hosts of the View certainly show their own double standards. Joy Behar in particular, frequently defends Democrats while showing no mercy to Republicans. She was a staunch defender of former Democrat Senator Al Franken before he resigned for his own inappropriate touching scandal in 2018, while that same year she hammered the “guilty” Supreme Court Justice Brett Kavanaugh when the completely discredited accusation from Christine Blasey Ford rose against him, even calling for his impeachment.

Behar even admitted her own double standard, saying when it came to Bill Clinton, she’d vote for a rapist if he enacted legislation in her favor.