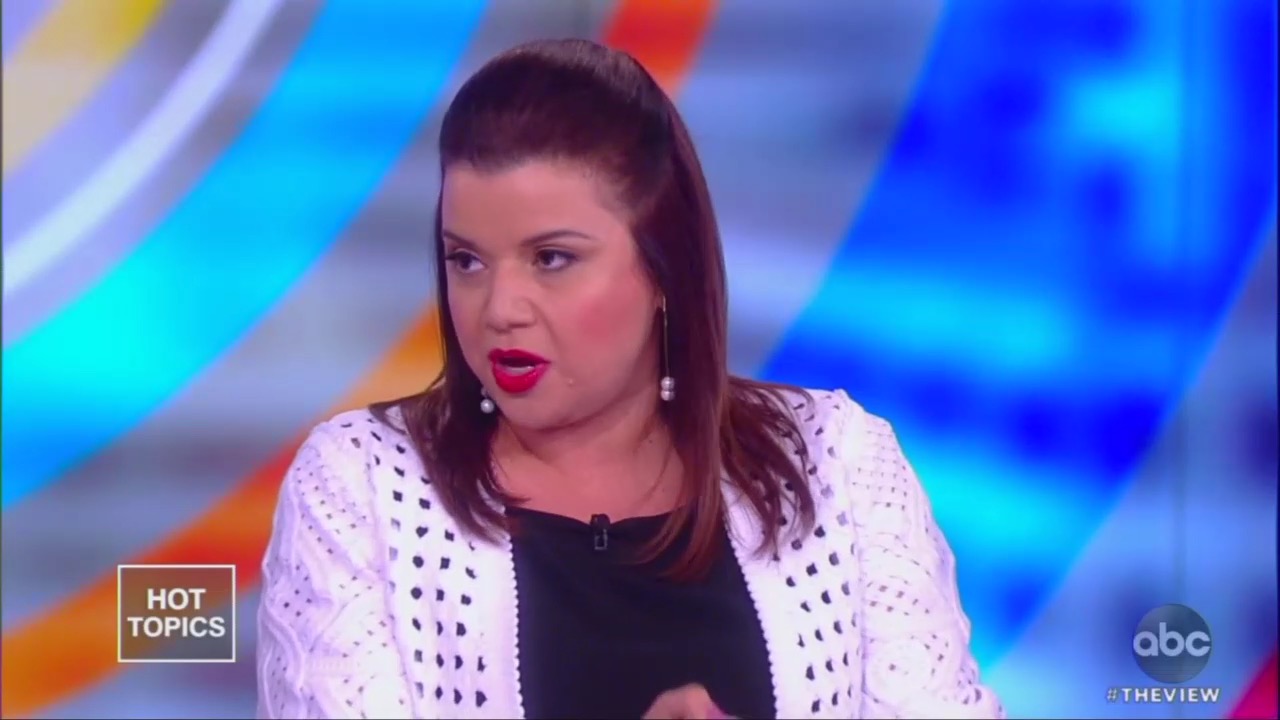 Friday the hosts of The View reserved their rage for Education Secretary Betsy Devos, after the administration backpedaled on cutting federal funds for the Special Olympics. Liberal host Ana Navarro tore into DeVos for being wealthy, calling her “Cruella DeVos” while Joy Behar not-so-subtly called her a “bitch.”

After President Trump came out Thursday disagreeing that they would cut funding for the Special Olympics, the hosts of The View weighed in. Friday co-host Ana Navarro went on a lengthy tirade against Betsy DeVos, calling her a “heartless” "faux Christian" and comparing her to fictional villain Cruella de Vil, who killed puppies to make herself fur coats:

I don't know how this woman who is very rich and can go sit in a yacht is still working for him. He has thrown her under the bus. Not that -- she comes across heartless. Not that she needs much help on that. She's being called Cruella Devos and she's still working for him after he yanks the rug from under her feet. But more than that...Special Olympics is something that we're all passionate about but it's not just Special Olympics. It was millions and millions of dollars in education for autism, for blind students. A 26% cut for state grants. So we have got to be vigilant that it's not only Special Olympics that is getting being reinstated that it is all these grants. I don't want these faux Christians talking to me about you know, how to treat people if we can’t treat the needy and the people who need this help, with compassion.

Co-host Joy Behar also gushed about DeVos’s wealth, as if it were a character flaw, before indirectly calling her a “bitch:”

Well it just shows you though what this administration is all about. Right there it shows you. To the point that she's working for him when she's so rich and has ten yachts. Have you seen the pictures? She's really rich. Really rich. Rhymes with rich, huh? [laughter]

Only co-host Meghan McCain bristled at her peers’ dragging DeVos for her wealth. “I really wouldn’t bring her personal family wealth into this,” she lectured. But her co-hosts pushed back.

“She doesn’t need the paycheck, right?” Navarro shot back. Fill-in host ABC’s Deborah Roberts added, “I think the suggestion is that she might be that is out-of-touch because she is so wealthy?”

Considering each of The View hosts is worth millions of dollars, that little moral lecture on wealth is just a bit hypocritical.

Co-host Abby Huntsman called into question DeVos’s compassion. “Clearly she didn’t have enough in her heart in that moment to know,” she began. Behar cut in to rant:

“This is an administration that locks up children in cages,that separates children from their families. We expect compassion from them? They're the opposite of that!” she gushed.

McCain slammed her co-hosts for doing “character assassinations of people,” and not “sticking to the facts” but Navarro kept insisting the attacks she raised against DeVos were legitimate until finally Behar cut to commercial.