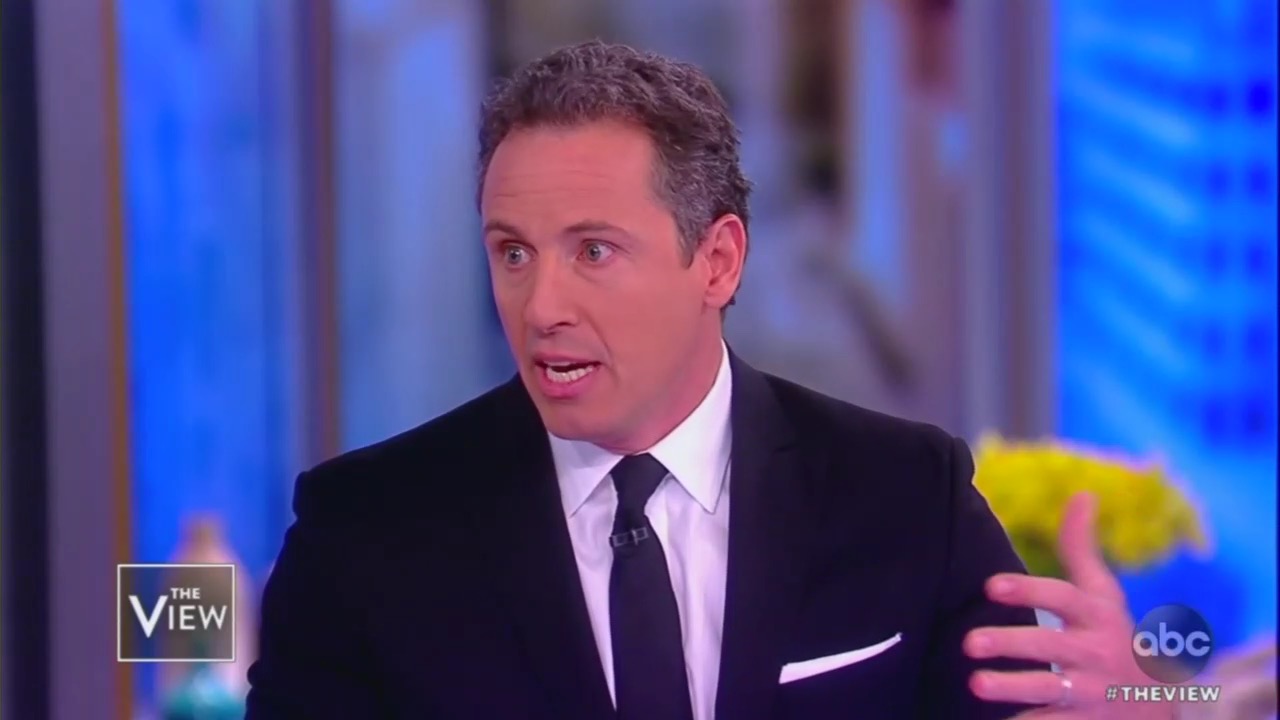 Just when you think The View can’t get any more unwatchable, they bring on CNN journalists as their guests. On Thursday's show, host Chris Cuomo came on to talk about pretty much everything in the news cycle except Covington. He even defended Buzzfeed for their inaccurate anti-Trump report released last week, while defending his own network as having no bias but slamming Fox News for its own.

After bashing Fox News for not pressing Sarah Sanders and other administration officials hard enough, Cuomo was asked about his own network’s habit of grandstanding by co-host Meghan McCain.

“You don't think it's appropriate for anchors to opine and to know the difference between journalists and opinion makers?” she asked, specifically calling out Jim Acosta.

Cuomo said there was a difference and that line was often blurred but that the media couldn’t be judged as a monolith. “Even CNN, I'm proud of the place where I work but you can't judge everyone at CNN the same way,” he said, moving on to bash the Trump administration some more as “liars” who needed to be called out by journalists.

“This administration lies more than anything I have ever seen in public life. And I was raised in politics so I have a very low bar for being truthful because I've been raised around politicians,” he slammed.

“Shouldn't the reporters be able to call her out on the lies?” co-host Joy Behar jumped in to defend CNN. Cuomo added that Acosta in particular “didn’t have an easy job,” praising his grandstanding performances as “him testing power, him demanding accountability from power.” Where is that accountability again for Democrats on your network, Cuomo?

As co-host Abby Huntsman referred to Acosta again, a clearly irritated Behar jumped in again to defend the obnoxious reporter. “What is this, hate Jim Acosta day?” she said in frustration.

“Maybe we should have Jim Acosta on the show and let him speak for himself! I would love that!” Sunny Hostin, a forrmer CNN legal analyst, gushed.

Huntsman went on to praise Cuomo’s fairness before asking what he thought about the Buzzfeed report.

Cuomo echoed NBC and the View’s liberal hosts in desperately defending the report as not entirely false. He lamely defended the outlet’s lack of journalistic ethics, saying, “Reporting’s hard:”

Reporting is hard. The idea that anonymous sourcing is somehow weaker sourcing, is BS, ok? You would not get people in power to tell you things if they thought they were going to be exposed. ...Buzzfeed's article, they have to answer for their own reporting. They stand by it. The Mueller probe comes out and says some of it is not accurate. It was a very careful statement. I would hold judgment until you see the whole story.

Huntsman also wondered if the media’s anti-Trump bias was going to help him get re-elected in 2020 but Cuomo, unable to see the plank in his own eye apparently, said that Americans could see through agendas so they wouldn’t be fooled to re-elect Trump: