Mia Love Slams Democrats: ‘Diversity On the Left' Good Only 'If You Think the Same Way They Do’ 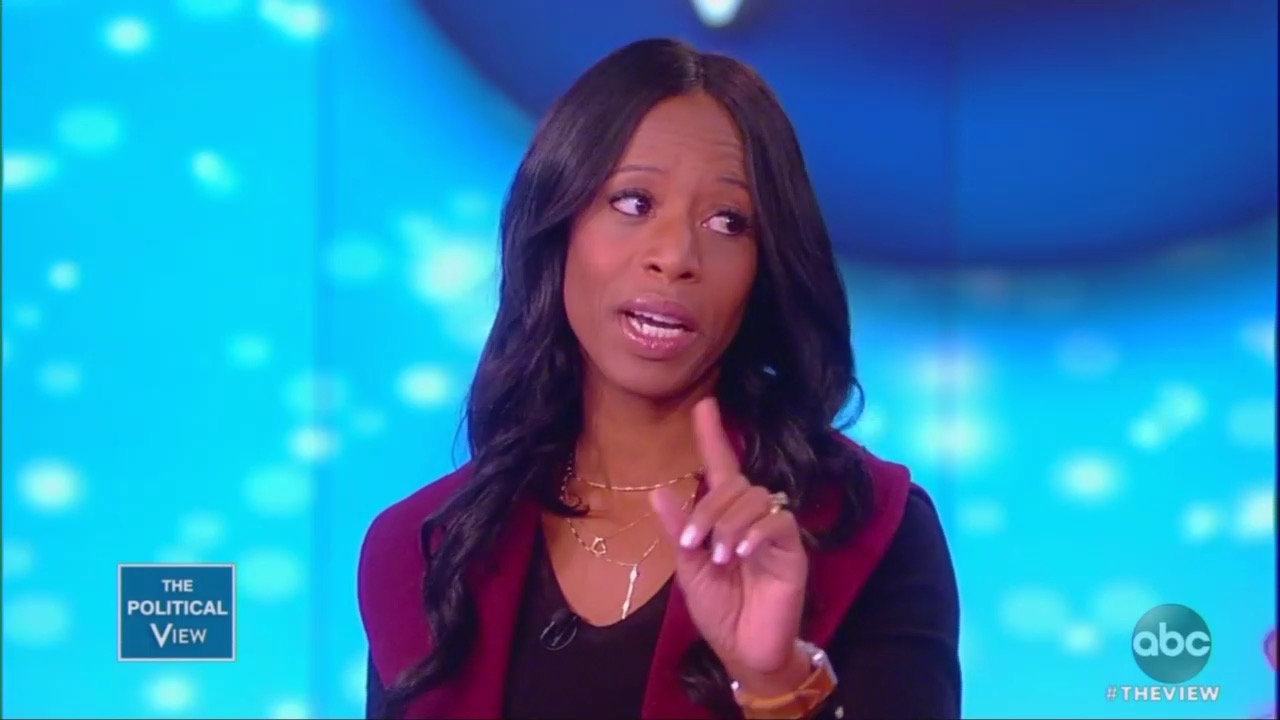 Friday at the Hot Topics table, the hosts of The View argued with Utah Republican, Rep. Mia Love, pressuring her to call President Trump a racist, after he blamed her critical stance towards him as the reason why she lost to her Democrat challenger in the midterm elections. Love didn’t fold under the pressure from the liberal hosts, instead calling out Democrats for targeting her because she is a black, female Republican.

After talking about her reputation as a never-Trumper, co-host Sunny Hostin told Love that her blindness to her party’s racism “doesn’t make a lot of sense” when Republicans support an obvious racist as president:

You mentioned Republicans failed to take minorities into their hearts and their homes. It almost seemed like a revelation to you. I just ask you, because as a black Republican, that doesn't make a lot of sense to me when you have a Republican party that's, you know, supporting a president who was a birther. Central Park Five. DOJ settlement. Not letting black people rent. You're a Haitian-American. He called Haiti a [ muted ]. Why were you so surprised by that?

But instead of taking the bait, Love argued Democrats were the party that hated diversity, claiming they poured money into her district and others to wipe out non-white Republicans:

LOVE: We're not going to let Democrats off the hook. Because I was actually targeted--- I need to say this. They targeted me because I was a -- because I am a black female Republican. And they replaced me with a middle-aged white male in the state of Utah.

HOSTIN: Well, the voters did.

LOVE: Well, there was a whole lot of money and an R + 13 district that wanted to take me out. Look at Carlos Curbelo. They tried to get rid of every single diversity that they possibly could. And to me, diversity on the left side is good for them if you think the same way they do.

"I don’t agree with that. Carlos got replaced with a woman. First Ecuadorian who will serve. I think it's politics. They wanted a majority.... I don't think it was to them targeting a black woman," she argued. Swiftly bringing it back to Trump, Navarro tried to get Love to condemn him as a racist as well, while Joy Behar kept interjecting, asking, “Do you think he's a racist?”

Love defended her positions, saying that the times she stood up to the president it wasn’t about race but about right and wrong.

After co-host Abby Huntsman protested at the focus being on Trump, saying conservatives didn’t have to answer to him, Navarro gushed, “It’s fair to make it about Trump when he danced on her political grave!”

Love reasserted her stance as a conservative who wasn’t “defined by the White House” but “defined by a set of principles,” as the interview came to a close.