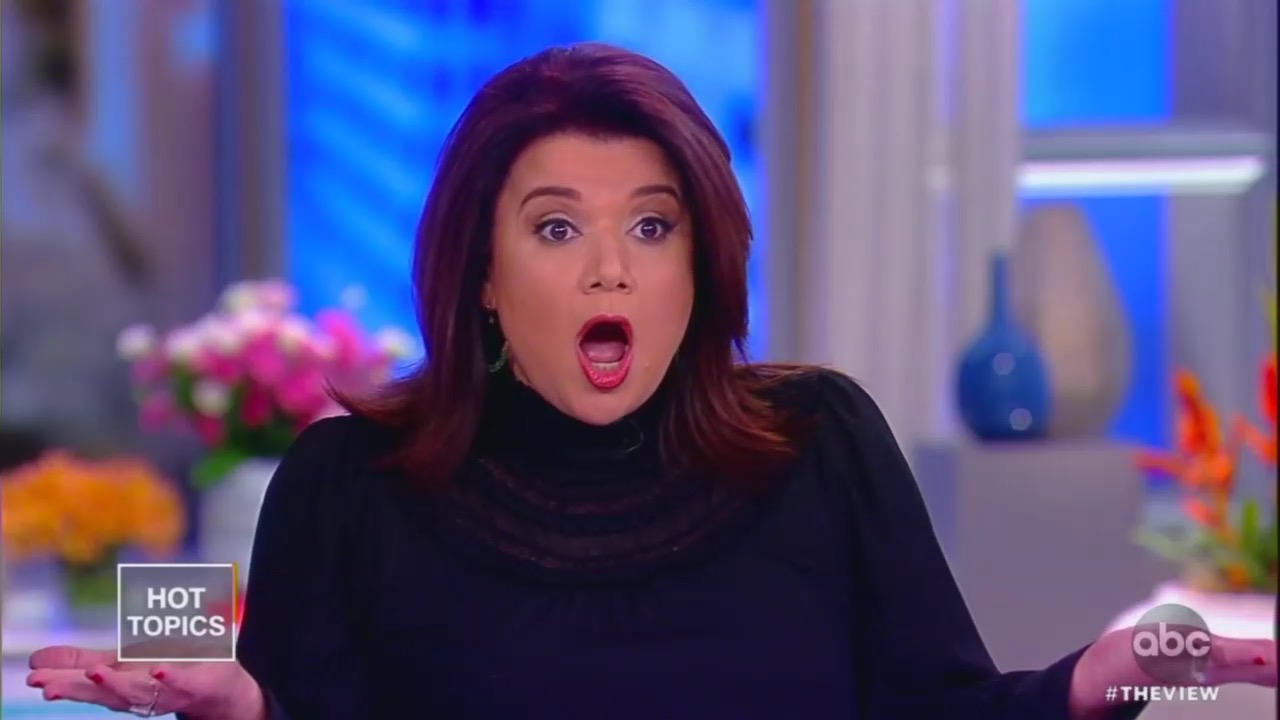 Friday on The View, the hosts slammed conservatives as racists that were “obsessed” with the media’s favorite Democrat socialist, Alexandria Ocasio-Cortez. While they brought up the topic because of a stupid tweet from a conservative writer which mocked Cortez for her clothing choices, they used that tweet to accuse the entire conservative movement of having a racist agenda and obsession with the new congresswoman.

Co-host Abby Huntsman griped, “She’s the easiest target for conservatives. They love to mess with her,” to begin the segment. Huntsman didn’t point out that Cortez’s ignorance during several interviews and inability to even define her own political platform could be one reason why she is an “easy target.”

New co-host Ana Navarro claimed the right (which she still claims to be part of?) is “obsessed” with Cortez, bringing race into it:

They're not messing with her. What they're doing is making her star brighter, getting her famous, giving her more of a spotlight. She maybe can’t afford rent in Washington D.C. right now, But is she living for free in the conservatives' head! They are obsessed with this woman.

I mean really guys, get a hobby. I think they're bothered-- hot and bothered by a young, brown, liberal woman who is unapologetically liberal and that’s what she is.

But co-host Joy Behar said it was because socialism “drives them nuts,” (a term that is seemingly innocuous to the liberal host.) Behar then claimed that “firefighters” were an example of socialism:

“It's the democratic socialism. It's the word socialism that drives them nuts. The firefighters, that's socialism in California by the way. One example,” she stated.

Co-host Sunny Hostin brought it back to demographics, saying that the right was “threatened” by her because she was from a working class background:

I tend to agree with you, Ana, because she seems to be such a big threat to the folks that are constantly targeting her and if you think about her background, you know, they're working class parents. Her father was born in the South Bronx, yeah, and also her mother in Puerto Rico and she's worked so hard for everything in life. If you look at all of Congress, I mean, the Senate is filled with gazillionaires, the representatives, the House, filled with gazillionaires.

Hostin also touted this highly suspect claim that “no one” from the working class has gone on to become a governor, Supreme Court Justice or the president. Whoopi pushed back on that, citing Justice Sonia Sotomayor.

While no one at the table mentioned it, the media is far more obsessed with Cortez than conservatives are. Even the hosts of The View were enamored with her when she appeared on their show months ago.