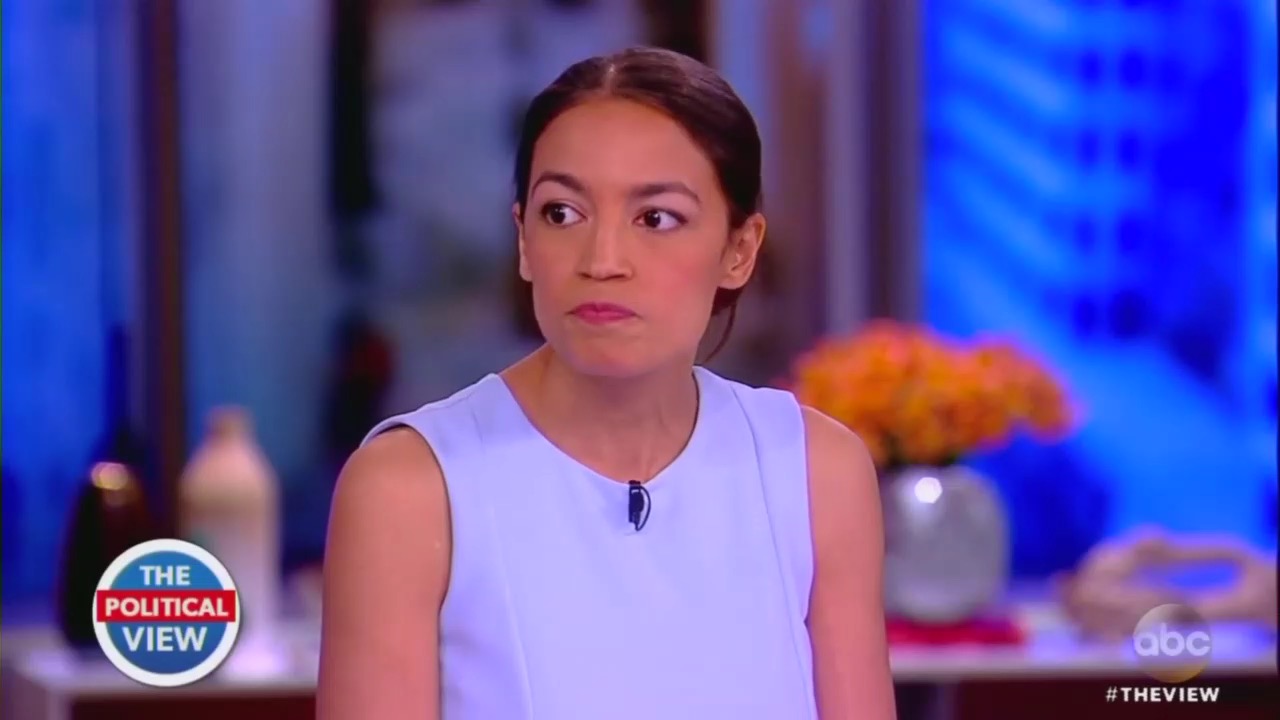 Friday at ABC's The View, as Republican strategist and CNN political commentator Tara Setmayer filled in as guest host, the panel sat down with Alexandria Ocasio-Cortez, the “Democrat-Socialist” who recently beat out the incumbent in New York's 14th Congressional District primary. While the media has gone gaga over the notion that she could be the youngest woman ever elected to Congress, they've glossed over her radical, leftist viewpoints. Even as two Republicans sat at the View’s table today, they manage to shirk away from confronting Ocasio- Cortez on her platform.

The hosts started off giving a warm welcome to Cortez, playing Bruce Springsteen’s “Born to Run” as she walked out to the excited crowd. “I’m so proud of you,” host Sunny Hostin gushed repeatedly, to the fellow Puerto Rican from the Bronx.

They began by avoiding all controversy with questions like, “Did you think you were going to win?” and “Why did you run?” Hostin even stepped in to play PR for Cortez, noting she had degrees in economics and international relations. Finally Joy Behar and Meghan McCain asked Cortez about her win upsetting the Democratic party, who didn’t financially back her.

“Do you think that shows the Democratic Party at the moment does not get it? They don't understand to back people like you?” Behar asked. Cortez characterized her lack of support due to her being the newcomer and how well established Democrats didn’t want to rock the boat by supporting her publically, but privately they did.

Meghan McCain asked a similar question but did point out Cortez identified as a “Democratic Socialist.”

First of all, there is a huge difference between socialism and democratic socialism. Basically what that boils down to me is I believe that in a moral and wealthy America, in a moral and modern America, no person should be too poor to live in this country. [ Cheers and applause ] And that's what I believe.

Cortez shrugged off the controversy of running on a Socialist platform, saying, “I don't think people wake up in the morning and say, I'm a Capitalist, you know? So it's funny that when I win, this is the word that's always so thrown around.”

“But they use the word socialism, all the time,” Behar quipped, apparently referring to conservatives. That was about as close as it got to an argument, as Tara Setmayer cut in to say that they weren’t going to talk about Cortez’s viewpoints on the show:

“I think we should probably save that conversation for another time because I‘m sure Meghan and I would have disagreements on the socialism aspect of this. This is about you today, and what you did was really amazing!” Setmayer gushed.

“You're -- obviously I come from a different world view on how to approach problems, but your campaign video was so fantastic,” she praised Cortez. “It was inspiring, it was real, it was relatable,” she added as the audience clapped.

After this, Setmayer asked about her life long goal of running for president, which Cortez shied away from, saying it was a childhood dream.

Setmayer encouraged her to run. “If Trump can do it, anybody can do it! So don't stop there if you don't want to!” she gushed.