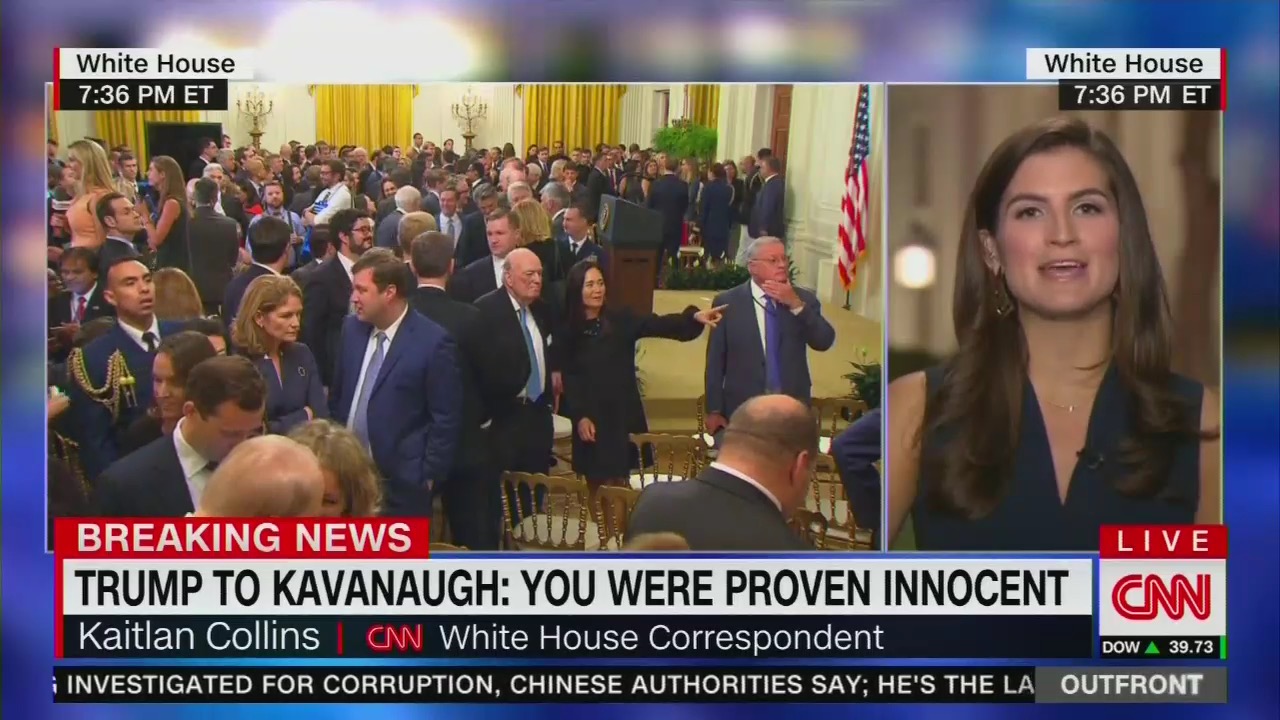 CNN has made a hero out of Kaitlan Collins, after the young White House correspondent was banned from one press briefing for her petulant behavior a few months ago. But maybe they should make sure their reporters actually know what they’re talking about before giving them important assignments like reporting from the swearing-in ceremony of the next Supreme Court justice.

Reporting live Monday evening from that public ceremony in the White House, the CNN correspondent attempted to smear both Justice Kavanaugh and Justice Thomas with this slanderous statement:

[O]ne moment during that -- people in the room are telling me that, as President Trump was saying, this shows you are still innocent until proven guilty, Clarence Thomas was seen clapping in the room. I don't know if any other justices were, but Clarence Thomas was of course, during his confirmation hearings, was also accused of sexual assault. He was there clapping as well.

But Thomas wasn’t accused of sexual assault. Anita Hill accused him of sexually harassing her with lewd talk about pornography and pressuring her to date him. But still, anchor Kate Bolduan, who was filling in for Erin Burnett, did not correct Collins on this blatantly false statement.

Nearly a full day later, the network and its reporters have remained silent after many people have called out Collins on social media.