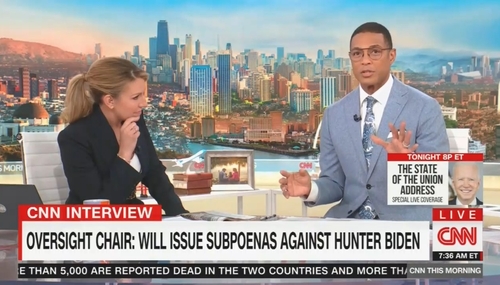 A solemn Don Lemon reacted to a Kailtin Collins interview of House Oversight Committee Chairman James Comer on Tuesday’s CNN This Morning by lamenting that Republicans are “Citing uncredible sources like citing the New York Post” and “The American people are going to have to suffer through all of this stuff.” 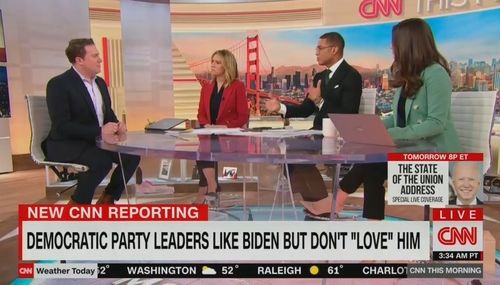 Don Lemon: Dem Insiders Might Be Meh on Biden, But 'People Love Him!'

On CNN This Morning, Don Lemon claims that, when it comes to their view of Joe Biden, there is a "disconnect" between Democrat party leaders and the people.  According to Lemon, although party leaders might be unenthused by Biden, "the people love him." The only evidence adduced in support of Lemon's theory was his own mother. 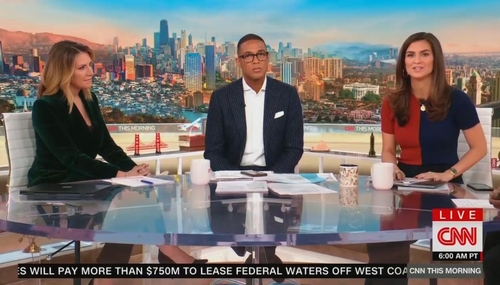 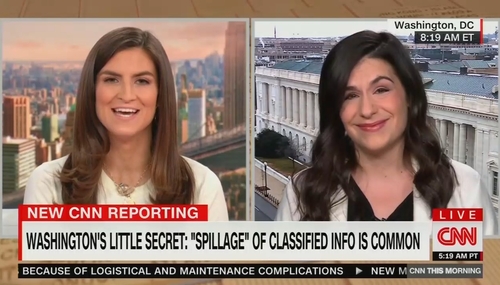 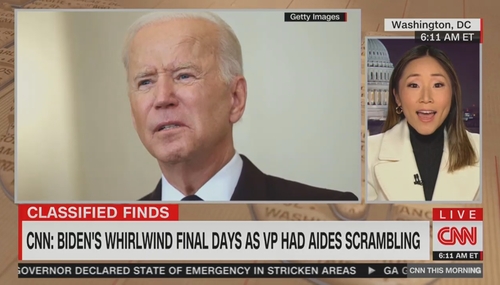 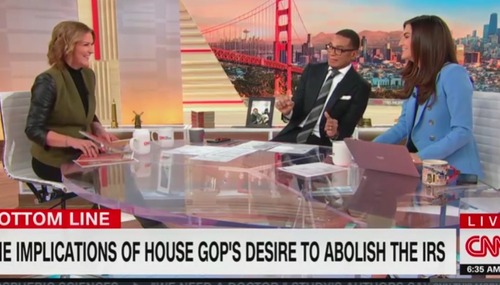 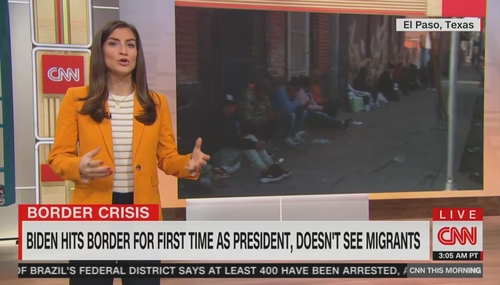 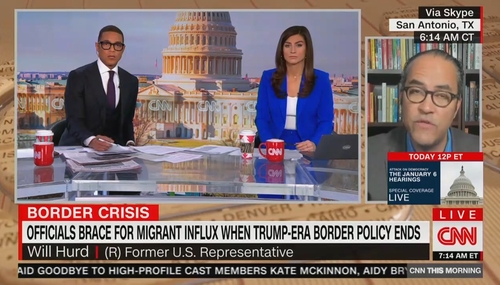 With Title 42 set to expire this week and a tidal wave of illegal immigrants predicted to flood across the U.S./Mexico, the cast of Monday’s CNN This Morning was visibly shocked to hear calls for Homeland Security Secretary Alejandro Mayorkas to be fired for his inability to get the situation under control. Co-host Don Lemon even stepped up to defend President Biden on the border and… 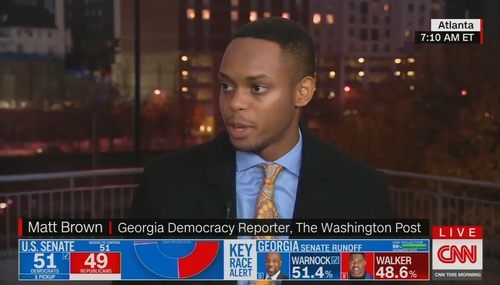 On Wednesday's CNN This Morning, as the show had on Washington Post reporter Matt Brown to discuss the Georgia Senate runoff, co-host Kaitlan Collins asked Brown about his article tying the runoff system to White segregationists who designed it in the 1960s. Neither mentioned that these segregationists were Democrats as Collins vaguely called them "conservative White… 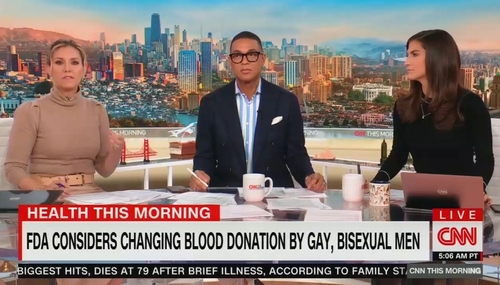 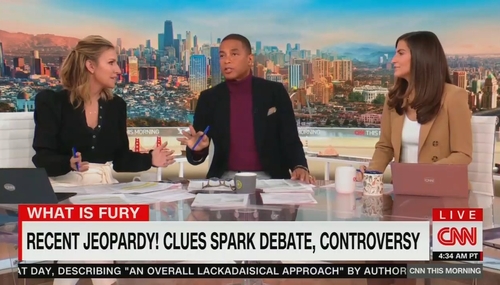 One of the quickest ways to annoy a liberal is to not care about the thing they care about. That fact was apparent on Friday’s CNN This Morning as co-hosts Don Lemon, Poppy Harlow, and Kaitlan Collins whined about three Jeopardy! contestants collectively blanking on Justice Ketanji Brown Jackson as an answer to a question over a week ago. 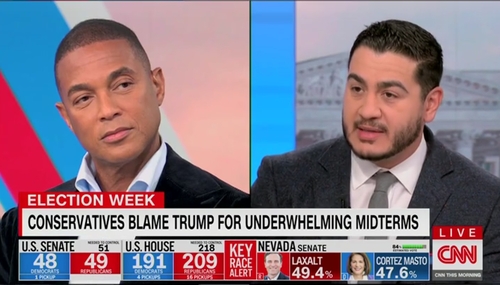 On CNN This Morning, Don Lemon says it could be true that whereas the GOP needs to move on from Donald Trump, Ron DeSantis could be much worse.