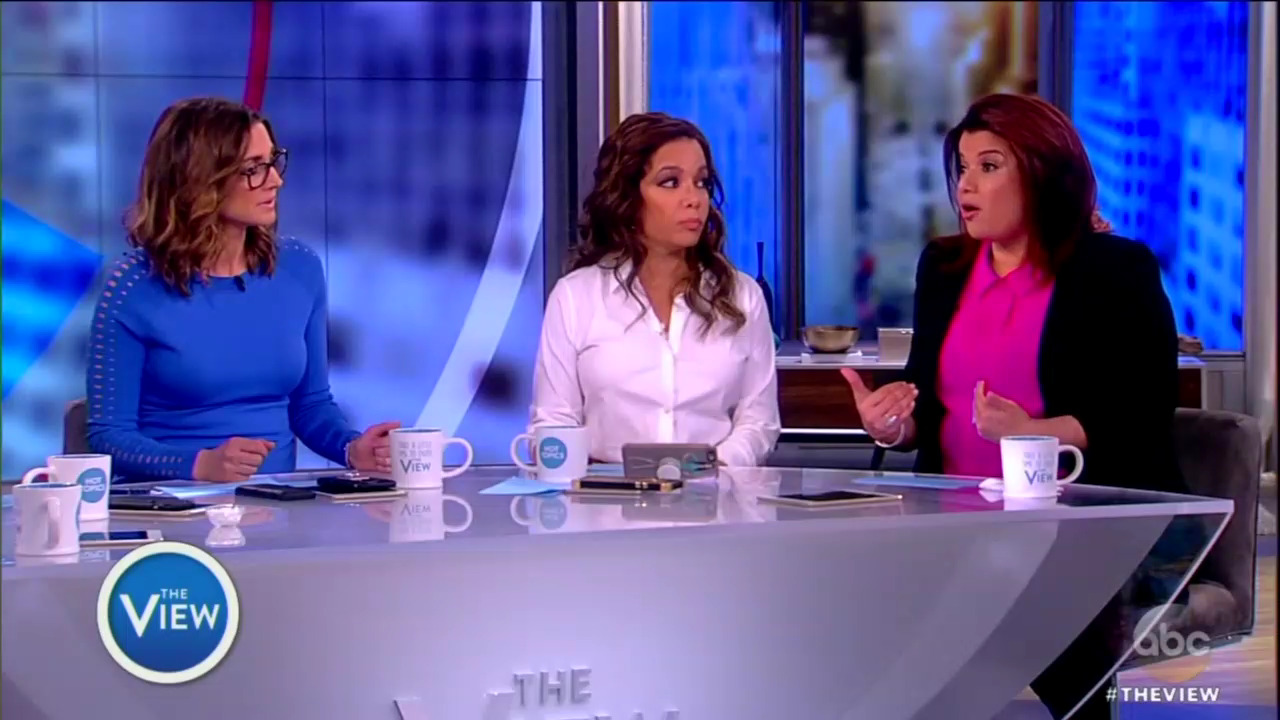 I will say this and I've said this on the show before. I think this story is bigger than Stormy Daniels ….I think it makes it more plausible that the Russians may have some sort of sexual blackmail on this president, and that perhaps is why he's so complimentary.

Friday fill-in host and weekend GMA co-host Paula Faris wondered what that had to do with Stormy Daniels.

“What does the fact that she seemingly exploited the president -- she tried to sell her story to the network!” Faris asked, perplexed. But Hostin kept citing it as legitimate:

The Steele dossier is “completely unsubstantiated at this point,” Faris shot back before questioning why people were “adopting” Daniels as “the champion for the many alleged victims” of the president.

Faris wondered why Daniels, who is accusing the president of a consensual affair, was being lumped in with the women who accused him of sexual assault. “Do you really believe she is a victim?” she asked.

That’s when the other hosts jumped in to praise Daniels because, “she persisted!”

Guest co-host and faux Republican Ana Navarro gushed how “empowered” Daniels was, because she “refused to be silent”:

ANA NAVARRO: I don’t think she’s trying to portray herself as a victim. certainly don't see her as a victim. I see her as a woman who refuses to be shut up, who refuses to be silent. [audience applause] I see her, frankly, and I think the reason that she's got this appeal is because she is this very empowered woman. I mean, this lady does not give a damn about anything!

While Behar quipped that Daniels was braver than the Republicans in Congress. “She has more testicularty than the entire Republican Congress at the moment!” she praised, as the audience erupted in applause.