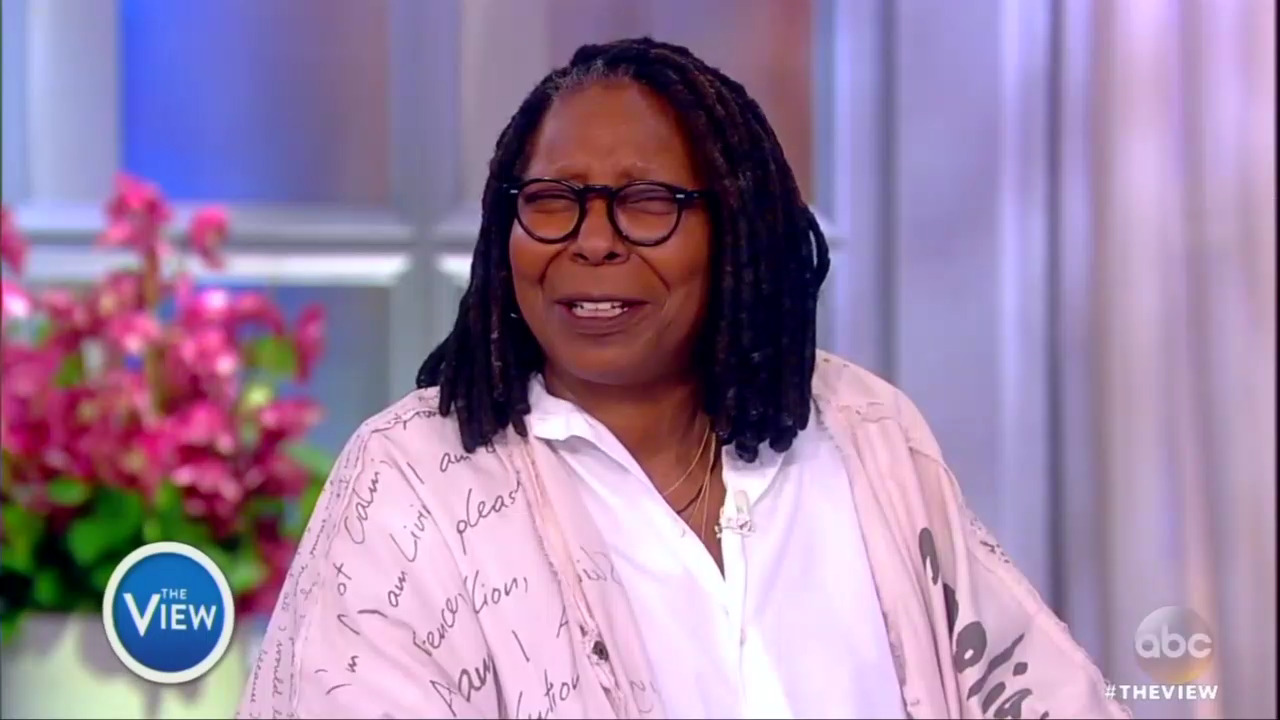 Wednesday on ABC’s The View, the largely liberal panel mocked the idea that officials appointed by President Obama, still working in the federal government, could have an agenda against President Trump.

Host Whoopi Goldberg led the discussion by laughing at the idea, cracking up as she described Trump’s tweets about the “deep state”:

Both the current guy in the White House and his son have been tweeting about the so called “deep state” which is a conspiracy theory which government employees [giggles] loyal to Obama and Hillary are working behind the scenes to derail [giggles] his presidency. Now does this seem a little odd?

Gathering her composure, she continued reading the actual dictionary definition:

It's been around a long time, this theory of the deep state. Based on what the Oxford Dictionary says, which is it's “a body of people, typically influential members of government agencies or the military believed to be involved with the secret manipulation or control of government policy.

By this point, the rest of the panel kept up the mockery. “Is this like Scandal?” co-host Sunny Hostin joked.

“If this was real, do you think he would still be a sitting president?” Whoopi continued scoffing.

“Maybe the Russians are planting this stuff! How does he know? Ask Jared!” she snarked.

While the rest of the panel scoffed at the “conspiracy theory,” host Meghan McCain pointed out that the idea wasn’t a loony fringe idea.

“It's worth noting that 48% of Americans think the deep state exists, according to an ABC/This Network poll,” she began.

“That’s ridiculous!” Hostin exclaimed. McCain then explained that a little less than half of Republicans and Democrats believe in the “deep state,” saying it runs the gamut including ideas like “Area 51.”

Instead of addressing the question of where all these unflattering “leaks” from anonymous sources within the administration were coming from since President Trump took office, Whoopi somehow equated this commonplace idea to fake internet conspiracies like “PizzaGate”:

Let me tell you the danger of that. You've remember PizzaGate? Where they put out this insanity that there was some sort of -- thing happening, selling of children out of a pizza joint in Washington. According to them I guess she [Hillary] was sitting there with Bill and counting the kids. Someone got shot because of this insanity. Do you understand that? When you have insane theories like this, people get hurt.

She went on to rant about how “dangerous” it was for President Trump to be espousing such ideas as the “deep state,” saying it was a marker of “insanity”:

What makes it particularly scary it used to be thought of as insanity. It's now being thought of as fact. I want to point out there was no one running children through this pizza store. They put this information out there, no fact checking, nothing and someone got shot. Someone was shot because a man decided he believed it. He drove from where he lived to the pizza shot with his gun.

Hostin picked up on that theme, calling Trump “paranoid” to believe anyone within the government could be trying to sabotage his presidency:

I wonder if the president really believes this. I've been joking about it. This is the first I'm hearing about this deep state. If you're playing to the conspiracy theorists in your base or 46% of Americans, that makes sense. If you're the President of the United States and you are paranoid enough to believe there's some conspiracy against your presidency and you have nuclear warheads at your disposal, shouldn't we all be a little bit concerned about this?

“This is no joke. People getting hurt,” Whoopi shook her head before cutting to commercial break.

Later in the show, Whoopi offered a correction, acknowledging no person was actually shot in the PizzaGate shooting incident.

Speaking of conspiracy theories, the hosts at The View have expressed their own over the years.

Longtime former host Rosie O’Donnell repeatedly suggested on the show that the 9/11 terrorist attacks were staged by the U.S. Whoopi Goldberg herself has espoused her own conspiracy theories. In the last year alone, she suggested that the Taliban “started” like Trump, and that “antifa” was a fake group “made up” by the right.