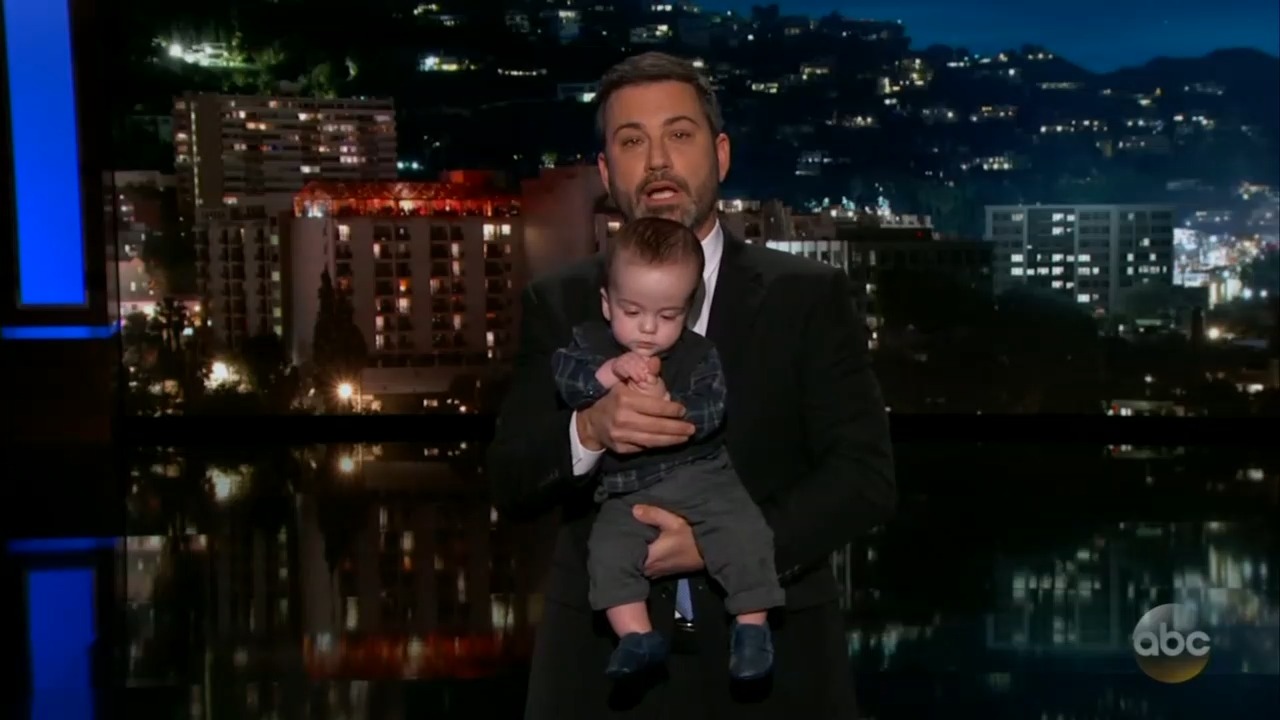 At the request of readers, The Washington Post finally analyzed late-night ABC host Jimmy Kimmel’s latest toddler-toting tirade against the Republicans, which occurred on his Monday show.

Glenn Kessler, the Post’s resident “fact-checker” took him to task on his column December 13, and shot down Kimmel’s hyper-partisan claims about the Republican tax bill, as false. Despite that, the paper refused to actually give Kimmel any Pinocchio rating.

Diving into Kimmel’s monologue Monday, Kessler explained that the talk-show host began to “go off the rails” when he suggested that there wasn't bipartisan support for the children’s health care program, CHIP.

“Overwhelmingly, Democrats and Republicans supported it. Until now,” Kimmel stated. “Now CHIP has become a bargaining chip. It’s on the back burner while they work out their new tax plans, which means parents of children with cancer, diabetes and heart problems are about to get letters saying their coverage could be cut off next month. Merry Christmas, right?” Kimmel whined.

Kimmel went on to lay into the GOP more directly, saying their tax plan which benefits “billionaires and millionaires” was to blame for sick kids getting shortchanged:

KIMMEL: So this happened because Congress, about 72 days ago, failed to approve funding for CHIP since the first time it was created two decades ago. This is literally a life-and-death program for American kids. It’s always had bipartisan support. But this year, they let the money for it expire while they work on getting tax cuts for their billionaire and millionaire donors.

But Kessler pointed out that all of these claims are just wrong.

“Kimmel falsely suggests that CHIP has become bargaining chip as part of the negotiations over the tax plan. It’s actually part of the usual year-end negotiations in Congress. Few lawmakers are really against CHIP; the question is how to fund it,” he wrote.

“Support is still bipartisan,” he added, it’s just that the fiscal year ended September 30, and Congress has until the end of March to re-authorize funding for the program. Kessler explained that “only three states and the District [of Columbia] were projected to exhaust their funds by the end of December.”

Additionally, he said that, “the stopgap spending bill approved in early December includes a provision that permits the Department of Health and Human Services to shift funds interally to help states whose CHIP programs are running out of money,” so the situation is not as dire as Kimmel projects.

Kessler even admitted that Kimmel’s class-baiting rhetoric wasn’t accurate, writing that “most taxpayers in all incomes groups” will experience an initial decrease in taxes. “Moreover,” he added, one House GOP proposal argues for eliminating a Medicare subsidy for wealthy retirees to fund CHIP, pretty much the exact opposite of Kimmel’s rhetoric.

Kessler took down one last rant Kimmel made on his show Monday night:

KIMMEL: I don’t know about you, I’ve had enough of this. I don’t know what could be more disgusting than putting a tax cut that mostly goes to rich people ahead of the lives of children. Why hasn’t CHIP been funded already? If these were potato chips they were taking away from us, we would be marching on Washington with pitchforks and spears right now.

This was more of the same, so Kessler reiterated:

Again, Kimmel’s frame of reference is off. CHIP funding is being negotiated even as Congress is debating a tax plan. Both the House and Senate have signaled they support reauthorization of CHIP...there is no immediate crisis — and the recent stopgap funding bill provides flexibility to keep CHIP programs running in states.

Kessler ended his analysis by summarizing that Kimmel’s entire argument was basically wrong:

The bottom line: CHIP is completely unrelated to the tax legislation; in fact, it won’t be and was never going to be part of the tax bill. Congress is able to work on several issues at once — and most of the outstanding issues get wrapped up just before important holidays.

Even after the network’s morning shows hailed Kimmel’s slander-filled rant sympathetically as a “passionate plea” and “serious message” to lawmakers on their shows Tuesday, the Post gave no rating to Kimmel’s fiction-filled rant. At the top of the blog, Kessler wrote simply, “Since this is akin to a roundup, we’re not awarding Pinocchios.”

But this explanation really doesn’t address why Kimmel deserves a pass. As explained on their “About the fact-checker” blog, Kimmel’s rant certainly had enough content to pass judgement:

Where possible, we will adopt the following standard in fact-checking the claims of a politician, political candidate, diplomat or interest group. We do make some allowance for statements made in live interviews, as opposed to a prepared text. We will judge more harshly statements from a prepared text, on the grounds that the politician and staff had time to discuss the statistic. We also make allowances if the politician or interest group acknowledges an error was made.

There’s no reasonable explanation for why Kimmel’s bald-faced lies shouldn’t face the “Pinocchio Test.” His opening monologue is prepared and scripted ahead of taping. Despite being an entertainer, this isn’t Kimmel’s first rodeo in bashing the GOP’s tax bill or healthcare plan. Despite this, the Post gave him a pass for his egregious lies, just like the rest of the media has done in the past 6+ months.