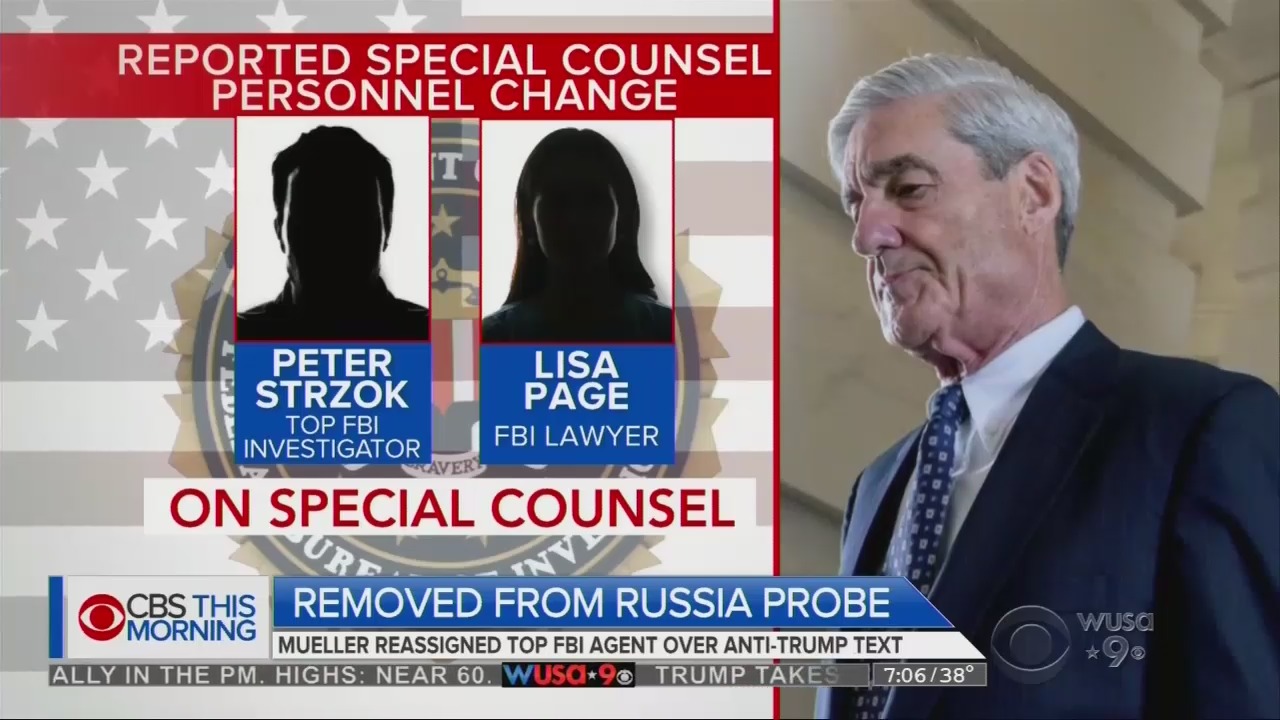 Saturday, The Washington Post and The New York Times reported that Special Counsel Robert Mueller removed a top FBI investigator from the Russia probe, after it was discovered the agent had sent anti-Trump text messages. Not only that, but this same agent also led the Clinton e-mail investigation.

According to The Times:

The agent, Peter Strzok, is considered one of the most experienced and trusted F.B.I. counterintelligence investigators. He helped lead the investigation into whether Hillary Clinton had mishandled classified information on her private email account, and then played a major role in the investigation into links between President Trump’s campaign and Russia...

Mr. Strzok’s reassignment shows that Mr. Mueller moved swiftly in the face of what could be perceived as bias by one of his agents amid a politically charged inquiry into Mr. Trump’s campaign and administration. But the existence of the text messages is likely to fuel claims by Mr. Trump that he is the target of a witch hunt.

While President Trump touted the reports on Twitter over the weekend, CBS News was the only broadcast network to give story a full report, Monday morning.

Special Counsel Robert Mueller removed one of his lead investigators over potential bias. The agent was reassigned last summer after it was discovered he sent text messages that may have criticized the president.

Reid reported that this agent, Peter Strzok, was also “a key player in the investigation into Hillary Clinton's use of a private email server,” which has led Republicans and President Trump to “question the credibility of both the Clinton e-mail probe and the ongoing Mueller investigations.”

She explained the gravity of the development:

This was such a significant development the special counsel's office actually issued a statement saying, ‘Immediately upon learning of the allegations, it removed Peter Strzok from the investigation.'

NBC’s Kristen Welker also briefly mentioned the story on Monday’s Today, at the 8am EST hour, but only to make a jab at Trump:

Now, it's another tweet from the president, raising eyebrows, after reports an FBI agent was taken off special counsel Robert Mueller's investigation for reportedly sending anti-Trump texts. President Trump tweeting, “The agency’s reputation is in tatters, worst in history.

Peter Alexander also spun the story as bad for Trump in the 7am EST hour of Today:

But at least they mentioned the story. ABC’s Good Morning America didn’t cover the story at all on Monday’s show.

ABC did find plenty of time to question whether President Trump had “obstructed justice” in one of his tweets over the weekend, while they ignored multiple Trump tweets about the biased FBI agent.