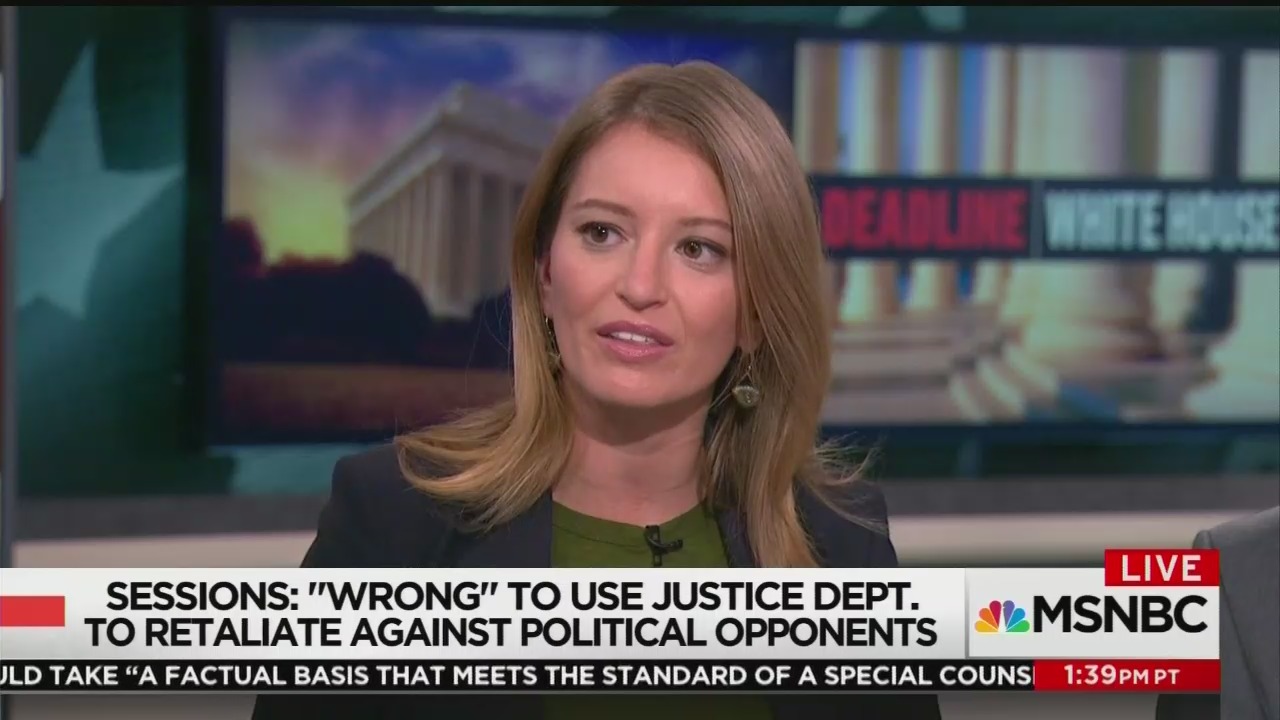 After conservative media forced the networks and liberal cable news to finally cover the latest FBI revelations over the Clinton Foundation’s financial dealings with Russia, they’ve changed tactics from ignoring the story, to dismissing it as bogus.

MSNBC host Katy Tur bragged on Wednesday’s Deadline: White House that the media were fully aware of the Uranium One story, during the campaign, but purposefully chose to ignore it.

Speaking to her fellow panel of liberals and Clinton defenders, Tur scoffed that President Trump repeatedly tried to bring up the Uranium One story on the campaign trail, but she, and her fellow journalists, wouldn’t take the bait.

Tur slammed the story as a “desperate” move by Trump since she admitted, it was a regular talking point from his campaign in 2015 and 2016, which the media refused to report on:

So long to bring this up, too, which is it's almost surprising. Donald Trump brought up Uranium One and his ilk brought up Uranium One during the campaign and it was shot down so many times by me and other reporters in our own reporting. And then it went dark. They didn't really bring it up again until recently. It goes to show you how desperate they've become to push back on the special counsel in the Russia investigation and what has been coming out and dripping out from that.

You know what it is Nicolle? It's the Clintons. They're political catnip for this type of conservative. You see it with the reaction to judge Moore. What about Bill Clinton? He had relations with an intern in the white house. They can't help themselves. Every time there is a Republican scandal, the answer is always, well, what did Bill Clinton do? What did Hillary Clinton do? You're seeing the same thing.

While Tur added that Trump was only bringing up it again because it was “politically expedient” for him to do so.

“When things get hairy for him, Hillary Clinton once again. It's their way, the Republicans' way, Donald Trump's way of taking some of the heat off his own shoulders,” she said dismissively.

As a reminder, on October 17, The Hill reported that newly released documents from the FBI showed that the Clinton Foundation received massive kickbacks from the Obama Administration’s dealings with Russia over the Uranium One deal, to the tune of millions of dollars, all the while Hillary Clinton was Secretary of State. The newly corroborated information was widely reported by conservative blogs and Fox News, last month but the allegations that the Clintons benefitted financially from the deal was confirmed by the New York Times back in 2015.

So for all MSNBC and CNN’s fretting that Uranium One is a “dumb conspiracy theory” “clown show” and a “debunked” “closed case,” their eagerness to silence the supposed non-story speaks volumes.