Almost Half of Voters Believe Media Make Up Stories About Trump, Poll Reveals 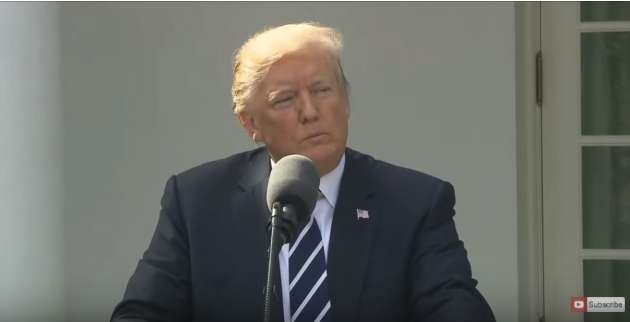 According to a poll conducted by Politico and Morning Consult, nearly half of American voters distrust the media’s reporting on President Trump and his administration. Not only that, but they believe journalists deliberately fabricate stories about Trump. More surprising, it’s not just Republicans or Trump supporters who believe this.

The staggering results published Wednesday morning in Politico, reveal that while 76 percent of Republicans believe the media makes up stories about Trump, a whopping 44 percent of independent voters, and 1 in 5 Democrats also believe the media lies in their reporting on Trump.

Politico reported: “Nearly half of voters, 46 percent, believe the news media fabricate news stories about President Donald Trump and his administration” and “just 37 percent of voters think the media do not fabricate stories, the poll shows, while the remaining 17 percent are undecided.”

These numbers contradict the media’s narrative that Trump’s battle with the media only influence his base. It seems the media’s constant negative reporting on the president has taken it’s toll on independents and some Democrats as well.

This poll comes on the heels of Trump telling conservative radio host Chris Plante his very same suspicions about the credibility of the media:

“Actually, dishonesty in the media is one of the things that surprised me the most. I thought after I won, the media would become much more stable and much more honest. They’ve gone crazy. CNN is a joke. NBC is a total joke. You watch what they report, it bears no relationship to what I’m doing. But the media is absolutely dishonest — and frankly, I’ve never seen anything quite like it,” he told Plante in an interview Tuesday morning.

Trump also tweeted on Tuesday, “So much Fake News being put in dying magazines and newspapers. Only place worse may be @NBCNews, @CBSNews, @ABC and @CNN. Fiction writers!”

It seems that almost half of voters agree with the president.

This isn’t the only poll this year that reveals Americans increasing distrust of the media. Back in June, two polls revealed similar results. A Rasmussen poll found “76 percent of Republicans and 51 percent of voters not affiliated with either major political party believed most reporters are biased against the president” while 24 percent of Democrats agreed the media held an anti-Trump bias.

Another poll from Yougov.com revealed that while 85% of Republicans believed the media’s reporting was influenced by who funds or owns them, 1 in 2 Democrats also believed the media was partial to its financial backers. More importantly, the YouGov pollsters found that “the general public sides more with Republicans than it does with Democrats on the topic of media bias.”

In September, Gallup reported that only one-third of Americans believed the media gets its facts straight. The poll also reveals the sharp divide between Republicans and Democrats on the issue of media bias, that has increased dramatically in the past 19 years. When Gallup asked voters this same question in 1998, both parties were pretty evenly split in agreement that the media got their facts straight, but now it’s mostly Republicans who believe the media is biased, proving that the media has an even stronger left-leaning bent now.