Whoopi, Behar In Denial: ‘We Will Never Know’ Why Clinton Lost Election 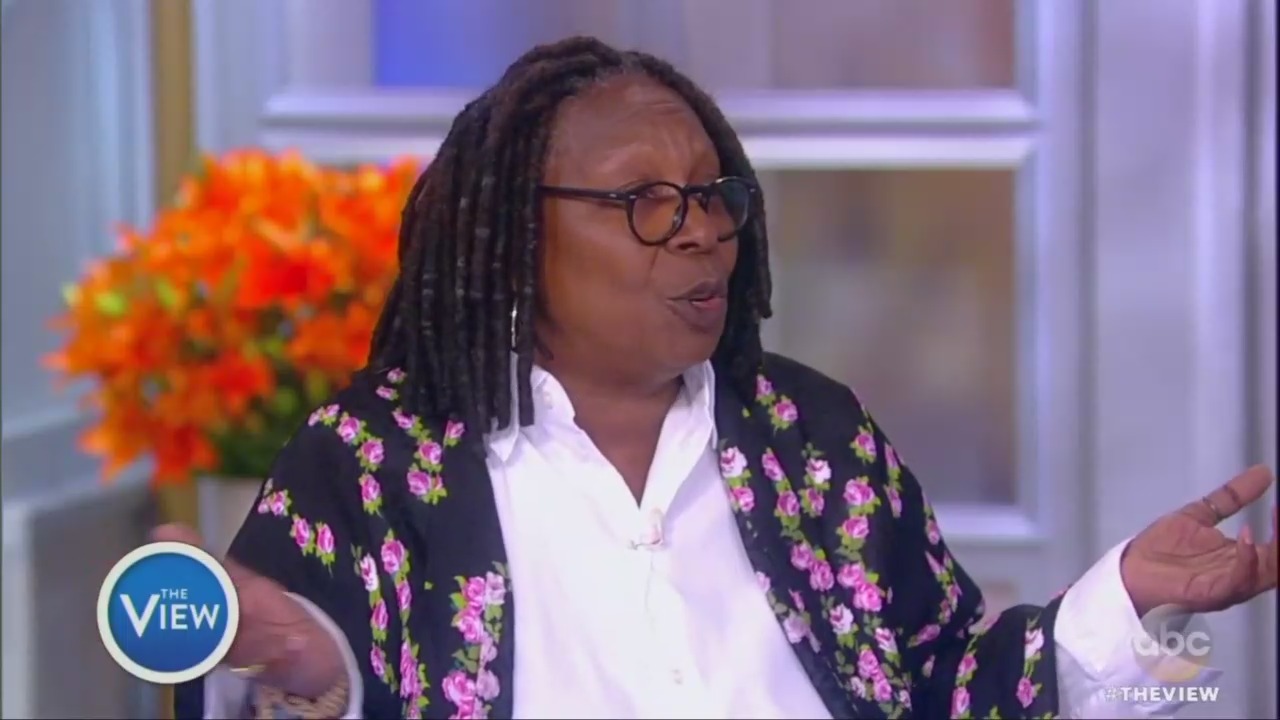 Friday on The View, hosts Whoopi Goldberg and Joy Behar revealed they were still in denial over the 2016 election results. Discussing the leaked excerpts from Hillary Clinton’s upcoming memoir, the two die-hard liberals at the table clashed with moderate hosts Paula Faris and Jedediah Bila, over the reasons why Clinton lost the election.

Joy Behar even went so far as to claim that Clinton really did “win” the election, while Whoopi went into conspiracy theory land, saying we would “never know” why Clinton really lost.

The conversation started by discussing Bernie Sanders recent television appearance, where he told Clinton to essentially “move on” after she blamed him for losing the election. That morphed into a discussion on why Clinton lost, and what chances she had at winning.

Whoopi began with a confusing spiel that seemed to argue that it was Fox News’ fault for Clinton losing, because they attacked Obama while he was in office and that irreparably damaged the Democrat party so she couldn’t win:

But let's be realistic. Do you really think she was going to win? Based on everything that the Democrats did when they let Obama -- left him out there floating and the flotsam and jetsam and all this stuff that Fox News did and all those folks. You know, there have been very few eight years of one party and eight years of the same party. It doesn't generally go back to back. The last time I think was Nixon and whoever came in after him was the last. Ford. And he pardoned. That was the last time we had a long stretch. When it wasn't Democrat, Republican, Democrat Republican. So given all the crap that Obama had to eat from his own party, I don't think Bernie was going to -- I don't think any Democrat was going to--people were going to vote --

Behar then revealed she was still clinging to the liberal conspiracy theory that somehow the electoral college didn’t count:

JOY BEHAR: But she did win. She did win! [applause]

BILA: She didn't win though because the electoral college is what determines---

Whoopi took a different approach, instead suggesting that the election was unfair and there was secret reasons as to why Clinton lost that we would “never” find out:

WHOOPI: I believe that was not going to happen. The truth of the matter is, if this election happened in any other country the way it happened here, we would have sent people to go and check. To see what was going on.

Behar took Clinton’s approach in blaming everyone but Clinton, and called the book “patriotic” to all the Americans who didn’t think she got a fair shot:

BEHAR: But don’t forget the things that we do know are that Comey released this information about her two weeks or a week before the election. That was very detrimental to her campaign and everybody who was on the fence said well -- and they're saying crooked Hillary. And they're saying ‘Oh yeah crooked Hillary’ and he confirms it in a way and he says nothing about the Trump investigation and then you have the Russians interfering with our election. There were so many things that went against her that I think she has every right to write a book and speak about it. [ Applause ]

BEHAR: It’s patriotic and it’s in the interest of the country. [ Talking over one another ]

Host Paula Faris tried to bring up the fact that Clinton wouldn’t take any responsibility for losing the election, but Behar and Whoopi were already in fantasy land, and denied that Clinton lost “fair and square.” Again, Whoopi brought up her theory that the election was rigged against Clinton:

FARIS: I think at some point you also have to take responsibility and I think if she would say, you know what, I lost fair and square, I think the problem is --

WHOOPI: But we don’t know that she did lose fair and square. See that’s the thing. That’s what I’m saying.

FARIS: Hence when you play a game, you're gracious in victory and you’re gracious in defeat. There's nothing more annoying when you start to blame everybody else. You need to take some responsibility for what you did on the field.

WHOOPI: But your children aren't playing on a game field where the parents are coming and hitting the ball for them. And then saying we won. My simple point is this, had this election happened anywhere else the way it did, we as America would have gone in to check and see all the checks and balances. We'll never know what happened and now is the time for her to say ‘this is how I feel about what went on and I don't like this happened and this is how I feel and this is how it felt to me. This is how I see it’ and she has a right to do that.

As if all other cards hadn’t been played, Behar added the sexism card to the pile:

“Let's not forget misogyny played a big role in this. This country refuses to put a woman in power,” she added emphatically.