Dowd: Congress Treating Trump ‘Like a Child’ So ‘He Can’t Harm' Us 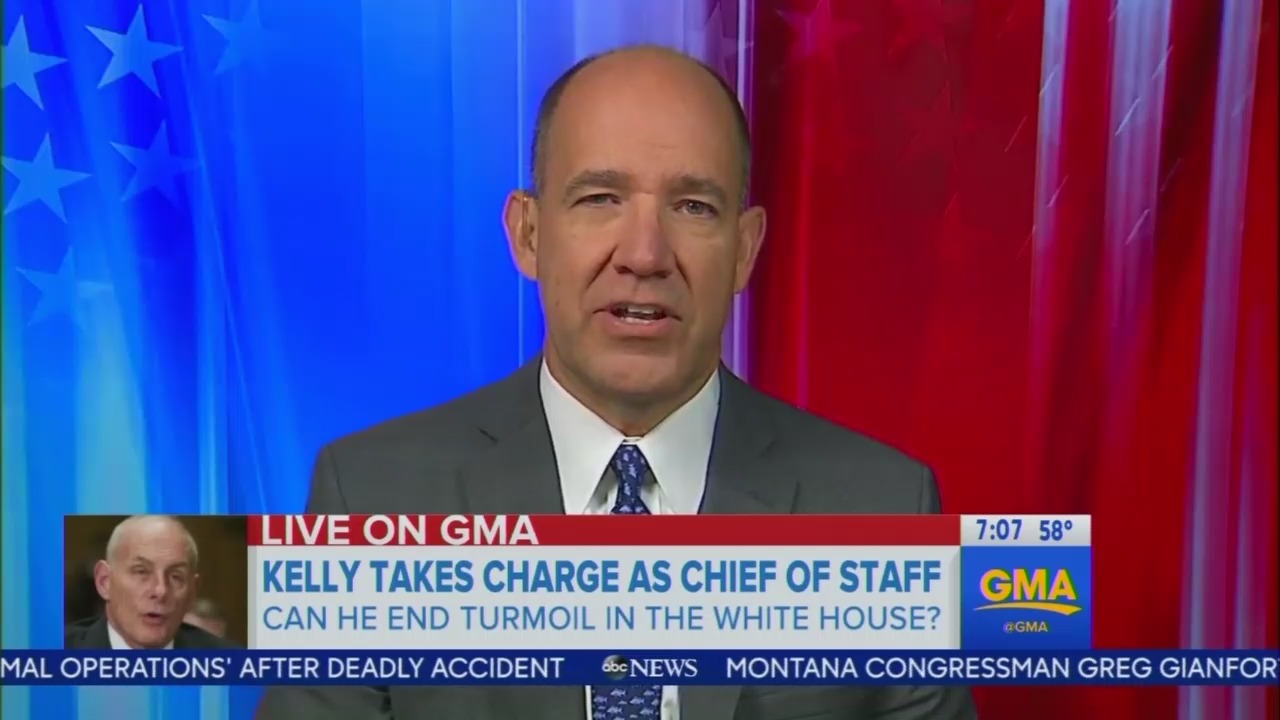 On Monday morning’s Good Morning America, anchor George Stephanopoulos spoke with ABC’s chief political analyst Matthew Dowd about Trump’s struggle with Congress, hyping the recent conflicts as if every president before Trump never had these problems. Dowd then compared Congress to the “parent” of the helpless infant, Trump, who Congress has to protect from the serious things he’s not mature enough to handle.

The conversation started with Stephanopoulos gushing about Trump’s “failures” last week, getting healthcare passed, and the transgender ban tweets, which of course the media characterized as a one-sided issue. With the new hire of John Kelly as Chief-of-Staff, he asked Dowd, “What difference” could Kelly make?

“I actually don’t think it’s going to make much difference at all,” Dowd complained. He then compared the new hire to the movie the Caine Mutiny, saying that with Trump still leading as Captain of the boat, Kelly wouldn’t be able to move the ship “in a different direction.”

“He’s got crises on so many fronts right now,” Stephanopoulos agreed. Bringing up Russia and North Korea, he added, “Right now the president also at odds now with his own party not only on health care, but on a range of issues.”

By “range of issues” apparently Stephanopoulos meant the recent sanctions bill Congress passed on Russia, for trying to interfere in our election. That prompt gave Dowd the chance to continue the bashing of Trump for his “unprecedented” level of incompetence:

“George, I think we have not seen a Congress assert its authority and rebuke a president like this on a foreign policy concern since 1986 when the Congress overrode Reagan's veto of the anti-apartheid bill in South Africa. We have not seen a rebuke like this,” he gushed.

Dowd chuckled before then comparing Trump to a child who Congress has to shield from the important things so he didn’t harm “himself or the country.”

“It's as if the Congress has decided the president is a child and they're going to put the valuables on a higher shelf and put covers on the outlets so he can't harm himself or the country,” he stated.

“[T]he sanctions bill that they passed is a rebuke to the president,” Dowd reiterated.

They ended the conversation by touting the “red line” for Congress on the potential firing of Jeff Sessions as Attorney General. “If he were to fire Jeff Sessions, I think that would be a fundamental difference for the President and this Congress,” Dowd argued.