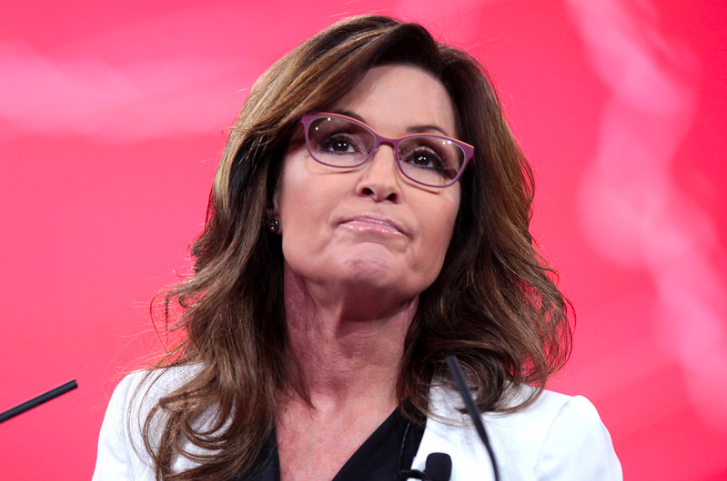 After Republican Rep. Steve Scalise was shot by a Bernie Sanders supporter June 14, Democrats came out in droves to repeatedly blame Republicans and President Trump for the “rhetoric” that supposedly caused the attack. That’s right; a left-wing Bernie supporter tried to assassinate a Republican politician and the media’s reaction was to blame the victim. The New York Times took the same approach but also used the opportunity to smear Sarah Palin in an editorial that reminded readers of the Gabby Giffords shooting in 2011.

The original New York Times editorial that appeared online the day of the attack and the following morning in the paper’s print edition, had this troubling paragraph:

In 2011, when Jared Lee Loughner opened fire in a supermarket parking lot, grievously wounding Representative Gabby Giffords and killing six people, including a 9-year-old girl, the link to political incitement was clear. Before the shooting, Sarah Palin’s political action committee circulated a map of targeted electoral districts that put Ms. Giffords and 19 other Democrats under stylized cross hairs.

After duly earned backlash, the editorial board offered an apology and correction and retracted the portion from its online version. But the damage was already done. The leading newspaper in the country had resurrected a thoroughly debunked, six-year-old left-wing conspiracy theory that literally blamed Palin for “inciting” an attempted assassination. And apparently she’s not taking the smear lightly. Late Tuesday evening, news broke that Palin was taking on the media giant with a defamation lawsuit. As the Times’ Sydney Ember wrote Wednesday:

Sarah Palin, former vice-presidential candidate, filed a defamation lawsuit against The New York Times Company on Tuesday, saying the newspaper had published a statement about her in a recent editorial that it “knew to be false.”

In the lawsuit, which was filed in the United States District Court for the Southern District of New York, Ms. Palin contends that The Times “violated the law and its own policies” when it linked her in an editorial to a mass shooting in January 2011.

As Palin contended, this supposed “connection” was brought up long ago and long ago debunked. The Times had to know this, but attempted to make another dig at Palin with the Scalise shooting and thought they could get away with it. Clearly they were mistaken.

This lawsuit comes on the heels of years of blaming Republicans for shootings of any kind. When Giffords was shot by a mentally unstable man in 2011, who if anything had political leanings to the left, the media still blamed Republicans and the Tea Party. After Scalise was shot just two weeks ago, the media again rushed out to blame the right for supposedly “starting it.”

On this morning’s broadcasts two of the three networks ignored the lawsuit but CBS This Morning did give a brief to the news.