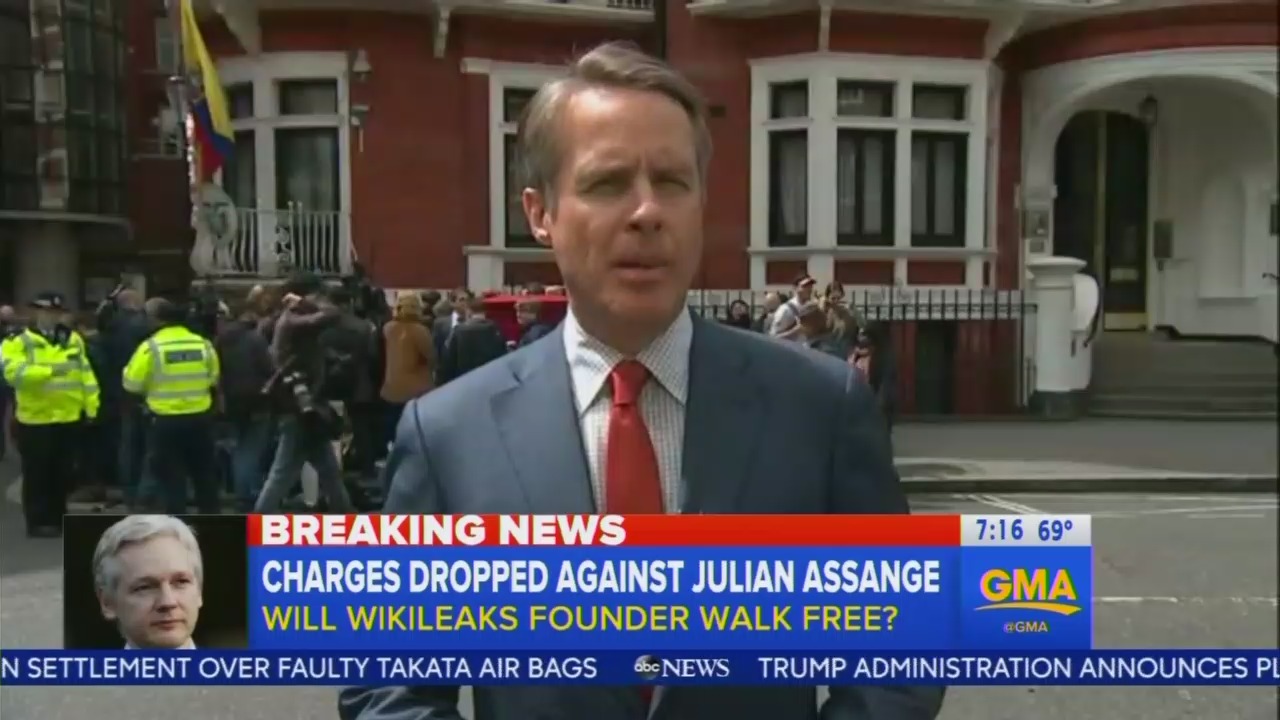 ABC continued blaming everything but Hillary Clinton for her election loss on Friday’s Good Morning America. Even though it’s been over six months since the election, ABC has continued touting the Democrats’ line that WikiLeaks and Comey caused Trump to win.

GMA reported Friday that WikiLeaks founder Julian Assange may be extradited to the U.S. to face charges for leaking classified e-mails from the DNC during the 2016 election cycle, after years of hiding in the Ecuador Embassy in London, to avoid facing previous rape charges in Sweden. Of course, the Democrats have pinned Clinton’s loss on the release of those e-mails, along with FBI Director James Comey’s actions during his investigation into Clinton’s private e-mail server.

This is a moment of triumph for Julian Assange. The founder of WikiLeaks and a key player in Donald Trump's victory last November because WikiLeaks published those Democratic National Committee e-mails that played such a key role.