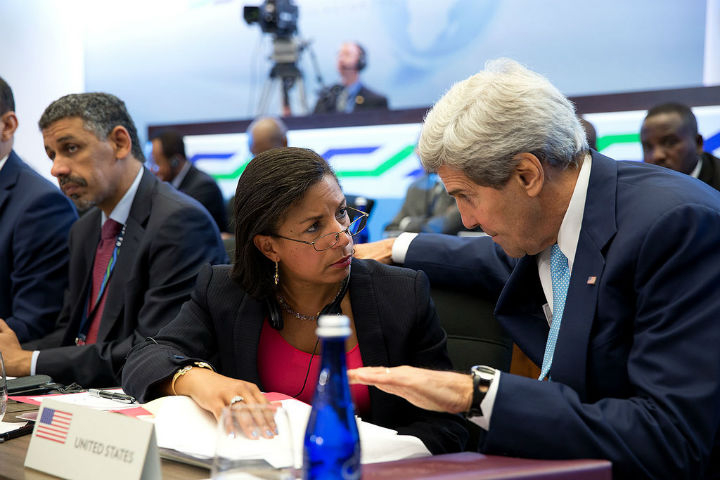 The truth-tellers in the media have bypassed another opportunity to call out the Obama Administration for telling bold-faced lies. The New York Times broke a story Sunday revealing that the former administration “knew” Syria’s president Bashir-al-Assad had more chemical weapons hidden, despite John Kerry, President Obama, and Susan Rice telling the American people that they had destroyed all of Assad’s chemical weapons. Yet the networks have ignored these reports, not giving any airtime since the first story broke.

This started when Obama condemned Assad’s chemical attacks with his infamous “red line” threat in 2012. A year later, Assad ignored this, releasing his largest scale chemical attack to date. At the time, the media took a backseat in criticizing Obama for letting Assad get away with this, giving the news barely any coverage or criticism.

Instead of taking military action, Obama agreed to a deal proposed by Russian President Putin, to allow Russia to remove Assad’s declared chemical weapons in 2013. In the months to follow, many of his weapons were destroyed.

The president congratulated himself on his handling of the situation, bristling at his critics on the right that he didn’t need to use military action because his method was working:

And I would note that those who criticize our foreign policy with respect to Syria, they themselves say, no, no, no, we don’t mean sending in troops.  Well, what do you mean? Well, you should be assisting the opposition -- well, we’re assisting the opposition.  What else do you mean?  Well, perhaps you should have taken a strike in Syria to get chemical weapons out of Syria. Well, it turns out we’re getting chemical weapons out of Syria without having initiated a strike. So what else are you talking about?

However, in the months to follow, President Obama and Secretary of State John Kerry promised over and over again that “100%” of Assad’s chemical weapon stockpile had been destroyed. Even Susan Rice as recently as this past January was defending the administration on NPR for allegedly getting all the weapons “that were known” out from Syria.

Of course, it didn’t take long for Assad to attack his own people yet again with more of his supposedly non-existent chemical weapons.

But new statements from ex-Obama officials are contradicting that narrative put out by their own administration.

Last night, The New York Times broke a story showing that the Obama Administration was fully aware that Assad had more chemical weapons stockpiled, despite claiming the contrary to the public.

Former Deputy Secretary of State Antony Blinken revealed to the paper that the administration “always knew” they had not gotten out all the weapons.

From the NYT report:

Still, the administration knew all along that it had probably not gotten all of the chemical weapons, and tried to get Russia to help press Syria, without success. “We always knew we had not gotten everything, that the Syrians had not been fully forthcoming in their declaration,” Mr. Blinken said.

But he’s not the only one. The former U.S. Ambassador to Israel, Dan Shapiro, backed up Blinken’s statement on Twitter, saying that “We always knew” Syria had more weapons:

For all the talk and faux-concern about truth-telling in the media as of late, you would think the networks would jump on a story that revealed government officials not only lied to the public, but did so on a very serious issue. While Politifact retracted its “mostly true” rating for John Kerry’s 2014 statement last week, the networks have yet to report. ABC, NBC and CBS’ morning news broadcasts ignored the officials’ confessions Monday morning.

CBS This Morning even danced around the issue in an interview with ex-Obama ambassador to Syria, Robert Ford. While talking about the history of Obama, Russia and Syria’s chemical weapons negotiations, it would’ve been the perfect moment to bring up these admissions, but CBS bypassed on that idea.

While the networks ignored the story again this morning, National Review columnist Rich Lowry called out the “sham” on Sunday’s Meet the Press:

It was a bad week for Obama’s legacy. Because, one, Trump showed doing this sort exemplary strike is not that difficult. So, it makes Obama’s dithering look a bit ridiculous and, two, it exposed the supposed deal to get chemical weapons out of Syria as a total sham, if that’s what it was.

CNN’s Jake Tapper also derided the Obama Admin for not being “clear” about removing all of the chemical weapons:

This point was hardly made clear at the time. Quite the opposite. https://t.co/hgOuU2MDw8