Rather: White House ‘Flames’ ‘Burning Down’ ‘Very Pillars of Our Democracy’ 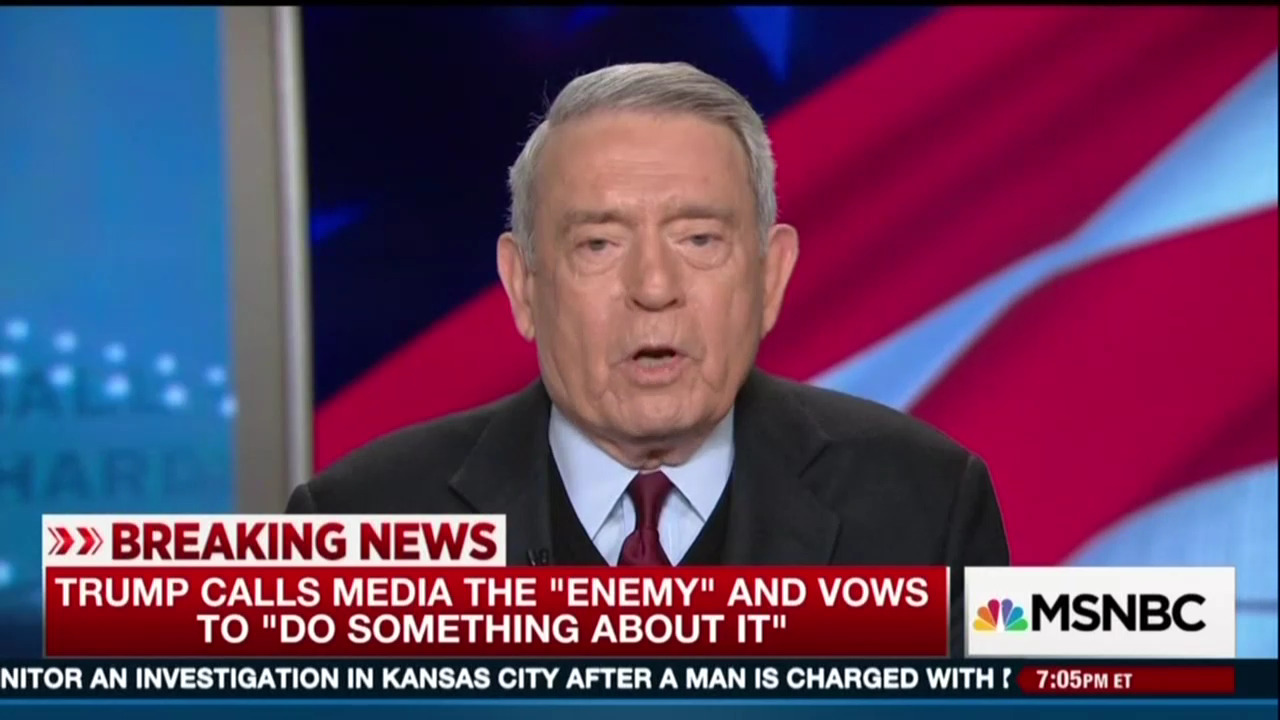 Thursday morning disgraced former CBS News anchor Dan Rather took to his Facebook page, as has become his newfound routine, to criticize Donald Trump and praise the press for doing a “great job” hounding the president. Rather, whose own unethical journalism cost him his career, seems to relish pretending he’s still a journalist and an untainted purveyor of truth.

We are well past the time for any political niceties or benefits of the doubt. https://t.co/p7RgJFDjZY #sessions

The Facebook post started off dramatically enough, with Rather asking how “anybody” can deny the “billowing smoke” and “actual flames” coming from the White House, “burning down the very pillars of our democracy:”

RATHER: Every once in a while in Washington, the fuse is lit for what seems to be a big scandal. Much more rarely does that fuse lead to an explosion of the magnitude we are seeing with Russia and the new Administration, and frankly the Republicans in Congress. How can anybody say, with all this billowing smoke and sights of actual flames, that there is no need to at least independently investigate whether a fire is burning down the very pillars of our democracy?

Rather then credited the “vigilant press” for their “serious and credible evidence” that “perjured” Jeff Sessions for saying under oath that he did not meet Russian officials to discuss the election in 2016. Rather gushed that this latest development was a story “more worthy of Hollywood melodrama” than the White House, as if Trump was the very first president in recent years to have any sort of controversy dog his administration.

“We are well past the time for any political niceties or benefits of the doubt,” Rather scolded, calling for the potential “deep rot” to be “exposed quickly” with an independent investigation into the matter.

“The press is doing an admirable job,” he praised. But, Rather lamented, “There is only so much it can do without such things as subpoena powers.”

Just two weeks ago, Rather was making similar rallying cries. After calling Trump’s “lies” “bigger than Watergate,” he called for an independent investigation into Trump’s alleged ties to Russia.

“Damn the lies, full throttle forward on the truth!” Rather urged.

Since Truth, the fantastical Hollywood biopic on the story that ended his career, came out in 2015, Rather has reinvented himself as a journalism forefather, frequently inserting himself into the media’s spin on Trump or to bash conservatives. And the liberal media has been more than willing to oblige by inviting him on news programs as a guest analyst.