The millions of Americans who didn’t vote for Hillary Clinton because they found her untrustworthy simply didn’t “do their homework,” according to one host on ABC’s The View. That statement was provoked after co-hosts Sunny Hostin and Whoopi Goldberg said that Trump was untrustworthy because of his lack of political experience, whereas Clinton was very trustworthy because of her experience in office. When libertarian host Jedediah Bila pushed back against this notion, Whoopi blamed Bila and anyone else who found Clinton untrustworthy as ignorant. “You haven’t done your homework,” she scolded.

The argument started when Sunny Hostin blasted Trump for not having any political experience and comparing the job of presidency to surgery. “Think about it. Who would go to a doctor that doesn't have a medical degree and say, 'You can operate on me,'” Hostin asked. Bila pushed back that surgery was not the same as running for political office. A flabbergasted Hostin replied, “It’s possibly less important!”

After getting nowhere with Hostin, Bila made the point that many people listen to Whoopi and call for her to run for office, despite her not having any political experience, because she has “common sense.” Whoopi accepted the compliment and touted that she was actually informed on topics, unlike Trump. 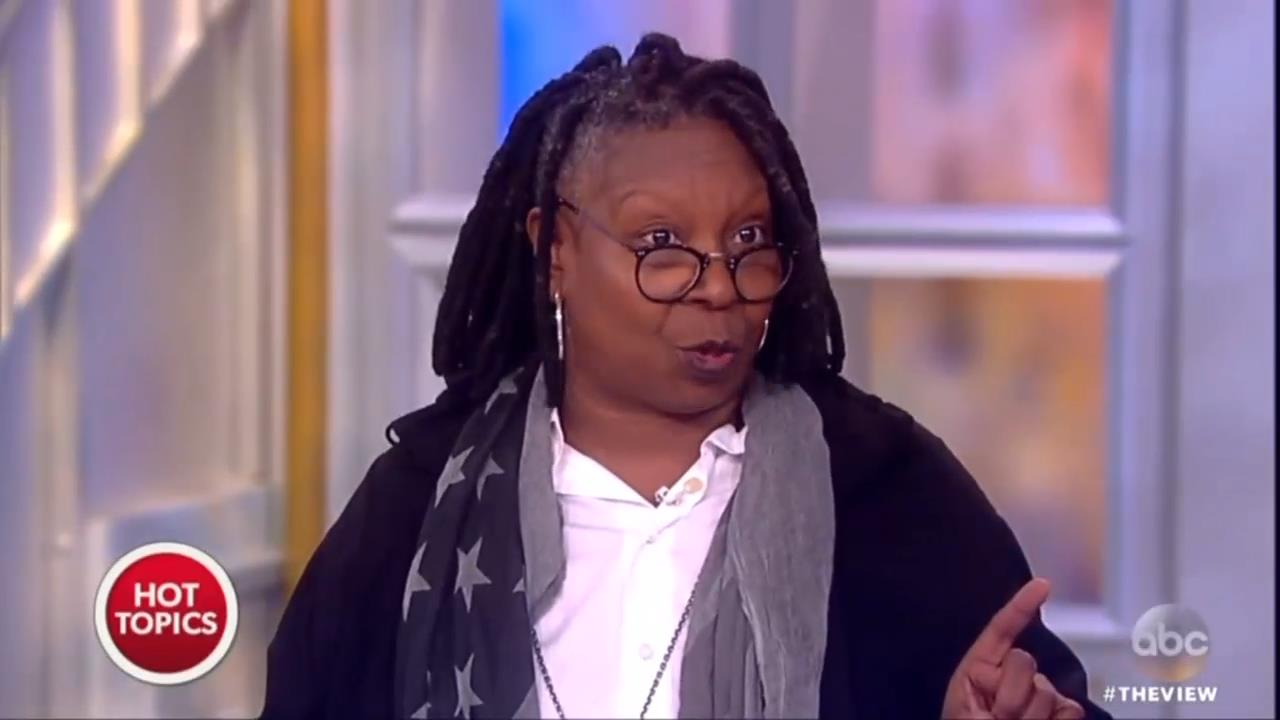 “When I speak, at least you know that I've actually looked stuff up,” Whoopi boasted. “So I understand, you know.”

WHOOPI: But when you have someone who doesn't seem to do the homework, who doesn't seem to have any idea how things actually run...You know, when you bring up Hillary, I think to myself, you know what, she may not have been the best candidate for people, but I know she knew what she was doing.

Bila argued that Clinton didn’t know what she was doing, as evidenced by her e-mail scandal. “Well then, you haven’t done your homework,” Whoopi scolded before repeating it again.

WHOOPI: No, no, you haven't done your homework.

Whoopi as the View’s resident researcher, has impressed us with her vast political knowledge in the past, such as when she stated in October that Trump support was “blowback from four years of a black President” or when she wondered why no one “warned” Hillary to not send classified e-mails over her personal server.

See the full transcript from the November 17 show below:

HOSTIN: Think about it. Who would go to a doctor that doesn't have a medical degree and say, you can operate on me.

HOSTIN:  Who would do that.

BILA: What's missing in politics is common sense. I would rather have a small business owner who has hired and fired workers, who has seen the impact of minimum wage laws

HOSTIN: [shocked face] Being the president?

BILA: I would rather have that person as an adv -- there are people out there that believe if you open the telephone book and pick out a random name, that person will have a lot more common sense than the average person in D.C.and sometimes I agree with that.

HOSTIN: The next time you need surgery, come to me.

HOSTIN: I'll do a good job. I’m married to a doctor and so I have a lot of experience.

BILA: It's not surgery.

WHOOPI: In a way, maybe it is.

BILA: There are people when you speak that clamor for you to run for president, and there's a reason for that. [ Applause ] Because you talk common sense.

WHOOPI: Here's the difference. When I speak, at least you know that I've actually looked stuff up. So I understand, you know. So people think I might be more aware. They also know that I've had a wide variety of lives and so they think maybe I know some stuff. But when you have someone who doesn't seem to do the homework, who doesn't seem to have any idea how things actually run --

WHOOPI: Well, I'm talking about both of them because I don't know -- I can only tell you what I've seen. You know, when you bring up Hillary, I think to myself, you know what, she may not have been the best candidate for people, but I know she knew what she was doing.

WHOOPI: Well then you haven't done your homework.

WHOOPI: No, no, you haven't done your homework.

BILA: If she knew what she was doing though she would have known that those documents that were labeled confidential -- she was briefed on that.

WHOOPI:  Let me explain something to you -- you can bring those e-mails up as much as you want. She wasn't hacked, everybody else was. That's all I'm saying.

BILA: We don't know that.