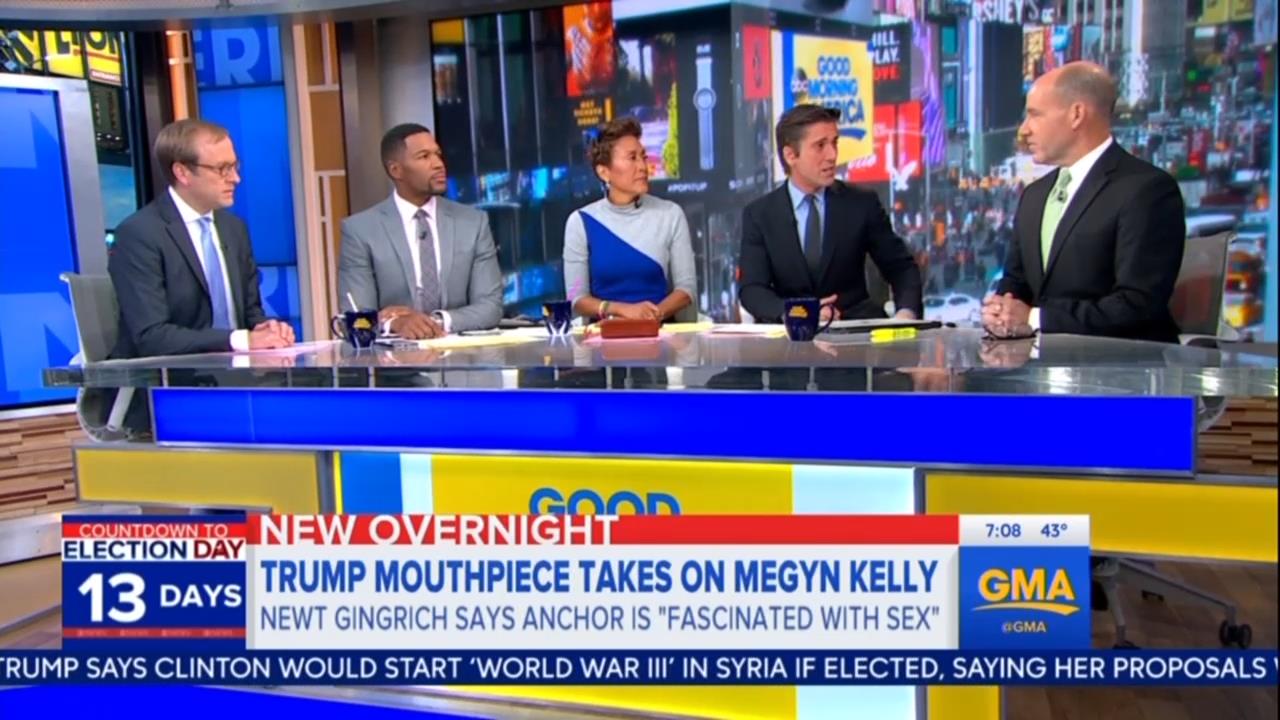 Wednesday, ABC had a field day talking about the fiery exchange between Newt Gingrich and Megyn Kelly on FNC’s The Kelly File Tuesday night. Anchors David Muir and Robin Roberts joined analysts Matthew Dowd and Jon Karl to trash Gingrich for badgering Kelly about the Clintons’ scandals. Muir asked what the Trump team “has to gain by taking on Megyn Kelly,” before the panel argued this would only hurt Trump more with women voters. Dowd then claimed Gingrich appeared to have lost his mind, while Karl added that bringing up Bill Clinton’s sex scandals was a distraction for the Trump campaign.

After playing a short clip from the aforementioned interview where Gingrich “dares” Kelly to call Bill Clinton a sexual predator, Dowd joked that Gingrich appeared like he “lost his mind,” by badgering Kelly.

DOWD: At the end of the campaign, there is a lot of stress, there’s a lot of frustration and usually some people lose their mind in the course of that and don't know how to respond. It actually -- Newt Gingrich actually reminded me, the character from Peter Pan, Tootles, who lost his marbles. That's what that reminded me of.

The panel then decided to make the segment about Trump’s “problem with women.”

Muir asked the group: “I’m curious, what the Trump team has to gain by taking on Megyn Kelly?” Later, Dowd added, “[A]nd if Donald Trump has a problem with women, why would you want to get into a fight with one of the most popular women broadcasters on cable news?” to which Michael Strahan agreed, saying, “Makes no sense.” 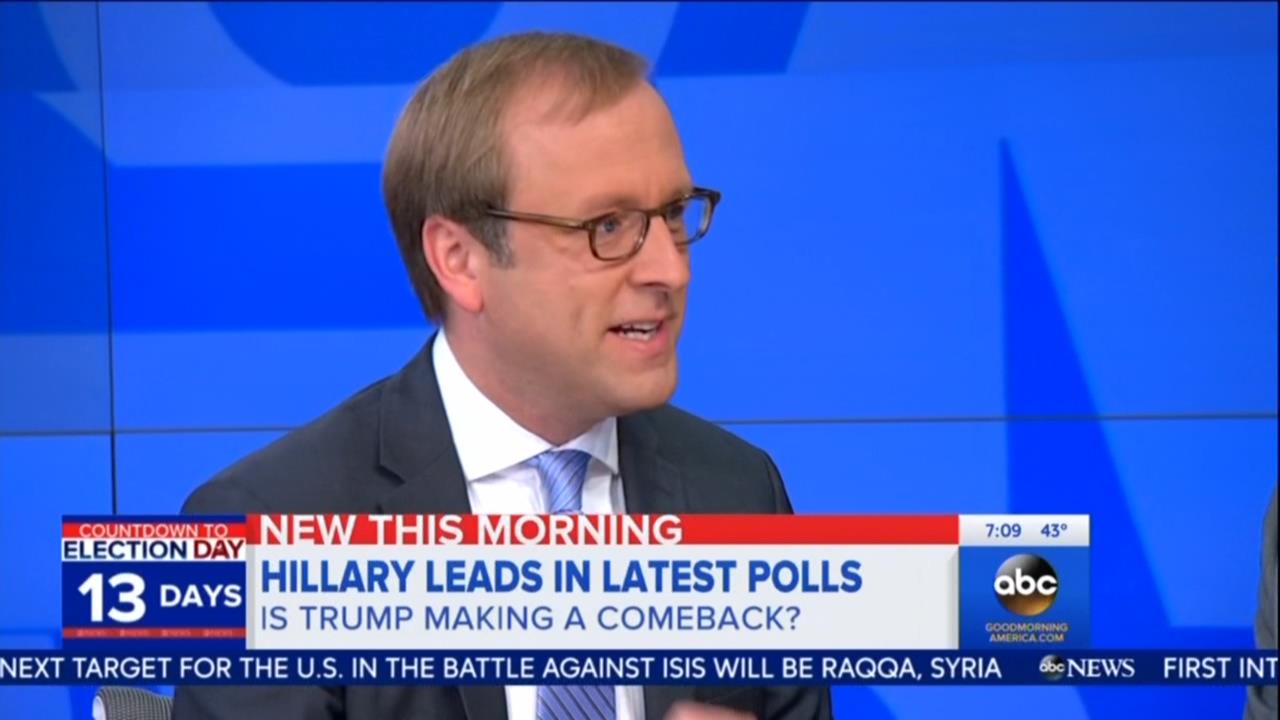 Not just that, but it was over an issue Gingrich shouldn’t even have brought up, according to ABC. Like NBC’s Savannah Guthrie said to Trump campaign manager Kellyanne Conway a few weeks ago, it’s better to “not go there,” (Bill Clinton’s sex scandals.) Karl complained that Gingrich should’ve been paying attention to Trump’s problems with women voters instead of bringing up Bill Clinton, (who is apparently not a problem for Hillary, with voters.)

KARL: Ironically, Gingrich was complaining about not paying attention to issues during this exchange and he guaranteed again they would go off on this other issue [muffled]