CNN Guest Justifies Violence in Charlotte: BLM Protesters Are 'Burning Down the Plantation'

After Keith Lamont Scott, an armed black man, was fatally shot by police officers in North Carolina on Tuesday, Black Lives Matter protesters and rioters blocked a highway and attacked police officers, injuring at least 12 of them last night. The case dominated cable news networks Wednesday morning, with legal analysts breaking down the information given by Charlotte police. Culture critic and BLM sympathizer Michaela Angela Davis was also invited on CNN Newsroom where she spent the time bemoaning white “brutality” and defending violent protesters as “burning down the plantation.”

Host Carol Costello posed her question to Davis by acknowledging that Charlotte police gave “hardcore evidence” yet that didn’t seem to appease protesters. Costello asked Davis to comment on the situation where there’s a “level of distrust that seemingly can’t be bridged” between the black community and police. 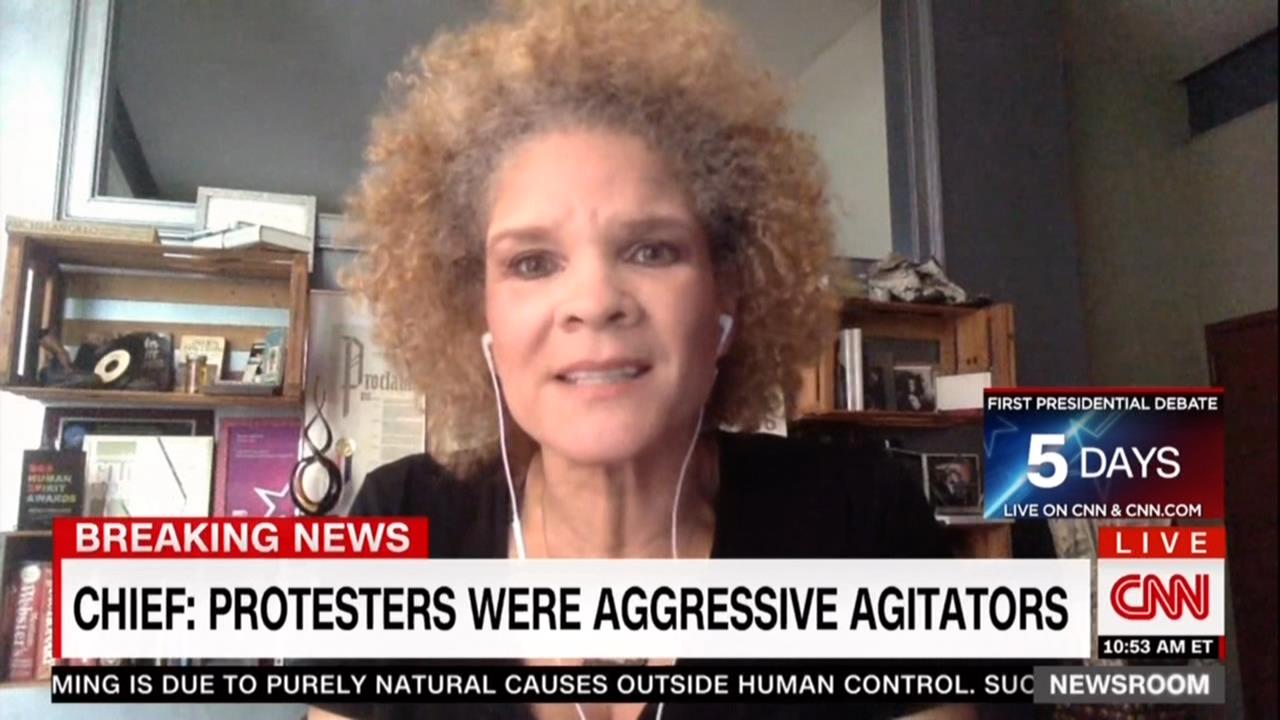 Davis began by saying that “the entire black family is angered,” “traumatized,” and “in deep, deep ancestral mourning” about police shootings. She asked, after all these cases that have made the news, “At what point do we stop waiting?”

Davis then blasted the white community for not “deal[ing] with their brutal history” and “their brutal system” which “has always been bad for black Americans.” Nevermind that the police officer who shot Scott was black, as is the Charlotte police chief.

DAVIS: Why are we asked to have a moral compass that no one else is following? At a certain point, the burden is too great on the black community and everyone, the white community has to stand up and say enough and deal with their brutal history and their brutal system in which people are operating. This is not a bad apple. This is a bad system that has always been bad for black Americans.

She then compared violent rioting to blacks taking justice for a system as bad as slavery. “How are they supposed to react?” Davis asked. “[S]aying they are destructing their communities, that’s like saying they’re burning down the plantation,” she gushed.

MICHAELA ANGELA DAVIS: So when you hear this outside agitating of kids throwing rocks who know this country has never cared about them, that the only plan for them is prison, how are they supposed to react? They are not burning -- that's like saying they are destructing their communities, that's like saying they're burning down the plantation. At what point does that community feel like theirs? At what community do the badges feel like they are there to protect them? They are there to protect property, they’re there to protect whiteness. They are not there to protect them. So until there is justice, there has been no -- people are being killed with impunity. Until there's justice there is no peace. We are hurting today.