The majority of the panel on Tuesday’s The View were furious about former New York City Mayor Rudy Giuliani’s speech defending police officers at the RNC last night. Panelists Joy Behar, CNN’s Sunny Hostin, ABC’s Sara Haines and Whoopi Goldberg blasted the Mayor for his tone and message, calling him “nutty,” “berserk” “lunatic” and “divisive” while FNC’s Jedediah Bila was the only panelist to defend Giuliani’s speech.

Whoopi began by asking the panel what they thought about Giuliani’s speech. Behar bluntly said, to laughter and applause, “I think he stole that speech from Mussolini.” Not to be outdone, Hostin had to bring race into it, (like she usually does.) 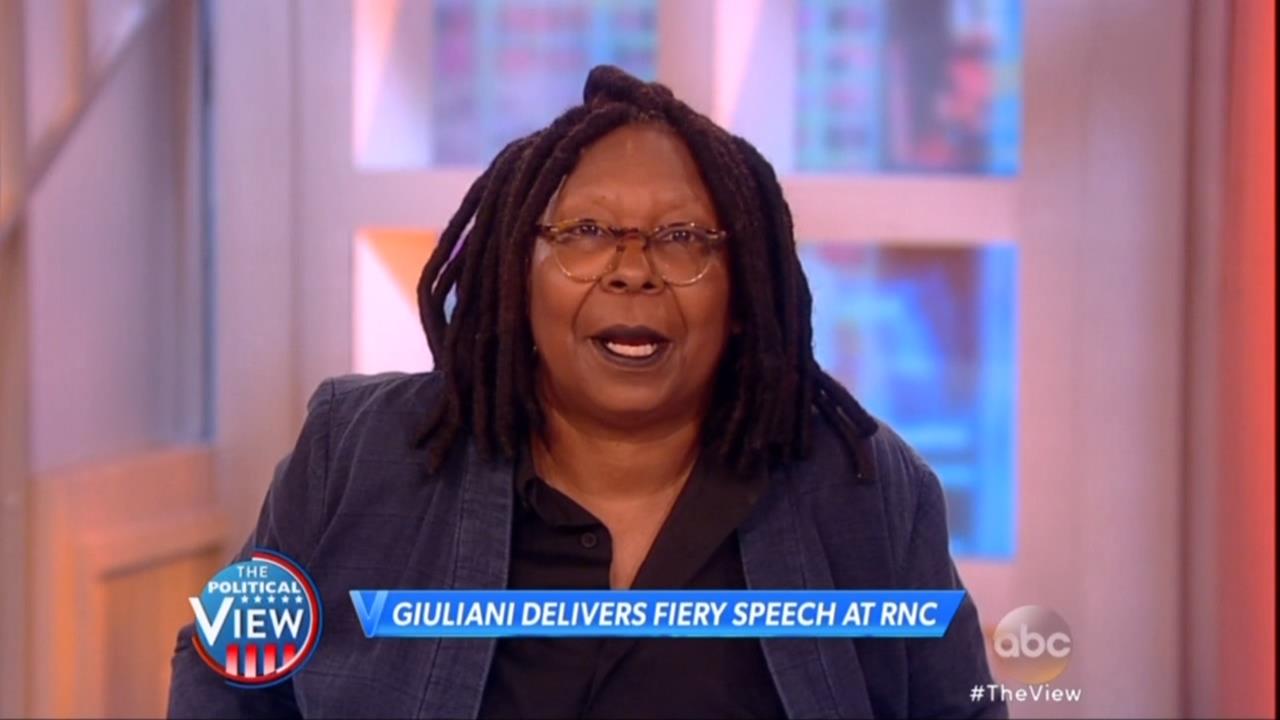 Whoopi agreed, telling Giuliani that he should be “ashamed of himself” for taking credit for lower crime rates in New York City and that he had hurt “Latinos and black Americans.”

Joy Behar, Sunny Hostin and Sara Haines then attacked Giuliani for his tone, saying it wasn’t “thoughtful” and “comforting” like President Obama’s.

HOSTIN: I don't think Giuliani struck a tone of leadership. He was ranting. He looked nutty. He was screaming. I want my president to be like President Obama. I want somebody that's, you know, sort of middle of the line, thoughtful, reasonable. 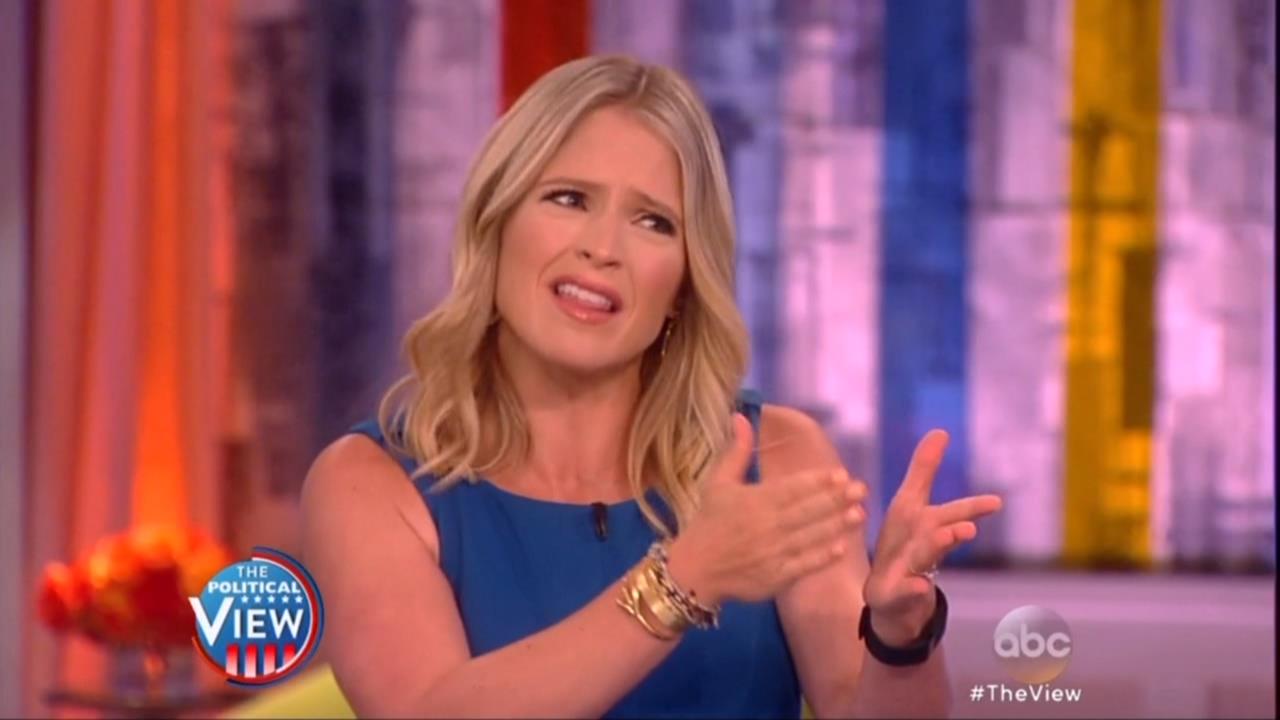 SARA HAINES: [T]he one thing that was really frustrated about watching last night is I found in the climate of our times right now we needed more of a moderate attitude in regard to mood. The one thing that I left with after that was this was so angry, so divisive and it fed off the base of the party

BEHAR: Obama has a demeanor that’s very comforting to people. He doesn't go berserk or acting like a lunatic.

After Bila defended Giuliani’s “angry” tone, she asked why President Obama couldn’t get angry at ISIS, for instance. Then Hostin asked Bila “what’s the difference” between President Obama getting angry at the NRA, instead of ISIS, as if they were comparable “enemies.” 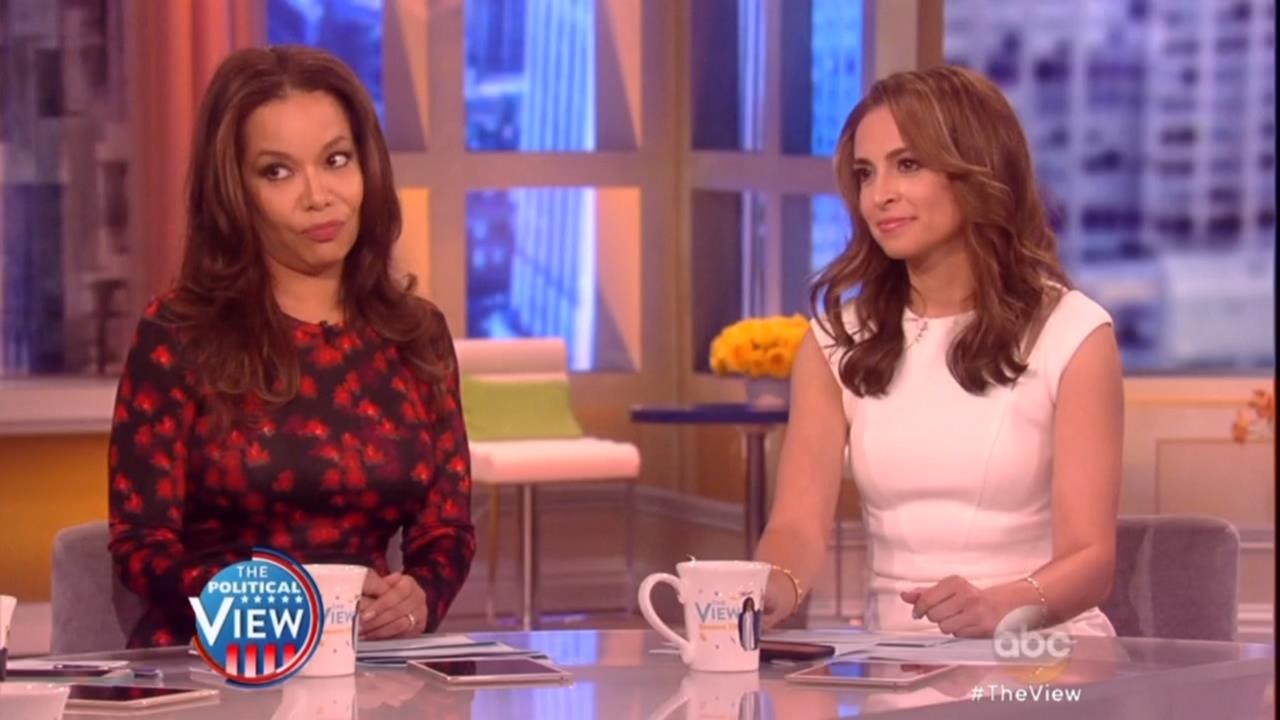 BILA:  ---is that people look at president Obama